All Aboard the Energy Roller Coaster 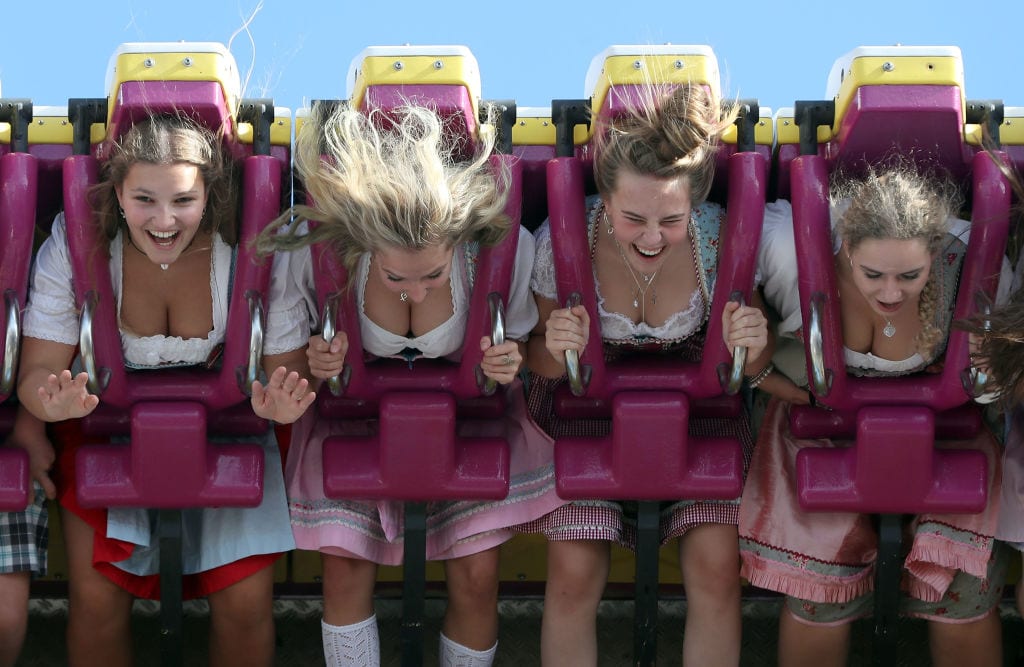 Fasten your lap straps; it's going to be a bumpy ride.

All over the world, especially throughout the advanced Western economies, governments have placed their electorates on a wonderful machine called an Energy Roller Coaster and applauded hopefully as it jerked into life and thrust them forward into a whirling descent of carbon emission levels and shortly afterwards into a terrifying rise of energy prices. Like all roller coasters it’s exhilarating for some, mainly renewable energy companies, and frightening for others, for instance energy consumers, i.e., everyone else, whether industries or regular folk.

The justification for this otherwise quixotic enterprise is that we face a climate emergency that will end civilization and human life as we know them unless we take drastic policy action to prevent world temperature rises reaching a specified level, though the advocates of the policy disagree on the specified level. That’s the background.

Now, the devil working inside the details is that the strength of this argument, namely its simplicity, is also its weakness. The simplicity is the scientific truth that, other things being equal, rising levels of carbon dioxide will produce higher temperatures. That’s true and largely uncontested. But other things are not equal. There are in fact three unequal things, three kinds of logical obstacles to the simplicity of the argument.:

If the science is unsettled even slightly, a very serious conflict will inevitably loom into view. On the one hand a vast, expensive, and powerful international machinery of governments and UN agencies now exists to promote the strategy of climate mitigation which they have successfully transformed into the world’s largest secular religion. It won’t want to rethink that strategy, and its intellectual supporters among both scientists and humanities intellectuals will be morally outraged at any such idea. On the other hand, the high costs of that strategy are gradually being imposed on electorates for which until now voting for Green policies has been a very lazy exercise in virtue signaling. It’s the classic case of an irresistible force meeting an immovable object.

The first serious signs of this conflict emerged in British politics only one week after the Appeals Court told the British government that it cannot enable Heathrow Airport to build a third runway until it has complied with its legal obligation to publish a National Planning Statement on the matter (as I reported here last week.) On the one hand the British government announced or leaked a series of measures to implement its deep green agenda of net-zero carbon emissions by 2050 (inspired or compelled by its need to make an international success of a major climate change conference it will be hosting in Glasgow in September.) An end to petrol and diesel cars and fracking had already been announced. It added to that the revival of onshore wind farms (which are greatly disliked in rural areas since they seem to be disproportionately sited in places of outstanding natural beauty), and the renewal of subsidies to the renewables industry (on the paradoxical grounds that they are now on the way to becoming profitable.) And it has been leaked that the new Chancellor will end the ban on increasing the fuel tax which, when proposed by an earlier chancellor, provoked a rare outbreak of civil disobedience by Britain’s oppressed car owners. Sherelle Jacobs senses another rebellion brewing in the Daily Telegraph:

With its drive to “green” the economy at any cost, the Tory party has seemingly decided to celebrate its populist landslide by bogging down the country in zero-carbon paternalism. And so we career towards another People vs Establishment conflict that could be more explosive even than that sparked by the referendum.

This would have a more immediate impact on the signature new policy of the Boris Johnson government: “[I]t is becoming disturbingly apparent that the Government prizes green targets over “unleashing” Britain’s potential.” And in due course that impact would become directly political: “[W]ith former Brexit Party campaigners organising once again, it won’t take long for people to realise that green tape is suffocating our potential on a scale that rivals red tape from Brussels.”

Oddly, however, they didn’t seem to feel a bit embarrassed just as she didn’t seem to expect any blowback from her withering sarcasm. In fact both sides seemed to be enjoying themselves thoroughly as if playing a good game of charades. And that is exactly what was happening. Policy elites in Western Europe are perfectly content to tolerate outrageous behavior from eco-bolshevik revolutionaries and moralistic teenagers—EU leaders smile paternally on Greta, the British police help Extinction Rebellion to close down roads and bridges—because it allows them to appear the moderate middle between the two extremes of progressive protesters and shortsighted voters. It strengthens them and helps them to sustain their net-zero carbon policy against both economic reality and the very practical opposition of their voters.

That’s not a game that can continue indefinitely. Real economic pressures will eventually overcome adolescent fantasies. For the moment, however, the immovable object has the advantage over the irresistible force.