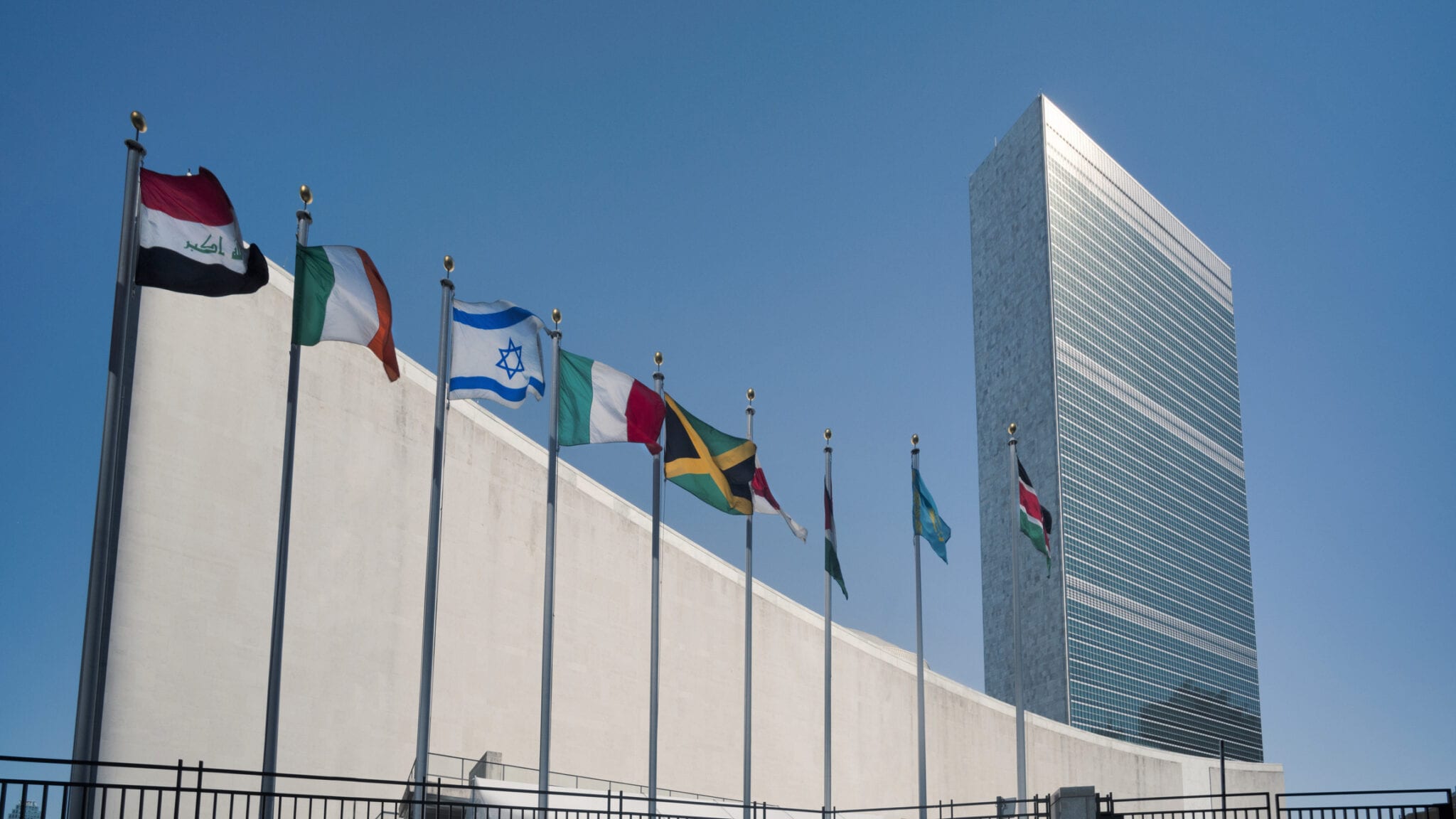 Bring on the suffering.

Constructing and imposing an international orthodoxy is a never-ending task, especially when the orthodoxy imposes heavy costs on those countries and organizations that support it. That’s more clearly true about the orthodoxy on “climate change”—i.e., it’s an “emergency” that means global “catastrophe” very soon unless we take brave corrective measures to avert it—than about any other global “crisis.”

A quite small number of U.N. official have been the drivers of this diplomatic agitprop since it started at the Rio de Janeiro UN Earth Conference in 1992. Of the UN Secretariat’s estimated 37,000 officials responsible to the Secretary General, only eight enjoy the title of UN Secretary, and a further fifty are Deputy Secretaries. In short fewer than a hundred diplomats and ex-politicians have succeeded in cajoling and corralling most governments into adopting policies that require economic sacrifices on their populations for aims that are at the very least questionable. It’s a astounding achievement of sorts.

A questionable orthodoxy needs to be shored up against questions and costs, however, and plenty of both have been coming home to roost in the last year: questioning books by previous believers in the “climate emergency” such as Michael Shellenberger as well as from established sceptics like Bjorn Lomborg; and soberly realistic estimates of the costs of “Net Zero” by 2050, the main plank of UN climate policy, in terms of both greater pressures on over-burdened government budgets and downward life-style changes for the voters. Shrewd political analysts—and that describes the UN Secretariat very well—know that they need additional measure to sustain a potentially rickety consensus. 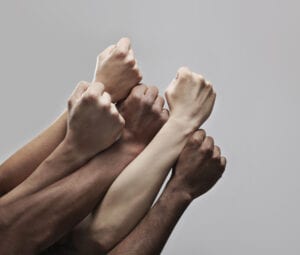 The science is settled, comrades.

Until now, the biggest gun in their arsenal has been the notion of “legally binding” climate treaties that will compel governments to stick with the unpopular consequences of “Net-Zero” policies as they become inescapably evident. It’s a confidence trick. Politicians go along with it because it’s also a method diverting blame for Net-Zero away from them onto the treaty with the argument that “we have to accept international law.”

But there are commonsense limits to that. No government will accept massive economic damage and huge political unpopularity simply because it, or more likely one of its predecessors, unwisely signed a “legally binding” but masochistic and unenforceable treaty.

Some governments won’t even sign a treaty with such dire results in the first place. President Obama never submitted the Paris Accords on Net-Zero for Senate ratification because he knew they’d be rejected. President Trump (while delivering a greater reduction in carbon emissions than any signatory nation because “fracking” fueled a switch to cleaner greener natural gas) was therefore able to withdraw America’s signature on it because Obama’s “executive agreement” had no constitutional force.

And if President Biden seriously intends to make his own switch back to supporting the Paris “treaty” effective, he’ll have to submit the Accords for the Senate ratification from which Obama prudently shrank—or risk another withdrawal of the U.S endorsement by another Trump.

I don’t think Biden will take that risk. But if he does, and given his hostility to fracking, it’s possible that he’ll go down in history as the president who both signed the Paris Accords and presided over a large increase in net carbon emissions. Watch this space.

It’s because the "legally enforceable" gambit is not really enforceable on sovereign states, especially those with democratic governments, that the UN bureaucrats have had recourse to a weapon that is more under their control: namely, bringing the UN Security Council into play. 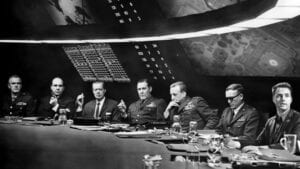 Gentlemen, you can't fight in here.

The UNSC is the single most important and powerful institution in the UN system. According to its own website: “All members of the United Nations agree to accept and carry out the decisions of the Security Council. While other organs of the United Nations make recommendations to member states, only the Security Council has the power to make decisions that member states are then obligated to implement under the Charter.”

This makes the UNSC a very big deal. Its enforcement powers in dealing with “threats to peace and international security” include economic sanctions, arms embargoes, financial penalties and restrictions, and travel bans; the severance of diplomatic relations; blockade; or even collective military action. And if climate change were to be declared such a threat, that would allow—in theory at least—the Security Council to employ these enforcement mechanisms in dealing with it.

Some governments and international agencies have been arguing that climate change is a threat to international security for some time. My take is a highly skeptical one:

[T]hinking about such matters should not be a priority. In comparison with countering the most advanced weaponry being developed by the Russian and Chinese militaries (and also with subversive methods of asymmetric warfare), holding down carbon emissions is a third-order consideration. Truth be told, climate change is not a question of military security at all unless some other power is weaponizing climate change against NATO. That kind of thing happens a lot in James Bond movies—usually through the agency of a mad billionaire. . .  Not, however, anywhere else.

But the United Nations “Climate Emergency” caravan rumbles on regardless. One month ago the UN Security Council had a debate on whether the Council should treat climate change as a “threat to national security,” and all the international chart-toppers were present to sing along from the alarmist handbook.

The session was opened by the UN Secretary-General, Antonio Guterres, and other speakers included President Macron of France, Boris Johnson, the UK Prime Minister, the Biden administration’s special envoy for climate, John Kerry, and a large host of prime ministers, foreign ministers, and other “eminent persons” (an actual UN term.) It’s not necessary to plough through the entire debate, however, because all the speeches said much the same thing, which in the case of the BBC’s long-standing television naturalist David Attenborough was: “If we act fast enough we can reach a new stable state” and the UN conference in Glasgow next November “may be our last opportunity to make this step change.”

My suspicion is, however, that Glasgow will only prove to be the next last opportunity to save the world with many more to come along as the conference circuit. 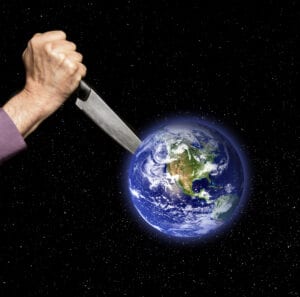 That suspicion is fueled by the fact that it’s not until paragraph nine of the comprehensive account of the discussion in the UN’s own press release that we come to the speech of the Russian Federation’s representative, Ambassador Vassily Nebenzia, who wondered skeptically if climate change issues were really the “root cause” of the conflicts cited by Kerry, Johnson, Macron, and almost all the other dignitaries.

The connection between the climate and conflicts can be looked at with regard to only certain countries and regions, talking about this in general terms and in a global context has no justification.

He concluded that, for Russia, climate change was an issue to be dealt with not by the Security Council with its array of diplomatic pressures and economic and military sanctions, but by the less powerful specialist UN agencies armed only with scientific and economic expertise.

China’s special climate envoy, Xie Zhenhua, after repeating China’s familiar pledge to meet the Net-Zero carbon targets ten years after the West when it would have enjoyed forty years of economic growth built on fossil fuels, said much the same thing:

International climate cooperation should be advanced within the UN Framework Convention on Climate Change.

In one of the conference’s most impressive speeches, India’s environment minister, Prakash Javdekar, argued that countries should meet their earlier targets for carbon emission reductions before embarking on ambitious new ones—a criticism that was all the more powerful because India is one of the few countries to have met its targets. But he too went on to express skepticism about the idea that "climate change" was the cause of conflict.

These three speeches amounted to a Niagara of cold water pouring over the argument that an imminent climate emergency is a threat to peace and security requiring the UN Security Council to intervene to force massive carbon reductions on reluctant member-states.

Consider now that China and India are the two most important economies in Asia, and that Russia is an energy superpower as well. Consider also that Russia and China are two of the five permanent members of the UN Security Council with the power of veto over its decisions, and that India is the Asian country with the best claim to joining them there. When you add up all those facts, the speeches calling for the UNSC to push a reluctant world to implement the hairshirt economic policy of Net-Zero are soon revealed as a dystopian delusion.

To adapt an old gag: the dogs may bark, but the caravan has ground to a halt.

3 comments on “Will the U.N. Security Council Rescue Net-Zero?”