'What Is Climate Change?' 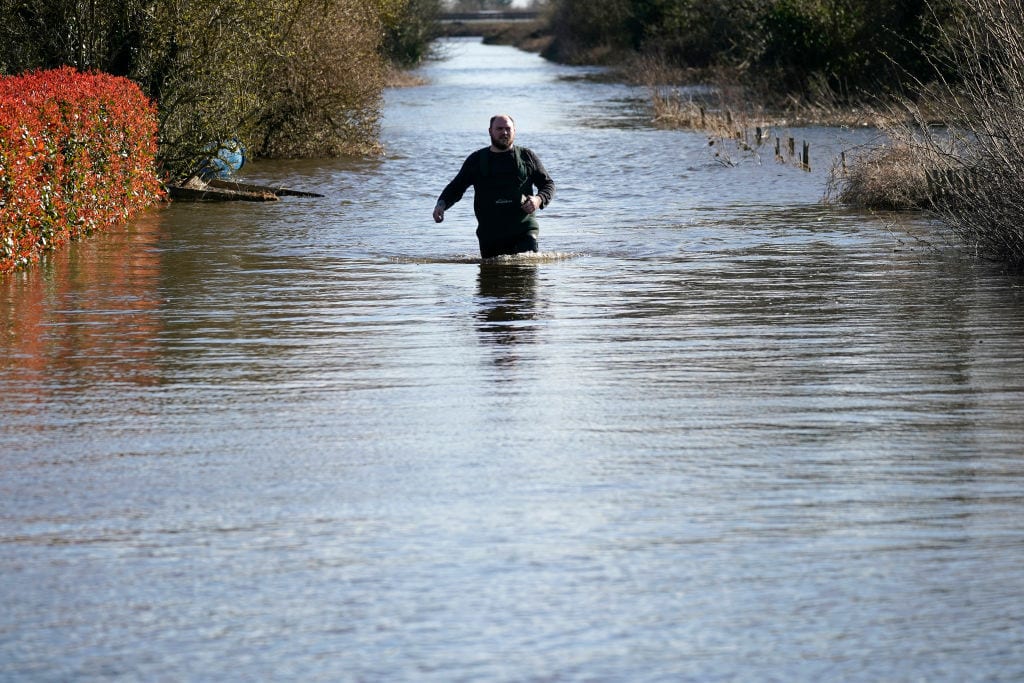 Up the creek without a paddle.

That's the question posed by the all-activism all-the-time BBC in Britain. Some of us fondly remember the days when the Beeb meant I, Claudius or various adaptation of 19th-century English novels, but now it's devolved into a tiresome Leftist scold, trying to frighten the children and mental defectives into believe the world is coming to an end:

In order to believe this arrant hooey, you must believe that CO2 keeps the planet from freezing but at the same time -- because of "an incredibly delicate balance" that seems to have evolved entirely by chance -- you're just going to have to take it on faith that we humans are bollixing everything up: and all in just 50 years! The fact that half a century is just about within the lifetimes of everybody reading this post is entirely coincidental, of course, because like the Holy Ghost, "you can't see it, you can't smell it, but it's actually all around us, and it's at the heart of our climate crisis."

The key to understanding the Religion of Climate Change is making you believe that you are the problem. That's why they're so insistent upon locating this "crisis" within living memory.

Here's more coordinated harum-scarum with an English accent. (Weasel words, as always here at The Pipeline, are highlighted in bold.) Notice how, at the outset, "global warming" -- we're back to that again -- is immediately linked to another phantom menace, Covid-19:

While Covid-19 has shaken much of human society, the threat posed by global warming has not gone away. Human activities have increased carbon dioxide emissions, driving up temperatures. Extreme weather and melting polar ice are among the possible effects.

The Earth's average temperature is about 15C but has been much higher and lower in the past. There are natural fluctuations in the climate but scientists say temperatures are now rising faster than at many other times. This is linked to the greenhouse effect, which describes how the Earth's atmosphere traps some of the Sun's energy. Solar energy radiating back to space from the Earth's surface is absorbed by greenhouse gases and re-emitted in all directions. 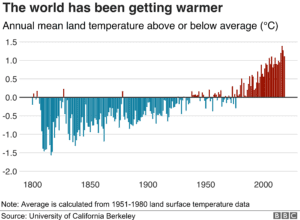 This heats both the lower atmosphere and the surface of the planet. Without this effect, the Earth would be about 30C colder and hostile to life. Scientists believe we are adding to the natural greenhouse effect, with gases released from industry and agriculture trapping more energy and increasing the temperature. This is known as climate change or global warming.

Note the Note at the bottom of the graph: "Average is calculated from 1951-1980 land surface temperature data." Why not calculate the "average" from say, 476 A.D. and the Fall of the Roman Empire to the turn of the sixth century? Wouldn't that be just as representative of what the ideal "average" ought to be? Cherry-picking a 29-year period within most of our lifetimes is sure to make some point -- but "warming" isn't it. Global-warming "science" is like taking the batting average of a marginal player on a hot streak in spring training and projecting it out over the course of a ten-year major league career.

But that doesn't stop the Beeb or the other climate-change nutters, of course, who are now frightening the horses with images of the volume of sea water swelling as it heats up, soon to overrun all the world's major land masses. Where's Noah when we need him?

There is uncertainty about how great the impact of a changing climate will be. It could cause fresh water shortages, dramatically alter our ability to produce food, and increase the number of deaths from floods, storms and heatwaves. This is because climate change is expected to increase the frequency of extreme weather events -- though linking any single event to global warming is complicated.

No kidding! But as long as we're on the subject, warming/change will affect the poor and people of color hardest, so why not give up beef you selfish bastards and stop using fossil fuels to move about and heat your houses because as warming/cooling/change happens you're going to be plenty warm/cold anyway and so just die already and save us the trouble of killing you.

They didn't actually say that. But you know they mean it.

5 comments on “'What Is Climate Change?'”