The Vatican vs. Fossil Fuels 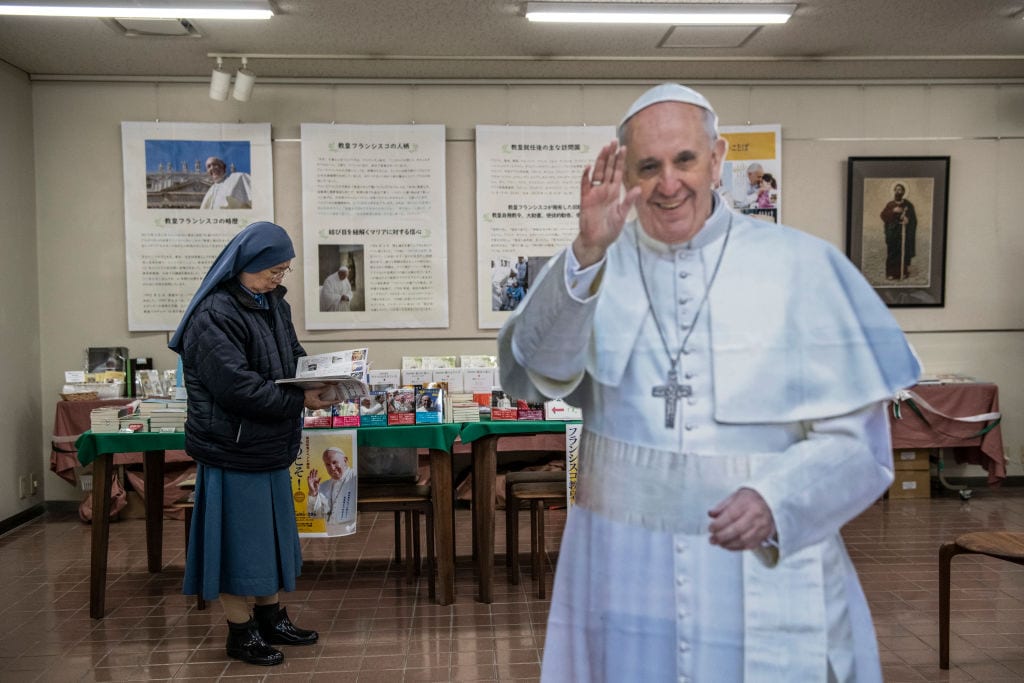 Pope Francis has turned out to be the most radical of modern popes, a social-justice warrior who regularly injects his opinions regarding various climatological and energy issues that have only the most tenuous connections to matters of faith of morals. And away we go:

The Vatican urged Catholics on Thursday to disinvest from the armaments and fossil fuel industries and to closely monitor companies in sectors such as mining to check if they are damaging the environment. The calls were contained in a 225-page manual for church leaders and workers to mark the fifth anniversary of Pope Francis’ landmark encyclical “Laudato Si” (Praised Be) on the need to protect nature, life and defenseless people.

The compendium suggests practical steps to achieve the goals of the encyclical, which strongly supported agreements to contain global warming and warned against the dangers of climate change. The manual’s section on finance said people “could favor positive changes ... by excluding from their investments companies that do not satisfy certain parameters.” It listed these as respect for human rights, bans on child labor and protection of the environment.

There is certainly some theological justification to the Pope's view that all life matters, to coin a phrase, and that protection of the earth is a part of that. But to unhesitatingly adopt climate-change "science" with acknowledging the leftist politics behind it and then give it the imprimatur of the Holy See is surely taking it too far.

Called ‘Journeying Towards Care For Our Common Home’, one action point called on Catholics to shun “shun companies that are harmful to human or social ecology, such as abortion and armaments, and to the environment, such as fossil fuels." Another section called for the “stringent monitoring” of extraction industries in areas with fragile ecosystems to prevent air, soil and water contamination.

The document urges Catholics to defend the rights of local populations to have a say in whether their lands can be used for oil or mineral extraction and the right to take strong stands against companies that cause environmental disasters or over-exploit natural resources such as forests.

Benedict XVI's still-mysterious abdication in 2013 continues to be more and more regrettable.