THE COLUMN: The Specter That Haunts America 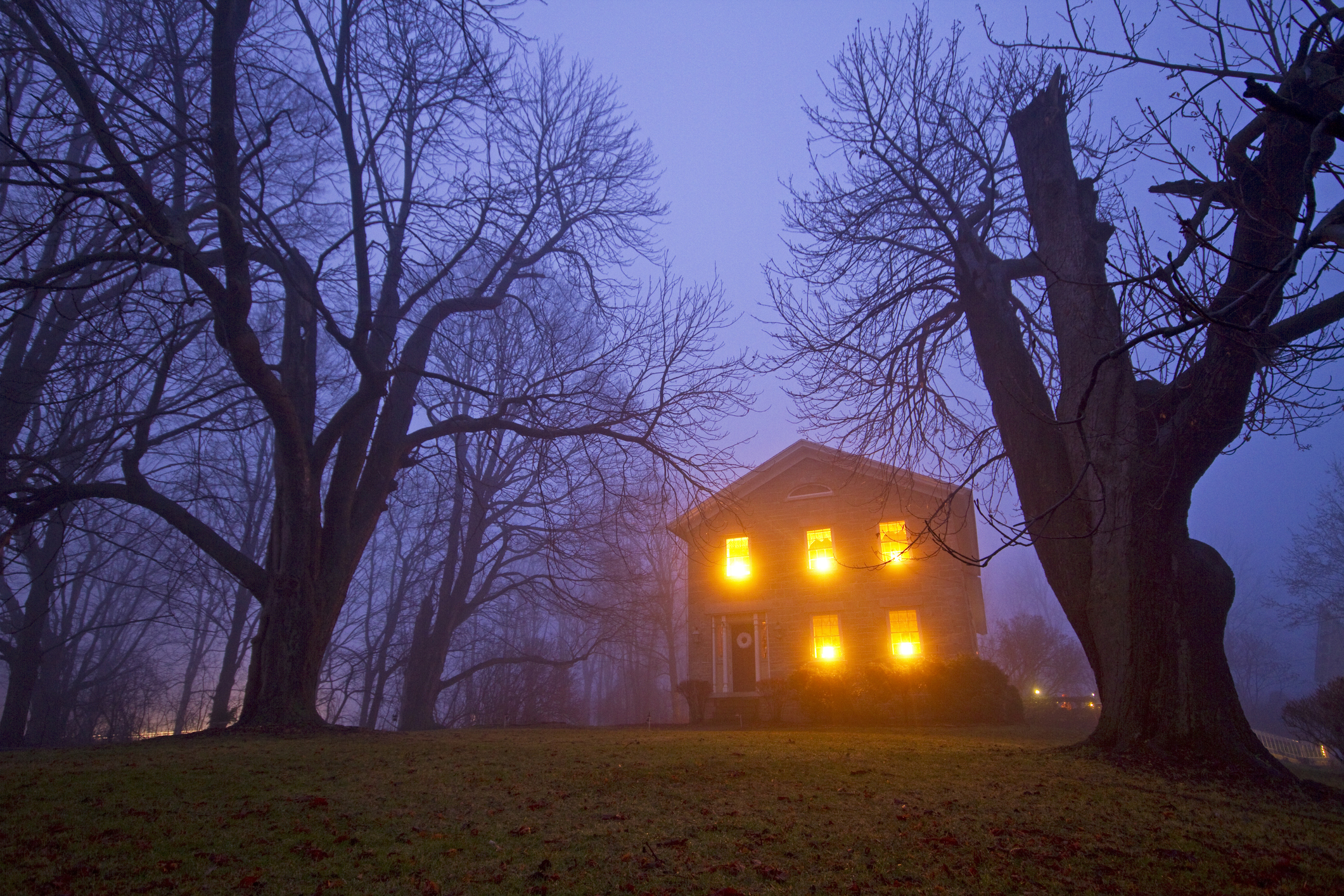 How long must our national nightmare continue?

A specter is haunting America—the specter of the Democrat Party. Like an evil spirit that cannot be exorcised, the Democrats have been plaguing the United States since Aaron Burr shot and killed Alexander Hamilton in 1804. Ferociously pro-slavery, the Democrats divided the country practically from its inception, blocked the path to abolition and eventually took up arms against the nation after the election of the first Republican president, firing on Fort Sumter and seceding en masse from the Union. And, a week after they had lost that war, one of them assassinated Abraham Lincoln, elevating a Democrat from a Confederate state to the presidency, and plunging the country into more needless turmoil.

With a track record like this (read all about it) it's a wonder the party is even still legal. And yet, after the bloodiest war in our history—and with a sizable component of "peace Democrats" in the North actively rooting and voting against Lincoln in the election of 1864 while supporting his opponent: the failed Union general George McClellan—they're still around to plague us. It wasn't until the arrival of Ulysses S. Grant as commander of all the Union armies in 1864 that Honest Abe found the right man for the job: someone who would mercilessly crush the life out of the Democrats and their armies, destroy slavery, and reunite the states. 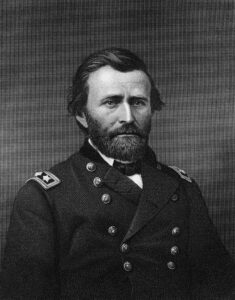 Come back, Ulysses, your country needs you.

Then, as now, the media was the enemy of the Republicans. The southern newspapers were rabidly supportive of the rebel cause, but the northern press was rife with naysayers, crybabies, and bedwetters for whom no victory was good enough, and every defeat proof positive that Lincoln was an ape and Grant was a drunk. Nonetheless, Grant shook off fierce media criticism of his bloody but critical victory at Shiloh in 1862 and a few years later accepted Lee's surrender at Appomattox Court House, Va.

Who is our Grant today? Rather than being ashamed of their explicit anti-Americanism, the modern Democrats have doubled down on betting against the U.S.A. Their shambolic, cognitively crippled president shuffles through one executive order after another, signing anything his handlers in the exiled Obama administration up in Kalorama shove under his nose. The domestic energy industry has been at least temporarily hobbled, our woke armed forces are an international joke, career criminals like George Floyd are elevated to secular sainthood, and behavior that not long ago would have gotten you arrested for child abuse, such as "transgender"  hormone blockers for toddlers, or for contributing to the delinquency of a minor with explicit homosexual propaganda in grade school. Democrats hail these "advances" with their usual blather about "breaking barriers" and "pushing boundaries" but anyone with an ounce of common sense knows what they're really up to.

The midterms are still eight months away but Real America is crying out for succor right now. Gasoline, home heating oil, electricity, natural gas—the prices continue to soar, already past the point of recent plausibility and heading into economic terra incognita. Millions of illegal aliens pour across the nearly erased southern border. A befuddled Joe Biden threatens to sleepwalk us into an armed conflict with the ghost of the old Soviet Union in the form of Vladimir Putin's Russia, and disinformation is rife on both sides of the conflict in the Ukraine. In a parliamentary system, Biden's government would have fallen right after the debacle in Afghanistan—but barring a miracle we've got another three years to suffer.

For just over a year, Americans have watched with admirable patience as their economy collapsed, their legal system was perverted to serve the interests of a few, their nation's military degraded, and their freedom of speech subverted via the government's fascistic and unconstitutional co-opting of the social media sites. Meanwhile, woke corporations and a thoroughly compromised media crack down on the commercial and personal privacy of anybody that runs afoul of the New Normal while manic Greens demand a return to the days of three-masted schooners and windmills. Such relentless cultural and economic sabotage would be considered an act of war if done by anyone else—but here it goes by the fellow-traveler names of "dissent," "patriotism," and "progressivism." 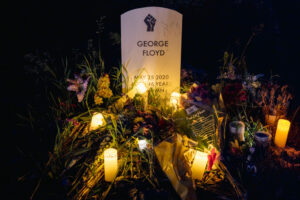 Ask not for whom the bell tolls; it tolls for thee.

For a time, it seemed as if Donald Trump might be the answer. Deeply flawed personally, Trump had everything break his way in 2016, including the good fortune of running against the most repellant figure in the Democrat Party at that time, Hillary Clinton. But with Covid-19 weaponized against him, first in a Chinese lab, then by the CDC and a bona fide madman named Anthony Fauci, Trump was unable to overcome his provoked overreaction to the phantom Covid menace, the unconstitutional changes made to swing state electoral systems, a senescent Biden, and his own inability to control his mouth, and shamefully lost in 2020.

As we learned in the back alleys of Berlin and Moscow during the Cold War, the way to fight shadows is with other shadows; America could do worse if we had some semblance of the British shadow-cabinet system. British election campaigns are short, and the transition time between governments brief, because the voters already know who would take over if and when the current government falls. Instead, we prolong our nominating processes for a year or eighteen months before getting to the endless campaign itself. After which we waste two months "transitioning" and then suffering through a honeymoon period (except in the case of Republicans) during which the new Man of the Hour can do no wrong, but much damage can be done to the nation. The first thing Biden did, for example, was trash the Keystone XL pipeline from the oil fields of Canada to refineries in and around the Texas Gulf Coast—which is one of the principal reasons gas is now pushing five bucks a gallon.

We don't have shadow cabinets, but we do have two shadow presidents. One is Trump, who is making noises about running again, largely on a platform of grievance and revenge for his loss in 2020. Whether this would be enough to boost him back into the White House is questionable; while he may have received more than 70 million votes, the fact still remains that even more people voted against him. He lost the 2020 election as he had won the 2016 election: narrowly. But Trump will be 78 years old in 2024, one year younger than the tottering Biden is now.

The other is Florida governor Ron DeSantis. Smart, pugnacious, and unflappable, DeSantis has emerged as the chief thorn in Joe Biden and the Left's side. After his narrow win over a guy who was later found dead drunk in a Miami Beach hotel room he was sharing with a gay porn producer who had overdosed on crystal meth, DeSantis has cemented his hold on the former swing state, turning it solid red. Unlike Trump, who at the moment is powerless, the squeaky-clean DeSantis upstages Biden and the Democrats on a regular basis; his canny and unflappable handling of the "pandemic" has given rise to a new nickname for the Sunshine State: the Free State of Florida. 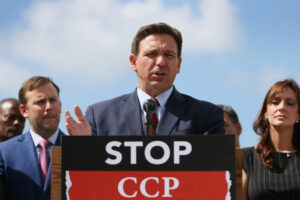 Message to China: up yours.

DeSantis, 43, can make no public noises about seeking the presidency at this point. He must get past his re-election for governor in the fall first and hope the voters rally to take back control of Congress from the narrowest-of-narrow Democrat majorities. With his wife, Casey, now seemingly recovered from a bout with cancer, he is sitting pretty.

It's widely thought that if Trump declares, DeSantis will wait his turn in 2028. But why should he spend four years on ice behind a lightning rod with no further political future? Polls already show him creeping up on Trump and a smashing re-election victory will only gain him more prominence. Lots can happen in three years, especially when his possible primary opponent is getting on in years. After Biden, will America want another geriatric president? Or will the voters prefer a guy 32 years younger, with nothing but upside?

The chances of Biden's running again are next to nil. If the Democrats could figure out a way to get rid of him without elevating the albatross known as Kamala in his place, they'd have already done it. Further, there's no apparent successor to Biden on the donkeys' side; should Biden somehow stumble toward a second term, a Biden-DeSantis matchup would be worth putting on pay-per-view. We could retire the national debt on the debates alone.

Meanwhile the shadows cast by DeSantis are lengthening, the clock is ticking, and all he has to do is wait. Now, a specter is haunting the Democrats. It's about time.

Listen to the author speak about this article and other things at the CutJib Newsletter podcast with CBD and JJ Sefton from Ace of Spades.

26 comments on “THE COLUMN: The Specter That Haunts America”