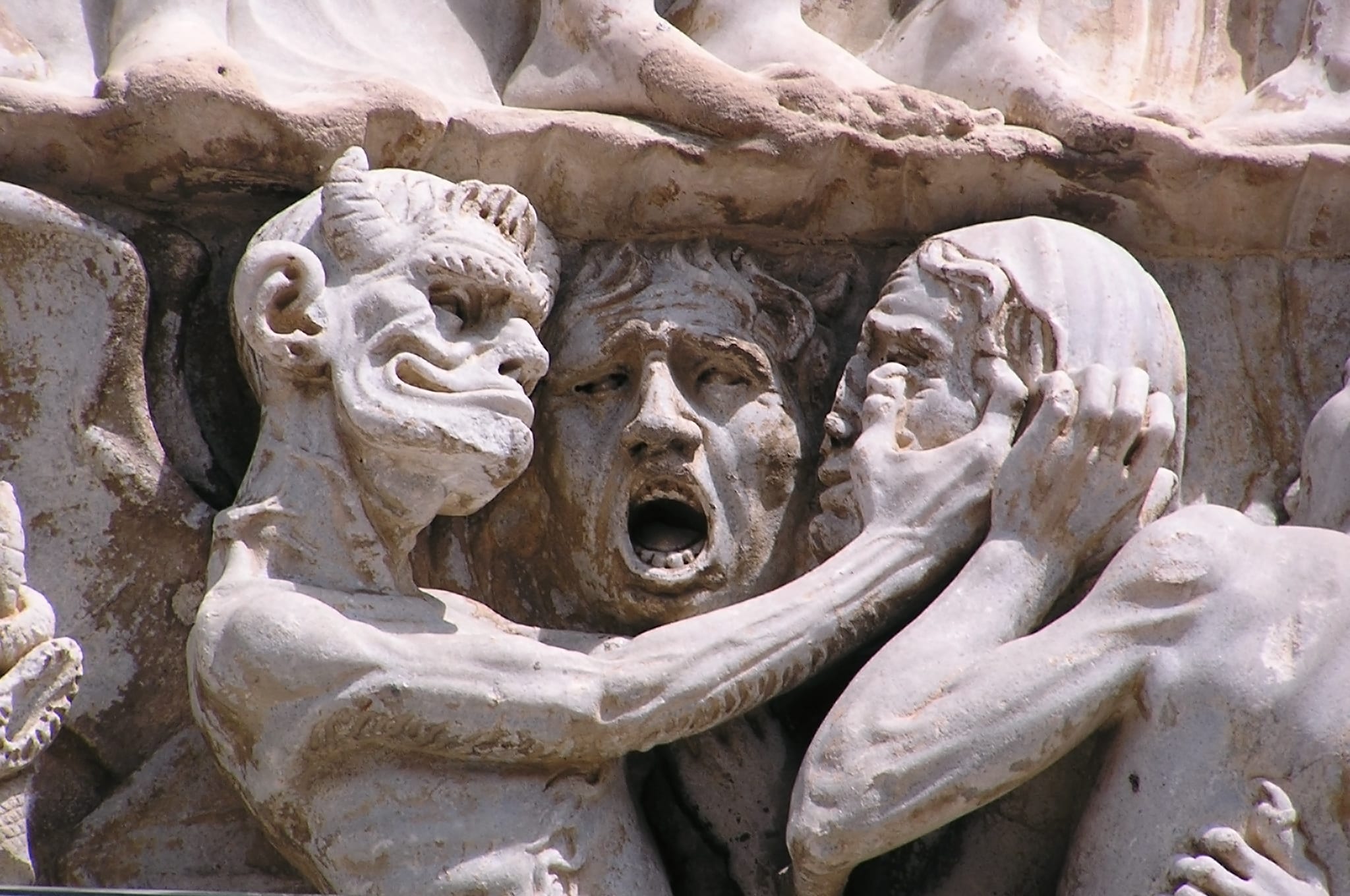 A multi-faceted agenda aimed at undermining who we are.

The year was 1990/91. I was chief economist at State Bank Victoria. Economic times were tough. Soaring oil prices had pushed economies into recession. In Australia unemployment topped 10 percent. My bank, lumbered with a failed subsidiary, was hard hit and would have gone under. The government forced a takeover. The Commonwealth Bank took us over.

Best person for each job was the announced deal. It turned out that the Commonwealth Bank invariably had the best person. I was out. This isn’t a sob story but it’s no fun to be out of work with children to support. It took me months of “networking” (aka groveling) to find a job. And my point?

I knew why I’d lost my job. It was explicable. Oil prices had risen because of the Gulf War. I had picked the wrong bank. Those who worked for this bank were never going to be preferred over those in similar positions in the dominant bank. Human nature and self-preservation were at work.

I wasn’t sacked because I didn’t toe the politically-correct party line. My future employment wasn’t compromised. I didn’t become persona non grata -- an unperson as Orwell put it. 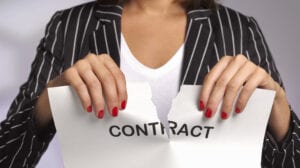 Your existence is neither required nor desired, comrade.

This came to my mind in context of a recent report in the New York Post. The report referred to Karen Ames, a middle-aged school superintendent, threatened with termination because she wasn’t in sync with ‘critical race theory’ and, sadly, forced to accept demotion to try to preserve her pension.

A veteran Bronx superintendent once praised by Chancellor Richard Carranza for her successes in the classroom claims her career was derailed by his “equity” agenda — forcing her to take a demotion in a desperate bid to preserve her pension, according to a $150 million lawsuit.

Karen Ames, a 30-year Department of Education employee, says she was targeted by Carranza’s “Disrupt and Dismantle” campaign to oust or marginalize longtime employees because she is over 40, and Jewish.

Ames was grilled about her “ethnic background,” chastised by a colleague at a training session when she shared her grandparents’ experience during the Holocaust in Poland, and “admonished” when she declined requests at superintendents meetings to take part in the comic book movie-inspired “Wakanda Forever” salute to “black power,” she charges in the legal filing.

To be pushed out of employment, under a cloud for having the ‘wrong views’, is no small thing. When your employment is at stake you can be cowed; threatened with the destruction of your ability to provide for yourself and your family. It is an evil thing to do to someone. Hold that thought.

Peter Ridd loses his employment with James Cook University for criticising his colleagues’ conclusions on threats to the Great Barrier Reef. That’s the reef which has to be kept under continual and ever-evolving threat to keep the research dollars flowing. Truth be damned. 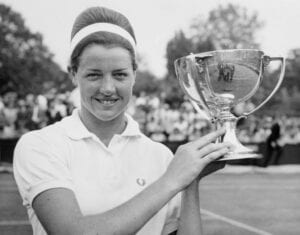 Israel Folau and Margaret Court are harassed unmercifully. He loses his ability to play rugby in Australia for accurately paraphrasing Corinthians 6:9-11. Court, holder of a record twenty-four tennis Grand Slams, and now a pastor, is vilified at every opportunity for daring to oppose gay marriage. The Bible be damned.

Thankfully, Ridd, Folau and Court, have the standing and ability to take care of themselves and fight back. What of those not so positioned, like Ms Ames? Who will protect them from the scolds? The answer, unfortunately, is no-one. Those who might once have protected them are gone; replaced.

The great (progressive-cum-woke) replacement is all but complete across public services, universities, schools, the mainstream and social media, big tech, big banks, big corporates, union leadership and even among the upper echelons of police and defence forces. And, almost unbelievably, science is succumbing.

Bob Carter, who I reference in my previous post, bemoaned the loss of the null hypothesis when it came to global warming. The null hypothesis is standard scientific fare, or used to be. In this case it would be framed as man-made CO2 having no material effect on warming. A high bar would have to be met before rejecting that hypothesis. Instead, as Carter pointed out, the onus of proof had been reversed. Proving the alternative hypothesis to be wrong became the standard. And to confound Popper, showing how it might be falsified became passé.

Conservatives struggle to grasp the latest inanity being foisted on (western) mankind. The mistake made is to treat each instance as being isolated. They all emerge from the same hellhole.

Take Rachel Levine (Please do!). How is it possible that Joe Biden’s nomination for the position of assistant secretary of health is a man comporting himself as a woman, who is on record as advocating puberty blockers for children who express discomfort with their bodies?

How is it possible that despot Dan Andrews -- who recently locked down his whole state of Victoria here in Australia again on account of a few positive Covid tests -- can say, “each of us deserved to be safe, valued and respected for being who we are,” when referring to an Act of the Victorian Parliament which abuses children by prohibiting them from being counselled and challenged on the risks of changing their secondary sexual characteristics?

You see the problem. Whether it is confounding science by dressing up hypotheses as facts, or sowing confusion among children by teaching them that they might be in the wrong bodies; or ruining women’s sports by forcing them to compete against biological males; or preaching divisive ‘critical race theory’; cancelling people whose views are out of sync with goodthink; mindlessly tearing down statues;  risibly ‘taking the knee’; or, idiotically, renaming mothers as gestational parents and breastfeeding as 'chest feeding'. No rational sense can be made of any it in isolation. Try to and risk your mental health.

And on the topic of messing with rational minds? How about locking people away for months on end, double-masking them, and destroying livelihoods in order to ward off a virus which has no serious effects on well over ninety-nine percent of those who catch it. Consult Worldometer. As at February 27: 21,915,328 active cases; serious or critical cases 91,057, or just 0.4%. Confected Covid alarmism trumps even its climate counterpart.

What’s going on? It’s not gaslighting; though it has that appearance. It’s a multi-faceted agenda, however loosely held together, which is aimed at undermining who we are. To spread division and fear, to tear down our values; to assault Christianity, the traditional family and patriotism and, of course, to reset, i.e., destroy, free-market capitalism. In other words, to bring our peerless civilisation to its knees. It’s an offshoot of Marxism but worse. Marxism has a creative end game -- albeit a delusional workers’ utopia. This has no end game like that. Its end game is destruction.

Destruction is the opposite of creation. One is evil; one good. In my view we have to start identifying evil for what it is and put aside our inclination to give the benefit of the doubt to those who, for example, want our children taught gender theory from pre-school onwards. This isn’t just a matter of having different opinions. This is a battle and, figurately speaking, we better get armed. While I suspect most of those who go along with the destructive agenda are dupes, some are pulling the strings.