THE COLUMN: 'Our Democracy' Needs a Great Reset

Time to restore the American Republic, by any means necessary.

You know the American Republic is on its last legs when those trying to destroy it consistently refer to it as "our democracy," which is exactly what it is not and what it was never intended to be. Historically, democracies don't last long, because they quickly turn into tyrannies after passing through the parasitical stage. Democracy in ancient Greece was hardly what we might call "democracy" today, as voting was restricted males with a stake in the system. No votes for women, slaves, or helots. The young male hoplites of Athens had to complete military training as ephebes to earn their right to vote, and not simply achieve their majority, which was effectively 20; additionally they had to buy their own armor and weapons and be prepared to go to war on practically an annual basis. (Any resemblance between this society and the world of Starship Troopers is entirely intentional.)

Modern experience has taught us that essentially plebiscitary democracies, in which the "right" to vote is applied indiscriminately, and for which there are no qualifications (in some cases, not even breathing) eventually collapse once the citizenry discover they can vote themselves money without having to work for it. Roman democracy in the days of the Republic was a horse-trading racket which gradually broke down during the civil war between Sulla and Marius into a street thugocracy. Caesar's attempt to yank the Republic back from the brink went down in a hail of knife thrusts on the Ides of March in 44 B.C. Augustus called himself Princeps (first citizen) instead of Emperor (which had been a military honorific) but by the time of Tiberius, the Republic was one in name only and Rome had become an Empire, with a command-and-control centralized leadership and a huge, strangulating bureaucracy that made itself very, very rich. 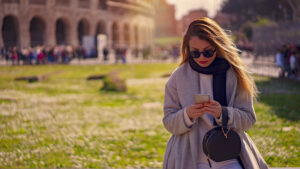 If these walls could talk...

And that is what eventually spelled its doom. But don't take it from me, take it from Edward Gibbon in The Decline and Fall of the Roman Empire, first published in the epochal year of 1776:

Wherever the seat of government is fixed, a considerable part of the public revenue will be expended by the prince himself, by his ministers, by the officers of justice, and by the domestics of the palace. The most wealthy of the provincials will be attracted by the powerful motives of interest and duty, of amusement and curiosity. A third and more numerous class of inhabitants will insensibly be formed, of servants, of artificers, and of merchants, who derive their subsistence from their own labor, and from the wants or luxury of the superior ranks.

...it was artfully contrived by Augustus, that, in the enjoyment of plenty, the Romans should lose the memory of freedom. But the prodigality of Constantine could not be excused by any consideration either of public or private interest; and the annual tribute of corn imposed upon Egypt for the benefit of his new capital, was applied to feed a lazy and insolent populace, at the expense of the husbandmen of an industrious province. 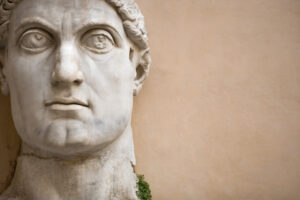 And here we are: a lazy and insolent populace demands that others feed, house, and clothe them at public expense, in exchange for doing nothing civically useful. And yet we are constantly told by the enemies of the Republic (who aptly call themselves "Democrats") that the "right" to vote is "sacred" and "sacrosanct," which is pretty rich coming from professional atheists and nihilists who believe only in tearing down whatever is good. Unsurprisingly, these are the same people who hate the Constitution and are now open in their advocacy of its destruction.

Let's start with this gem, by "doctors" Ryan D. Doerfler and Samuel Moyn, law professors at Harvard and Yale:

Constitutions — especially the broken one we have now — inevitably orient us to the past and misdirect the present into a dispute over what people agreed on once upon a time, not on what the present and future demand for and from those who live now. This aids the right, which insists on sticking with what it claims to be the original meaning of the past.

Arming for war over the Constitution concedes in advance that the left must translate its politics into something consistent with the past. But liberals have been attempting to reclaim the Constitution for 50 years — with agonizingly little to show for it. It’s time for them to radically alter the basic rules of the game.

One might better say that it's time to sack both Harvard and Yale and sow salt in their ashes as enemies of the Republic and threats to the American way of life. You know, the way the Roman Republic treated the Baal-worshipping Phoenician/Levantine/Canaanite outpost city of Carthage at the end of the Third Punic War in 146 B.C., after which Carthage become a prosperous and productive Roman burg in the province of Africa until its conquest by Muslim Arabs in 698 A.D. 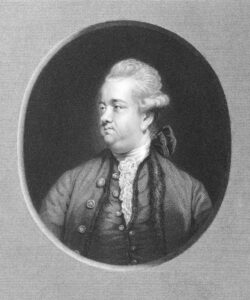 Gibbon: right all along.

Behind door #2 we find this gem, a cowardly unsigned contribution to the Harvard Law Review called "Pack the Union: A Proposal to Admit New States for the Purpose of Amending the Constitution to Ensure Equal Representation." A sample:

To create a system where every vote counts equally, the Constitution must be amended. To do this, Congress should pass legislation reducing the size of Washington, D.C., to an area encompassing only a few core federal buildings and then admit the rest of the District’s 127 neighborhoods as states. These states — which could be added with a simple congressional majority — would add enough votes in Congress to ratify four amendments: (1) a transfer of the Senate’s power to a body that represents citizens equally; (2) an expansion of the House so that all citizens are represented in equal-sized districts; (3) a replacement of the Electoral College with a popular vote; and (4) a modification of the Constitution’s amendment process that would ensure future amendments are ratified by states representing most Americans.

In short, we have to destroy the Constitution in order to save it. But why let the Left have all the fun? If we really want to defend our Republic -- and do away with "their democracy" -- it's time to get busy. Institutional capture is something conservatives are terrible at, in part because they don't realize our institutions of government, faith, and learning are even subject to capture. That's in part because traditionalists consistently underestimate the satanic maliciousness of the Frankfurt School and because they have not heeded John O'Sullivan's famous formulation that "any organization not explicitly right-wing sooner or later becomes left-wing," often incorrectly ascribed to the late Robert Conquest.

So instead of destroying the Constitution in order to appease the Alinskyite malcontents on the Left (Rule No. 4: "Make opponents live up to their own book of rules. You can kill them with this, for they can no more obey their own rules than the Christian church can live up to Christianity"), why not simply roll things back and restore it? Where that restoration point would be is open to discussion, but at the very least it ought to include the abolition of most of the amendments after 1900, starting with those of the "Progressive" era, and certainly including the 26th, another of Ted Kennedy's gifts to the country that saved his immediate ancestors from the Great Famine in Ireland.

What do you think? How do we restore Our Republic? I'll have some specific ideas next week, but the floor is now open for suggestions from those of you who do not think the United States of America was illegitimate from the jump, treasure it as one of the highest achievements of the Enlightenment, and reject central-European socialism in all its serpentine manifestations.

You want a "Great Reset"? Here's your big chance. Over to you.

42 comments on “THE COLUMN: 'Our Democracy' Needs a Great Reset”