THE COLUMN: 'A Man Who Could Have Been Great' 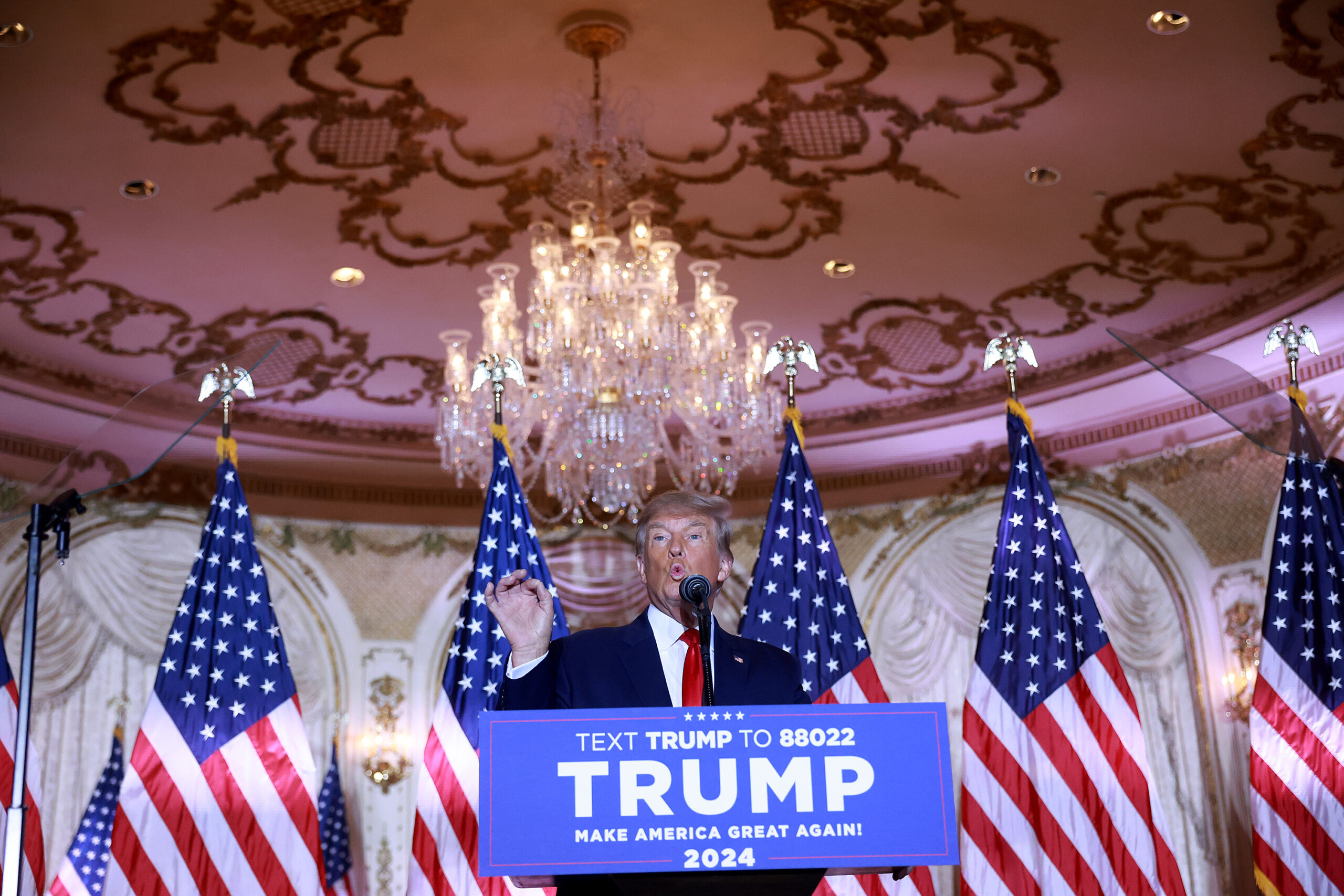 One of the best and most poignant moments in the underappreciated 1999 TV movie, RKO 281, about the making of Citizen Kane and the battle between William Randolph Hearst and the brash upstart Orson Welles, comes when Hearst, defeated, broke, and broken, defends himself and the choices he's made in an argument with his mistress, Marion Davies:

Hearst seemed to have everything: wealth, political influence, multiple homes, a beautiful actress-mistress in California and a wife and five sons back home in New York. And, of course, a media empire that included prominent newspapers across the country. He tried his hand at politics, serving two terms in the House as a Democrat, but losing races for the Democratic presidential nomination in 1904, mayor of New York (twice), and governor of New York. Relentlessly acquisitive, he eventually spent himself into penury, losing control of his company and retiring into seclusion. As James Cromwell, the actor portraying Hearst in the film cited above, says: "I am a man who could have been great, but was not."

If that reminds you of anybody, join the club. Donald J. Trump's recent lackluster announcement that he will seek the GOP nomination for president of the United States in 2024 has a Hearstian air about it, the last cry of a wounded bull who could have been great during the four years the nation allotted him in the Oval Office, but was not. Of course, he did some splendid things with both the economy and in the realm of foreign policy, most if not all of which have been overturned, reversed, and otherwise destroyed by the regime of the doddering Joe Biden. But he failed early and often to grasp the peril he was in, emanating not only from his avowed enemies but also from the vipers right in his own breast: his daughter Ivanka and her husband, Jared Kushner (known around the West Wing as "the Democrats"). 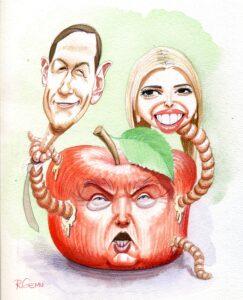 Worms in the apple.

Worst of all were his catastrophic errors in personnel judgment and his own insatiable craving for the love of people who loathed him. "The president thinks he can get anyone to like him," a top administration official told me early in the term, and those words certainly suit for Trump's political epitaph.

Losing a very winnable campaign for re-election, however, was the unpardonable sin. Before you start shouting "what about the Steal?" let me remind you that just before the election, I wrote a column in the Epoch Times laying out exactly how the Democrats were going to steal the election. Perfectly legally, too.

Already some 60 million ballots have been cast either by mail or via “early voting.” More votes undoubtedly will come in before Nov. 3, not to mention absentee ballots from residents and military personnel living and stationed overseas. In sum, a record number of votes will be cast by people without all the necessary information to make an informed choice on Nov. 3.

The idea behind elections is one man, one vote, one time, on one day. This ensures that everyone has equal access to all the information available about the two candidates at the same time. Thus, an election is a snapshot in time, binding for a certain period of time, and reflecting the will of the citizenry at that moment. Which is the way it should be, and has been since the ancient Greeks and Romans. What we have today is, in effect, a rolling plebiscite.

But there were rallies to be held (why?) and barbs to be traded with the media, while meanwhile the Democrats were laughing all the way to the drop boxes where the votes were already banked and the election already decided.

After two straight election disappointments, the GOP finally seems to be waking up to reality. Naturally, they've grasped it by the wrong end of the stick, and now are being advised to emulate the Democrats rather than re-establishing the notion of one-man, one-vote, one-day. But trying to out-cheat a lawyer-ridden party like the Democrats is a fool's errand; the Republicans just don't have the necessities for it, and so they'll continue to lose around the margins in crucial states, which as we've just seen twice is all is takes.

But do we hear Trump making this case? Of course not: Almost nothing in that statement is true. As we've seen, there was no "massive and widespread fraud & deception," just the workings of the systems the Democrats, with GOP acquiescence, have put in place over the past decade or so. Yes, the big tech companies colluded with them; just how deep in the tank for the donkeys they were we are just now seeing thanks to Elon Musk. But Trump's query is just nuts: throw out the election results and declare him winner or have a new election? Even were such a thing possible, would it be advisable? That way lies anarchy, and possibly civil war.

Trump really got himself into trouble with his next statement. "A Massive Fraud of this type and magnitude allows for the termination of all rules, regulations, and articles, even those found in the Constitution." The only sane response is—and immediately was—are you nuts? It does no such thing!

The former president's dwindling band of defenders promptly jumped in to "clarify" that what he really meant was not "allows for" but something more like "leads to" or "results in." That, however, is not what he wrote, and no amount of sympathetic parsing can make it so. Clearly Trump has neither filter nor proofreader on his staff of yes-women, but that a former president, who should know better, can be so cavalier with his syntax does not bode well for a second term. Words matter, and the man with his finger on the button has to be able to say exactly what he means, or else he will be accountable for meaning exactly what he said.

Finally, the kicker: "Our great 'Founders' did not want, and would not condone, False & Fraudulent Elections!" This is entirely incorrect. From the start American elections have been marked by finagling, chiseling, horse-trading, vote suppression, and outright cheating. In fact it's something of an American art form, as any student of the elections of 1800, 1824, 1876, and 2000 knows.

With this intemperate outburst, Trump has disqualified himself from returning to office. Over the past few years he has become increasingly inarticulate, unable to complete sentences or express a fully formed thought. (In this regard, he's beginning to rival both of the Bushes, off-prompter Obama, and the senescent Biden himself.) Trump is, after all, 76 years old and would be 78 in November 2023. The man most likely to replace him, Florida governor Ron DeSantis, is 44 and will be 46 on Nov. 5 2024, just three years older than JFK when he was inaugurated in 1961. Biden, should he run, would turn 83 a few weeks after Election Day. If you think he's a geezer now, wait 'til you see him then.

In any case, Trump's day has likely passed. So much winning has turned into so much losing, and not even the small clawback of the House last month can ameliorate the disasters of 2018 and 2020. "Winning isn't everything; it's the only thing," said Vince Lombardi, quoting Red Sanders. With the house already on fire, this is no time to worry about whether DeSantis has had enough "seasoning" (did Kennedy? Teddy Roosevelt? James K. Polk? Ulysses S. Grant?). DeSantis served two terms in the House and has now embarked on his second term as governor; short of already being president, how much more "seasoning" does he need? And how can we not wish to elect the first Italian-American president, whose first name echoes that of the Gipper and whose middle name is Dion?

But no one put it better, or more bluntly, than a man who really did know how to win, General George S. Patton, Jr., who said in a pre-D-Day speech to the troops: "Americans love a winner. Americans will not tolerate a loser. Americans despise cowards. Americans play to win all of the time. I wouldn't give a hoot in hell for a man who lost and laughed. That's why Americans have never lost nor will ever lose a war; for the very idea of losing is hateful to an American." Screenwriter Francis Ford Coppola adapted the speech at the opening of this 1970 multiple Oscar-winner:

For reasons both of, and not of, his own making, Trump (like Hearst) will go out a loser. For the good of the nation, when the time is right and DeSantis most needs him to, he should close down his campaign and retire gracefully to Mar-a-Lago. It may not be Hearst Castle, but if he can hang on to it in the financial disruption that is almost certain to come, he can still do his country a great service. He can be great, just not in the way he might have wished.

11 comments on “THE COLUMN: 'A Man Who Could Have Been Great'”