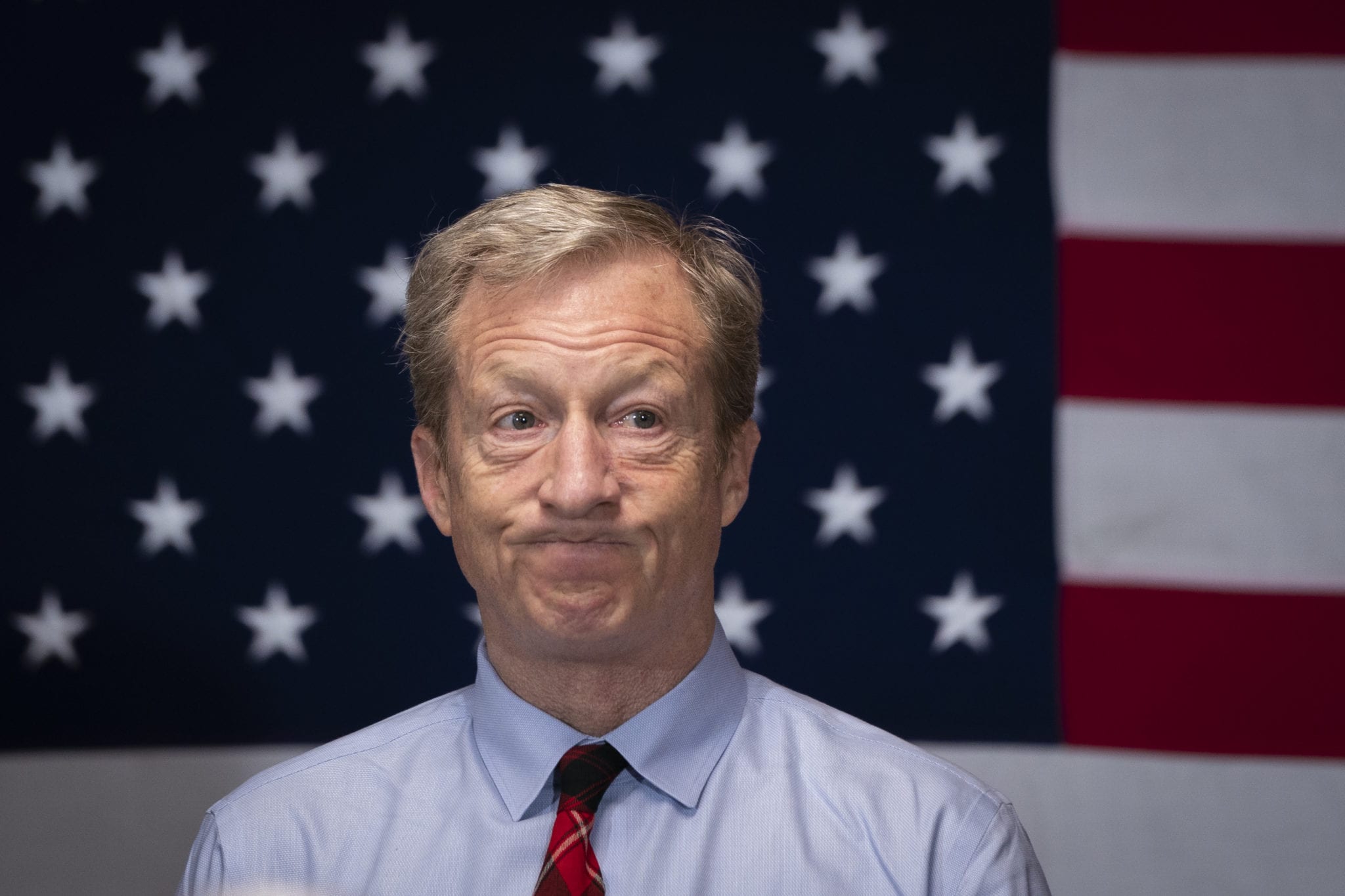 Okay, perhaps that headline is a bit too obscure, though whether that's because the average reader is less likely to be familiar with the work of the 16th century English politician-poet Sir Thomas Wyatt or with the now-suspended presidential campaign of billionaire environmentalist Tom Steyer is anyone's guess.

At least as far as the latter is concerned, let me enlighten you. Tom Steyer is one of these hyper rich guys who eventually got the itch to get involved in politics. An early Clinton supporter in 2008, he switched to Obama once it became clear which way the wind was blowing. Steyer was eventually disappointed when then-President Obama declined to appoint him Treasury Secretary once he was in office, though that snub elicited a wonderful quote from Steyer's brother Jim: "[Obama's team] should have listened to my brother, because he's smarter and richer than they are... Obama did not recognize Tom's talent. He will rue the day that he failed to recognize it."

For bored billionaires eager to get a bite from the political apple, environmentalism is low-hanging fruit. So Steyer founded the environmentalist PAC NextGen Climate through which he directed hundreds of millions of dollars towards trying to kill the Keystone XL pipeline and getting far-left Democrats elected to offices throughout the country. For his efforts he secured himself a kind of secular sainthood among the Eco-Fascist crowd. He's often referred to as the environmentalist answer to the Koch Brothers, a designation Steyer dislikes: in 2014  he told Politico that the Koch’s priorities “line up perfectly with their pocketbooks, and that’s not true for us.”

Backing up Steyer's point is the odd fact that a lot of the money he's pored into Democratic coffers can be traced back to his investments in massive Australian, Indian, and Indonesian coal mines. His firm, Farallon Capital, has even been called "an anchor in the Indonesian coal industry.” On the other hand, during his war against that the Keystone Pipeline, he did own stock in the energy infrastructure firm Kinder Moran, whose pipelines benefit from the failure of Keystone, so perhaps Steyer's argument doesn't hold as much water he wants you to think.

Steyer eventually turned his attention back to gaining a spot in the Executive branch, this time the top spot. To help get his name out, he spent millions on don't-call-them-campaign ads, calling for the impeachment of Donald Trump. Then he entered the race to replace the president himself, running on a platform of declaring a "Climate Emergency" and... not much else. Steyer promised that as President he would “give Congress 100 days to pass a Green New Deal” before enacting it himself via executive orders. President Steyer would ensure that the USA was a net-zero carbon emitter by 2045... somehow. He also said "Climate Justice" a lot.

Amazingly, this job-killing platform and the money he poured into early voting states won Steyer exactly zero delegates. In South Carolina alone he spent $23.6 million on advertising, even humiliating himself in the days before the South Carolina primary with a cringe inducing dance to '90s rap song “Back That Azz Up” onstage at a rally at a historically black university. But it was all for naught.

Tom Steyer's candidacy will be remembered for little more than his hysterically awkward attempt to become buddies with Bernie Sanders. Here's hoping that the experience helps him beat the political bug forever, so that he redirects his money from attempting to shut down zero-carbon Nuclear Power plants towards, you know, basically anything else. We would all be better off.