'So Where Are the Deaths?' 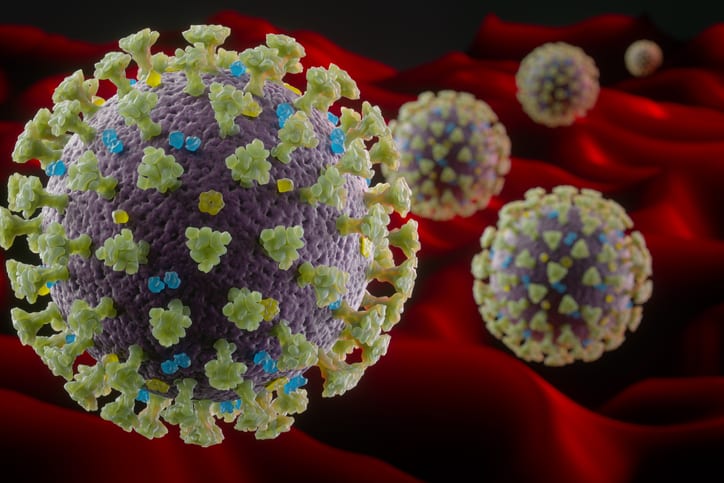 In their continuing efforts to destroy President Trump's re-election prospects, the American and international news media have once again turned to their Great Green Hope, Covid-19, to continue wreaking unnecessary havoc with the world's economies and thus take down Orange Man Bad and replace him with the semi-animated hologram of the soon-to-be late Joe Biden, with Kamala Harris or Michelle Obama (or Barack Obama, for that matter) as the power behind the Resolute desk.

Having failed with Russian collusion, Ukrainian impeachment and, latterly, the twin thuggery of Black Lives Matter and Antifa, they're back again with Infection = Death. Problem is, very few are dying of the Wuhan Flu any more, as Heather Mac Donald notes:

The coronavirus doomsayers could not even wait until the fall for the apocalyptic announcements of the dreaded second wave. Because the red states recklessly loosened their lockdowns, we are now told, the US is seeing a dangerous spike in coronavirus cases. ‘EXPERTS SKETCH GLOOMY PICTURE OF VIRUS SPREAD: FAUCI TELLS OF “DISTURBING” WAVE, WITH A VACCINE MONTHS AWAY,’ read the front-page lead headline in the New York Times on Wednesday. ‘VIRUS SPREAD AKIN TO “FOREST FIRE”’ read another front page headline in the Los Angeles Times on Monday, quoting Michael Osterholm, one of the media’s favorite public health experts. Osterholm had told NBC’s Meet the Press: ‘I’m actually of the mind right now — I think this is more like a forest fire. I don’t think that this is going to slow down.’

The ‘this’ is an uptick in daily new cases from 19,002 on June 9 to 38,386 on June 24. The high to date in new daily cases was on April 24 — 39,072. Since April 24, the daily case count started declining, then began rising again after around June 9. What virtually every fear-mongering story on America’s allegedly precarious situation leaves out, however, is the steadily dropping daily death numbers — from a high of 2,693 on April 21 to 808 on June 24. That April high was driven by New York City and its environs; those New York death numbers have declined, but they have not been replaced by deaths in the rest of the country. This should be good news. Instead, it is no news.

Of course it's not news. A rapidly declining death rate is of zero interest to the news divisions, because it doesn't further the narrative that the world is coming to an end (not that we don't deserve it!). They'd rather toss around dubious and misleading statistics such as this Business Insider report:

While about 0.1% of people who got the flu died in the US last year, according to the Centers for Disease Control and Prevention, the coronavirus' death rate is currently about 5.2%, based on the reported totals of cases and deaths. That makes the coronavirus' average death rate 52 times higher than that of the flu.

That figure is certainly incorrect, and by several orders of magnitude. As testing for antibodies increases, the rate will continue to fall, as it's already doing in Britain:

"We should be investigating what's changed," he said. "It's a radically different disease we're looking at if the death rate is 1% rather than 6%".

No kidding. It's a numerator/denominator problem, but in plain English: the more people who've had it (even if asymptomatic, as many were and are), the lower the fatality rate. I know math is hard, but try to keep up:

When calculating the mortality rate, we need:

Considering that a large number of cases are asymptomatic (or present with very mild symptoms) and that testing has not been performed on the entire population, only a fraction of the SARS-CoV-2 infected population is detected, confirmed through a laboratory test, and officially reported as a COVID-19 case. The number of actual cases is therefore estimated to be at several multiples above the number of reported cases. The number of deaths also tends to be underestimated, as some patients are not hospitalized and not tested.

If we base our calculation (deaths / cases) on the number of reported cases (rather than on the actual ones), we will greatly overestimate the fatality rate. 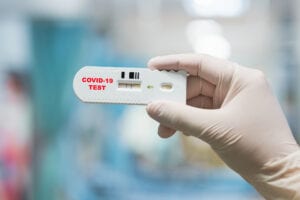 The higher the count, the lower the fatality rate.

This study considered New York City, the epicenter of the pandemic in the United States, and the metro area responsible for most of the American cases and deaths. Keep in mind that the vast majority of deaths have occurred in people over 65 with comorbidities, including obesity -- which may also account for the racial and ethnic disparities: in New York City, the breakdown is White 7 percent, Asian 11.1 percent, multi/none/other 14.4 percent, Black 17.4 percent, Latino/Hispanic 25.4 percent.

Something else of interest:

And yet the hysteria is once again rising. The media is using increased testing and reporting as a scare tactic, especially if the "positive" tests have occurred in a red state such as Texas and Florida; everything is political, including life and death. Forget about "flattening the curve," which was meant to distribute the same number of infections over a longer period of time, so as not to overwhelm the hospitals. Now, nothing but the complete eradication of Covid-19 via a totally safe vaccine will satisfy the Left in its rabid desire to demand that the impossibly perfect always be the moral enemy of the good enough to muddle through.

We will only end this pandemic when it has been ended everywhere.

Thank you @MileyCyrus for your support and leadership in our #GlobalGoalUnite Concert today!https://t.co/RgBeGxbK3g

There are no crises in hospital capacity anywhere in the country. Nursing homes, meat-packing plants, and prisons remain the main sources of new infections. Half the states are seeing cases decline or hold steady. Case counts are affected by more testing; the positive infection rate captured by testing is declining. The current caseload is younger, which is a good thing. The more people who have been infected and who recover, the more herd immunity is created. Meanwhile, daily deaths from heart disease and cancer — about 3,400 a day combined — go ignored in the press.

But the drum beat to halt the still far too tentative reopenings gets louder by the day. It should be resisted. The lockdowns were a mistake the first time around; to reimpose them would be disastrous for any remaining hope of restoring our economy. The damage that has been done to people’s livelihoods and future prosperity will continue to outweigh the damage done by the coronavirus. The only vaccine against poverty and resulting despair is a robust economy.