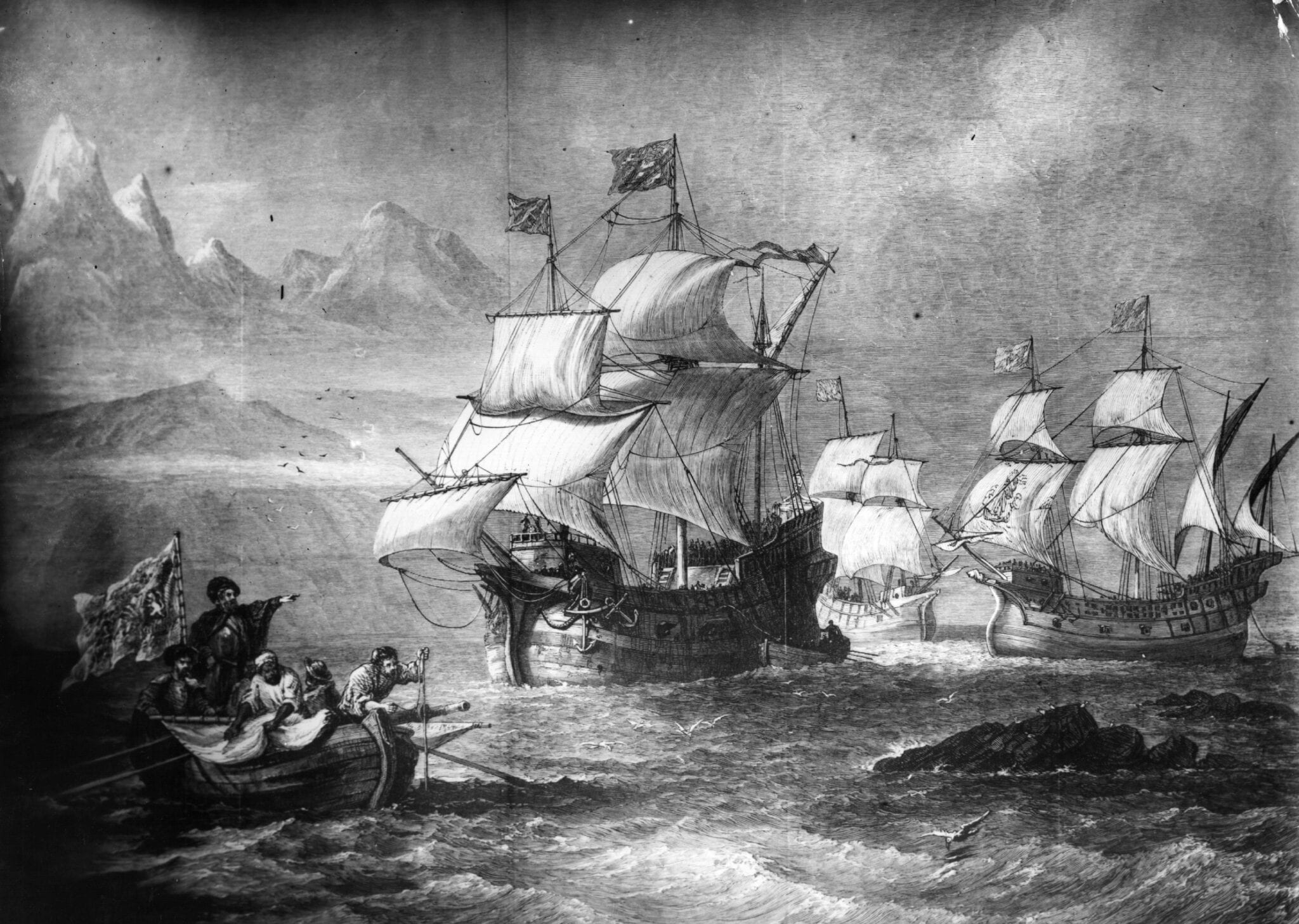 The year is 2013. I am a passenger on a container ship as it voyages for twenty-seven days from Hong Kong to Southampton. Magellan, the third largest container ship in the world, is powered by a huge engine, equalled in size by only one other in the merchant fleet. For the mechanically minded; it is a marine diesel, fuel-injected, internal combustion, two-stroke engine, generating 109,000 hp. It has fourteen pistons, each almost a metre in diameter. I can vouchsafe that it is very large and loud.

On this voyage, the ship is carrying the equivalent of nearly 10,000 standard-sized containers. Containers, which can be more than double the length and taller than standard-sized, can hold up to about 28 tonnes of cargo.

Why mention any of this? A container ship provides a practical and grounding lesson on the realities of modern economic life that school children might be taught. As distinct, that is, from being brainwashed with fairy tales of sustainable development. 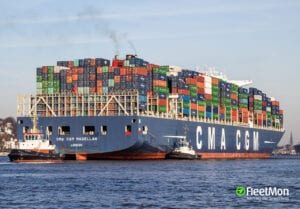 The lesson might begin thus: Our way of life, our prosperity, our ability to help those among us in need, are all critically dependent on growing, mining, making, trading and transporting things. Needed are entrepreneurship, business acumen, skill, hard work and, critically, cheap and plentiful supplies of energy.

A series of questions might follow to generate discussion. Apropos: If it takes around 4,700 tonnes of marine diesel fuel at $550 per tonne to shift one-hundred thousand tonnes of cargo from Hong Kong to Southampton, how many batteries charged by wind and solar farms would it take and how much would it cost? For mathematics students this would be an instructive introduction to imaginary numbers.

Another question might go like this. Is it possible for us to enjoy the ownership of cell phones, computers, flat screen TVs, cars, and all of our other modern conveniences without the dirty business of their manufacture and shipment? For students of anthropology, this may throw light on the development of cargo cults among primitive peoples. And talking of cargo cults, adult classes might be held for those who vote for green parties who seem equally prone to thinking that goods simply appear out of thin air.

Other instructive questions could be posed for the tutelage of students and greenies alike. Me, I want to stop there and turn back to the crude diesel which powers large ships. According to those who estimate these things, shipping accounts for around 2.5 percent of man-made CO2 emissions. Twice the emissions of Australia by the way. And as Australia is under pressure by the great and good, Joe Biden and Boris Johnson included, to prostrate itself before the deity of net-zero emissions by 2050, it isn’t surprising that shipping is also in the firing line. 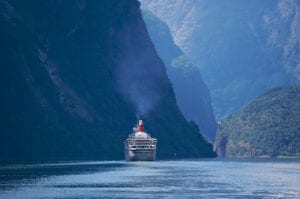 The International Maritime Organisation’s voluntary goal is to cut greenhouse gas emissions from international shipping by at least half by 2050 compared with 2008. Bear in mind that tonnages shipped are on course to be far higher in 2050 than they are now. The goal might be described as aspirational. Think of the late Soviet Union’s five-year plans. Even so, it is not going to be nearly enough to satisfy the zealots, when net-zero is their goal.

Norway is doing its bit.  Reportedly, as from January 2026, Norway intends to ban cruise ships from sailing through its fjords unless they generate zero emissions. How to bring this about? I don’t know. However, the Norwegian shipping line Hurtigruten announced in 2018 that it would run its ships on dead fish and other rotting matter. Smelly business. Fish at risk. Has limitations.

In an article in Forbes, development economist Nishan Degnarain echoed the UN in calling for shipping to urgently ditch fossil fuels. He claims that shipping is the sixth-largest emitter after China, the U.S., India, Russia and Japan; which, though mixing categories, is about right. What to do?

Degnarain doesn’t mention dead fish. He lists four possible solutions. These come out of a report by the international conservation group Ocean Conservancy. The report was launched at U.N. Climate Week, held virtually in New York in September 2020. Here are the putative solutions:

To take them in reverse order. Environmentalists aren’t keen on LNG. Apparently, it leaks methane in transit. And, anyway, “cleaner” though it is, it is still a foul fossil fuel. Ammonia carries a risk of blowing up and when burnt emits the greenhouse gas nitrous oxide. Just a guess, but fuel cells powered by green hydrogen might not be quite ready for widespread installation in ships. One solution mooted is the onboard conversion of sea water to hydrogen. I simply assume that’s a joke. And in that same amusing vein, electrification is clearly a risible solution for ocean-going vessels. Consider the magnitude of the problem.

Leave aside the 30 million or so recreational and fishing boats in the world; lots pumping out CO2. As of the beginning of 2020, there were around 56,000 merchant ships trading internationally. This encompasses 5,360 container ships, over 17,000 general cargo ships, more than 12,000 bulk cargo carriers, around 8,000 crude oil tankers, nearly 6,000 chemical tankers, over 5,000 roll-on roll-off ships, and some 2,000 LNG tankers. All running on fossil fuels, overwhelmingly crude diesel, with a bit of LNG thrown into the mix.

Is it possible to get your head around refitting and/orreplacing this fleet so that it's emissions free? Maybe, if you’re an airhead and assume as-yet uninvented technologies will somehow save the day. If burdened with common sense and realism, you will know that it can’t be done. It is Panglossianism on stilts.

This is the situation. Western world leaders, without political opposition, have bought completely into "global warming" alarmism. Extraordinary, but that is the least of it. They are buying into delusional solutions to a non-problem. You’re sane and trying to figure out what the heck’s going on? Forget it. Just cling onto the rails as they do their damnedest to sail us into the abyss.

4 comments on “Sailing Into the Abyss”