On the Left, an Era of Fascist Magical Thinking 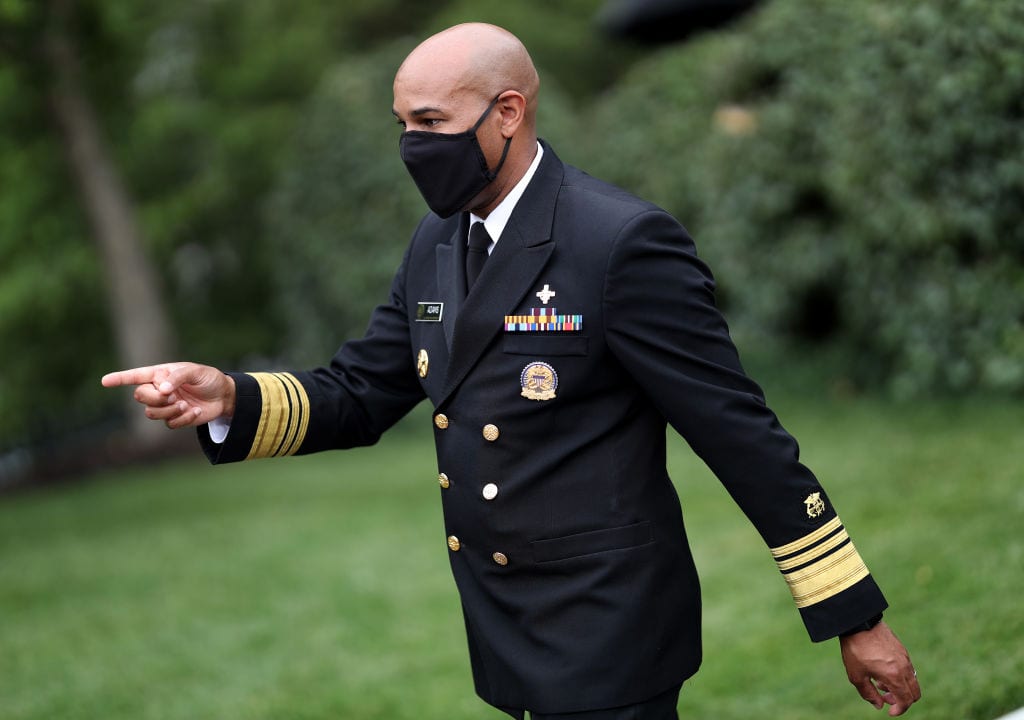 Now hear this: you will comply.

The genius of the Left's success in achieving their favored policy positions is found in their favorite tactic: first, posit a counter-factual and, second, act on it as if it were true -- with maximum governmental force.

Examples abound: that men can transform themselves into biological women by simply wishing it to happen, and then can be protected -- nay, favored -- by a raft of new laws designed for their "protection." That the real women are offtimes physically damaged by this malignant fantasy matters not one bit. After all, "rights" are more important that reality.

The mass hysteria over the nearly non-existent threat of Covid-19 to the great mass of humanity is another. Yes, Covid has been hell on morbidly obese people over the age of 85 (just about any illness is), but to shut down the world's economies and, worse, political freedoms in order to protect "the most vulnerable among us" (in one of the Left's favorite simpering phrases), was not only insane, it was evil.

Now, as the Phantom Covid Menace fades, the Left has turned back to its real target -- the energy industry, which it magically holds responsible for another non-existent threat, "climate change." Naturally, the most clarion calls to effectively outlaw and bankrupt the oil and gas business comes from a state basically founded upon the principle of the internal combustion engine, California:

To save the planet from climate change, gas guzzlers have to die

The numbers paint a daunting picture. In 2019, consumers worldwide bought 64 million new personal cars and 27 million new commercial motor vehicles, a paltry 2.1 million of which were electric-powered. Climate scientists tell us that we have less than a decade to make meaningful reductions in carbon emissions — including those from internal combustion engines — if we have any hope of staving off the worst effects of global warming.

Yet manufacturers are still making, and consumers are still buying, overwhelming numbers of vehicles that will, on average, continue to spew carbon into the atmosphere for a dozen years after they first leave the lot. That means new cars bought this year will still be on the road well into the 2030s — long after the point when we should have slashed emissions. Like we said, a daunting picture.

And what's the solution to this non-existent problem, which is argued from authority without the slightest acknowledgement that the harum-scarum of "climate change" is almost entirely politically motivated, much like letting male fighters crush women's skulls and quarantining healthy people in order to "protect" them while destroying their lives and livelihoods? Government force, of course:

What will it take to throttle back the gas burners and expand exponentially the number of vehicles that run on electric batteries, hydrogen fuel cells or other non-fossil energy sources? Political will, strong government thumbs on the scale to favor zero-emission vehicles over gas burners (an all-out ban on their production and sale is likely too radical for the world, but it would certainly help), and increased spending on developing and producing clean energy sources, battery technologies and charging capabilities.

The constant push for fascism from our corrupt, lickspittle media, such as the Los Angeles Times cited above, only exacerbates the situation. Without the media-driven madness surrounding the Wuhan flu, few ever would have noticed it. Without the airy-fairy theory of "global warming," most sane people would have gone about their lives completely unaffected by the madness of others.

And, really, who would buy an electric car, except as a virtue-signalling status symbol? Only at gunpoint, I suspect.

4 comments on “On the Left, an Era of Fascist Magical Thinking”