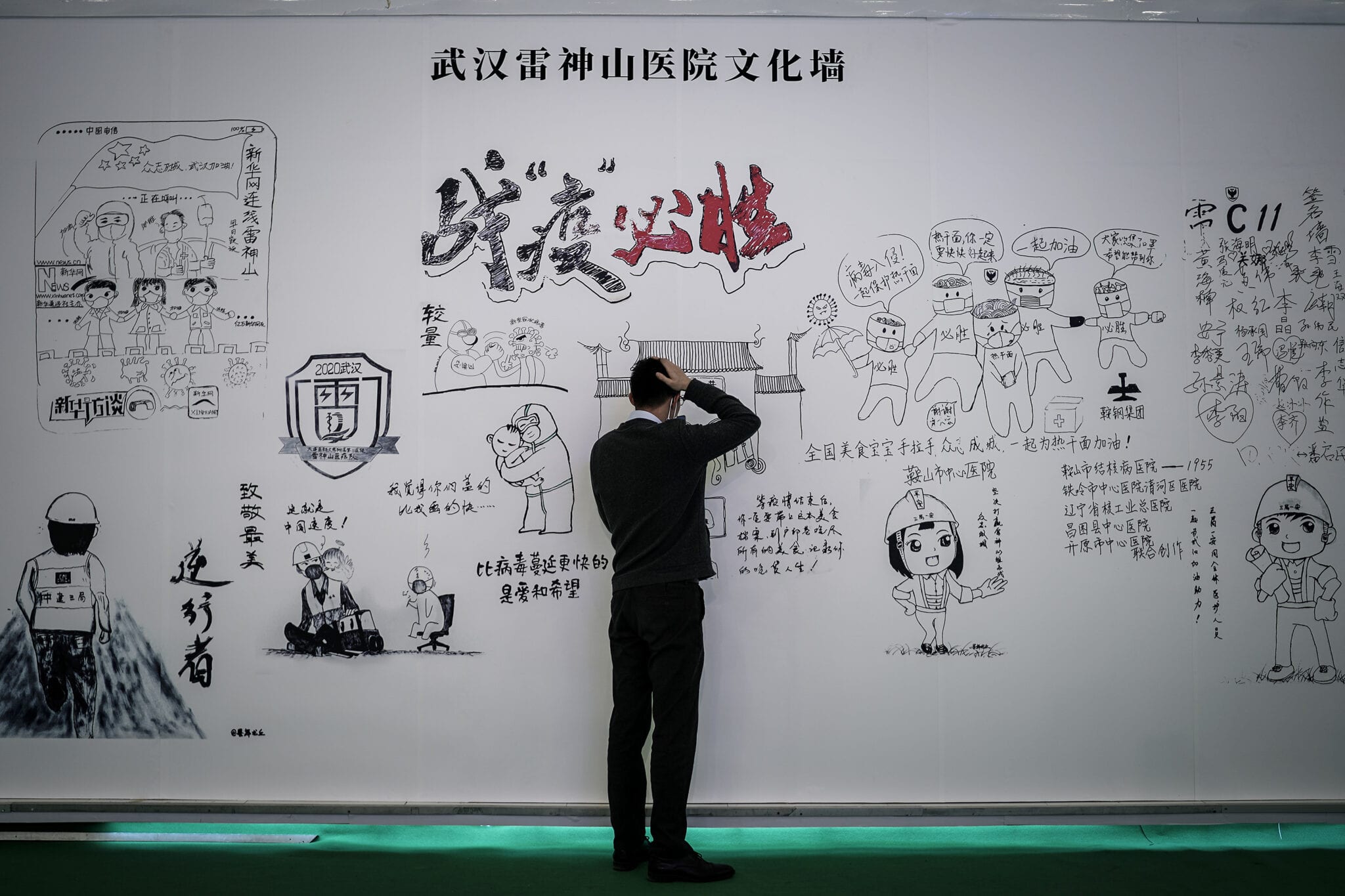 A climate arms race lies ahead.

Political environmentalism frequently warns about the dangers of meddling with nature,  warning against the encroachment of human settlements on wilderness areas, mining, fishing or drilling for oil. However it neglects the impact on nature by scientists and environmentalists themselves.

Nicholson Baker's article in a recent issue of New York Magazine soberly examines the pros and cons of the proposition: did the coronavirus escape from a lab? The answer of experts? Maybe.

For decades, scientists have been hot-wiring viruses in hopes of preventing a pandemic, not causing one. But what if … there were laboratory accidents. By 1960, hundreds of American scientists and technicians had been hospitalized, victims of the diseases they were trying to weaponize.

In the U.S., “more than 1,100 laboratory incidents involving bacteria, viruses and toxins that pose significant or bioterror risks to people and agriculture were reported to federal regulators during 2008 through 2012,” reported USA Today...

And then consider the cautious words of Alina Chan, a scientist who works at the Broad Institute of MIT and Harvard. “There is a reasonable chance that what we are dealing with is the result of a lab accident,” Chan told me in July of last year...

Not only that, but they’d figured out how to perform their assembly seamlessly, without any signs of human handiwork. Nobody would know if the virus had been fabricated in a laboratory or grown in nature. Baric called this the “no-see’m method...”

What began as a high-minded effort to heal humanity also became the deadliest endeavor on earth. Scientists wanted to anticipate nature by inventing the pathogens first enabling them to create a vaccine template that could deal with most if not all threats. That effort included American funding for bug hunting and amplification in Wuhan.

It wasn’t only AIDS that changed the way the NIH funded research. The War on Terror also influenced which diseases got the most attention.... Vaccine development had to progress much faster, Fauci believed; he wanted to set up “vaccine systems” and “vaccine platforms,” which could be quickly tailored to defend against a particular emergent strain some terrorist with an advanced biochemistry degree might have thrown together in a laboratory. “Our goal within the next 20 years is ‘bug to drug’ in 24 hours.”

In fact, WHO sent a fact-finding team into the origins of the virus to China is  because nobody knows for sure what the side effects of that effort have been. At least Fauci has his vaccine platform development. "You may be surprised to learn that of the trio of long-awaited coronavirus vaccines, the most promising, Moderna’s mRNA-1273, which reported a 94.5 percent efficacy rate... had been designed by January 13 [2020]."

The Moderna vaccine design took all of one weekend. It was completed before China had even acknowledged that the disease could be transmitted from human to human, more than a week before the first confirmed coronavirus case in the United States. By the time the first American death was announced a month later, the vaccine had already been manufactured and shipped to the National Institutes of Health for the beginning of its Phase I clinical trial.

The bad news: reliance on the vaccine platforms is likely to become permanent.  Edward Holmes, one of the two scientists to first publish the genome sequence of SARS-Cov-2 said in an interview that vaccination will become a fixture of future life:

My guess is that as immunity [to Covid] rises in the population, hopefully by vaccination, you will start to see immune escape gradually. That will happen. That's an inevitable consequence of natural selection. It's been played out for millennia, and it's going to happen again. We will very likely need to update these vaccines at some point. That may take 2 years or 5 years or 1 year; I don't know.

Round and round we go.

Perhaps the most candid admission that modern environmentalism is about controlling nature rather than leaving it alone comes from discussions around the Paris climate agreement. It is becoming the foundation stone of climate engineering.

Under article 3 of the Paris Agreement, states are required to identify a range of contributions (NDCs) to address climate change. So long as these contributions are consistent with the underlying articles, there is no express restriction on including climate engineering measures as part of an NDC in order to achieve net emissions neutrality (a balance of emissions and removals) by 2050. The definition of “mitigation” includes sinks, which appears to include CDR [carbon dioxide removal] technologies as they are defined broadly under the UNFCCC to include “any process, activity or mechanism which removes a greenhouse gas.”

Two of the most prominent climate engineering proposals are now politically visible and therefore fundable. The Hill writes: "Climate change has been viewed as a national security threat multiplier. To offset its damage, scientists in the United States and other countries are working on technology to manipulate the climate. This is known as geoengineering that is divided into two types, which are carbon dioxide removal to take out carbon from the air and solar radiation management to reflect a small fraction of sunlight away from the earth."  These are gigantic engineering projects. The Oxford Geoengineering Programme has a more detailed description of what "healing nature" involves:

These will potentially cost trillions. Twenty-first century environmentalism has already become the province of big pharma and gigantic engineering firms. Climate politics is not about leaving nature alone but subordinating it to the diktat of governments. The Hill glimpses the incipient danger.

At some point the idealists will be shoved aside and the power players will take over. Like the current biosecurity crisis the world is now living through,  a climate arms race is virtually certain.

One comment on “Not Healing Nature But Controlling It”