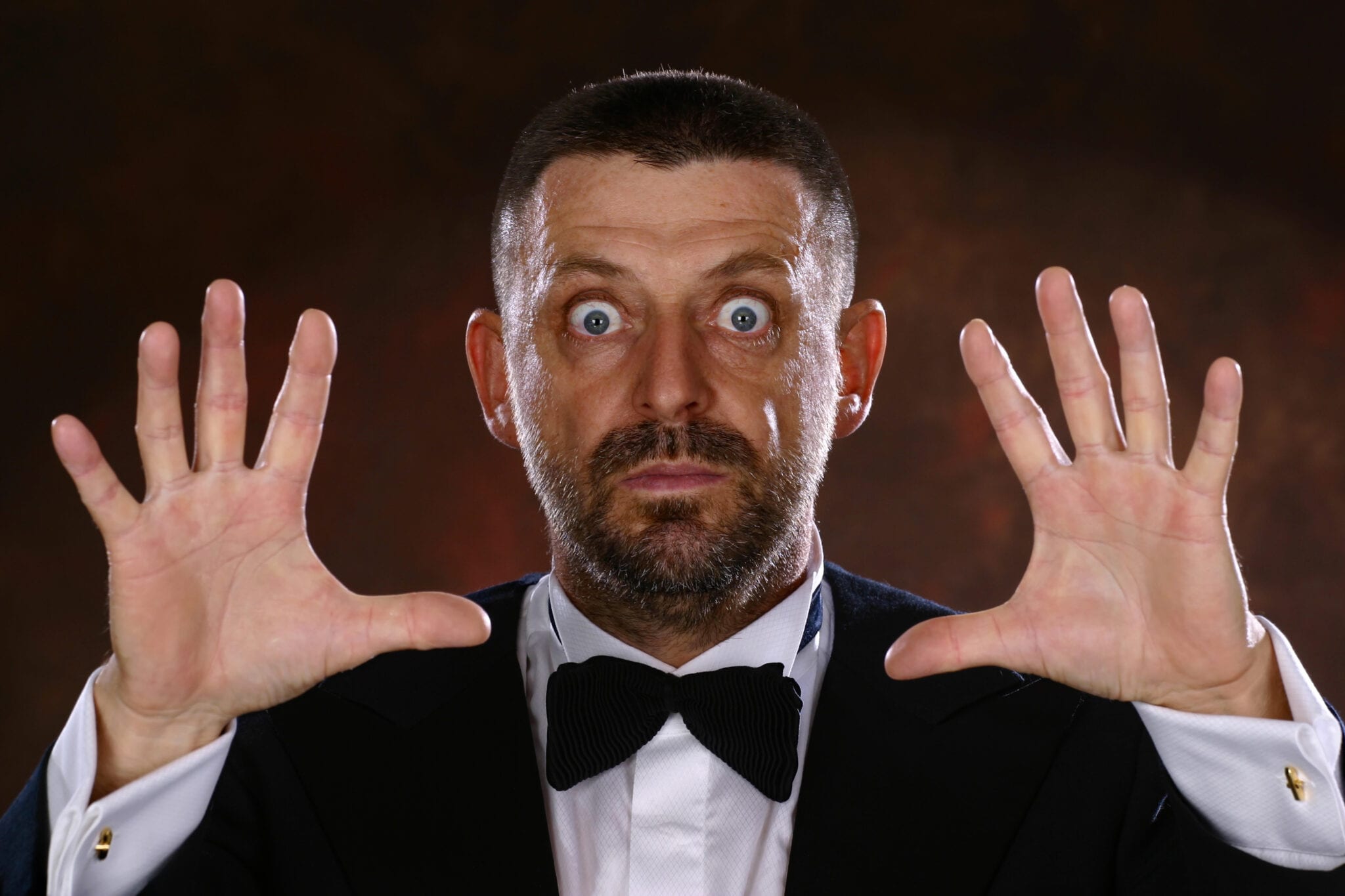 When this four-part series began a few weeks ago, it posed an intellectual puzzle: why do governments, political parties, and individual officeholders believe that the policy of Net-Zero carbon emissions that they themselves admit will make the lives of voters much poorer and more burdensome will nonetheless prove popular and win elections for them?

I’ve already given some answers to that question in the first three parts. But the best answer to it is that networks of NGOs are now seeking to alter our definition of democracy in ways that transfer the final decisions on environmental and energy policies away from the voters in elections onto more “truly representative” methods of policy-making. That way, the voters would become impotent spectators as other people had the final say on everything from the cars we drive to what we eat—and the politicians won’t have to worry about winning elections.

But who are these "other people"? And how are they to be selected? 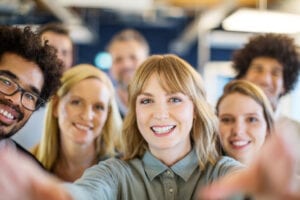 We're from the government and we're here to boss you around.

The answer to those questions is an ancient one: they are ordinary citizens and the process by which they are given power is selection by lot as in ancient Greece. It is argued now, as then, that ordinary citizens should play a larger part in governing and the way to ensure they do so is for them to draw lots for office rather than our choosing between different candidates. Most of us call this blind luck. Modern political scientists call it “sortition” and it tends to be supported by those who don’t like the policies that emerge from the system of popular elections for MPs and congressmen.

Brett Henig, the co-founder of the Sortition Foundation, defends the idea as follows: “Our politics is broken, our politicians aren’t trusted, and the political system is distorted by powerful vested interests. […] if we replaced elections with sortition and made our parliament truly representative of society, it would mean the end of politicians.”

That’s self-delusion, as a moment’s thought reveals. Once the citizen representatives were actually placed in power by lot, they would cease to be ordinary citizens and become subject to the same ambitions, status anxiety, lobbying pressures from vested interests, and incentives (i.e., temptations) from their own weaknesses not very differently from today’s MPs. They would become, in a word, politicians.

But there is an even stronger objection to sortition, namely that it cuts the link between the representative and his constituents that makes government by the people a reality. The MP chosen by lot isn’t elected by voters who share his political opinions and support the policies he advocates, and they aren’t be able to throw the rascal out if he betrays or disappoints them. He is the representative of chance, as much as any monarch, and he can afford to ignore their disapproval and betray them unconcernedly.

That is perhaps what makes sortition appealing to Extinction Rebellion, Greenpeace, the Green Party, and other radical environmentalists with little political following who have no realistic chance of winning an election on their policy platforms. (The Greens have one MP in the U.K. Parliament.) 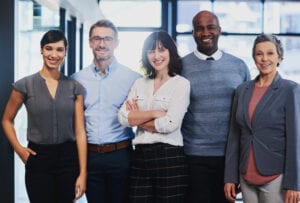 No, really, trust us.

Whatever the reason, they and their U.K. parliamentary allies have succeeded in inserting sortition into the official legislative process on energy and climate policy. Their eventual aim seems to be a “national” citizen’s assembly chosen by lot outside the parliamentary system, but they are sensibly starting with baby steps, and the first one is the U.K. Climate Assembly. As Ben Pile describes its birth in his skeptical study, The UK Climate Assembly: Manufacturing Mandates:

On 20 June 2019, six parliamentary select committees announced that a climate assembly would be formed, ‘to explore views on the fair sharing of potential costs of different policy choices’ and to ‘inform political debate and Government policy making’.

The Assembly was to be composed of volunteers from the general public who would agree to discuss different policy choices following instruction from various levels of experts and advocates over six weekends. But though it's a semi-official body, founded by Parliament to advise the government on reforming and implementing legislation and funded in part by public money—about one quarter of its total cost—it bears little resemblance to such traditional and august bodies as a Royal Commission. It shows no sign of seriously attempting to represent or even examine a wide range of views on those topics. How does it look on closer scrutiny?

Mr. Pile’s analysis of how the U.K. Climate Assembly operated is well-documented (and footnoted), thorough, careful, and dispassionate. My sense is that he is a skeptic about the U.K.’s climate policies but not about climate change as such. His overwhelming concern is not to challenge “science” but to reveal the questionable ways in which public policy is made—potentially all public policy if a National Citizens’ Assembly were ever to become a reality. And what he has uncovered is disturbing.

To keep this column within manageable (and readable) length, I will consider only two of the Assembly’s structural flaws:

The first is that the Assembly’s selection of citizens violated the main principle of sortition: its randomness. Not only were the initial volunteers drawn from people who were willing to devote six weekends to discussing climate policy—that’s an anorak level of political interest—but the final 108 Assembly members had been whittled down further in accordance with “age, gender, educational background, ethnicity, home location and ‘attitude to climate change.’”

That last criterion was based on an opinion poll, almost certainly an “outlier” as Pile demonstrates, which assumed 85 percent of British voters are either “very” or “fairly concerned” about climate change. It therefore ensured a Climate Assembly that was equally concerned before it even began. 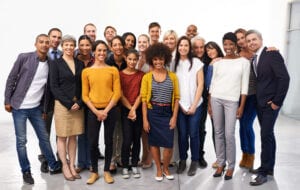 The second was that most of the Climate Assembly funding and almost all its organization, personnel, and various Expert Leads, Advocates, and Informants were provided by the same kind of network of like-minded NGOs, academics, publicists, and activists in the Green movement that we saw a few columns ago in Dr. Fuller’s article. Here are some similar examples from Pile:

Greenpeace’s Doug Parr spoke to the assembly against investing confidence in technological solutions like greenhouse gas removal. Fernanda Balata, from the New Economics Foundation, argued for an ‘economic transformation’, locating the source of the problem of climate change within capitalism itself. Tony Juniper was introduced to the CA as being from UK environment quango, Natural England, but is best known from his previous role as Friends of the Earth England’s director between 2003 and 2008.

Were there no “Advocates” on a less Green side of the questions? Not needed, said one organizer, because climate science was already settled. That response was at best disingenuous, at worst dishonest.

The Climate Assembly was established to consider not the science of climate change but the full range of economic and social policies from agriculture to tourism designed to combat it. That includes the food we eat, the cars we drive, the countries we visit, and a great deal more. It is absurd to limit discussion of such matters to the far left of the environmentalist spectrum. But that is what the U.K. Climate Assembly did. And its report duly reproduced the wish-list policies of Extinction Rebellion and Greenpeace as what the British people wanted in future policy—taxes on flying, restricting private cars, higher energy prices, etc., etc.

In reality the Climate Assembly was an exercise in politicians and activists talking to each other to keep their spirits up in the face of growing concern among “ordinary citizens” about the consequences of their common policy of Net-Zero. Pile calls it an exercise in “manufacturing consent” which is a nice way of describing an outrageous stitch-up. But how strong will that consent prove when the wind fails on cloudy days, electricity blackouts disable cars and home heating, the post brings demands for higher taxes and energy prices, and your MP calls asking for your vote in next week's election?

A storm is coming on the Chiltern Hills.

2 comments on “Making an End-Run Around Democracy, Part Four”