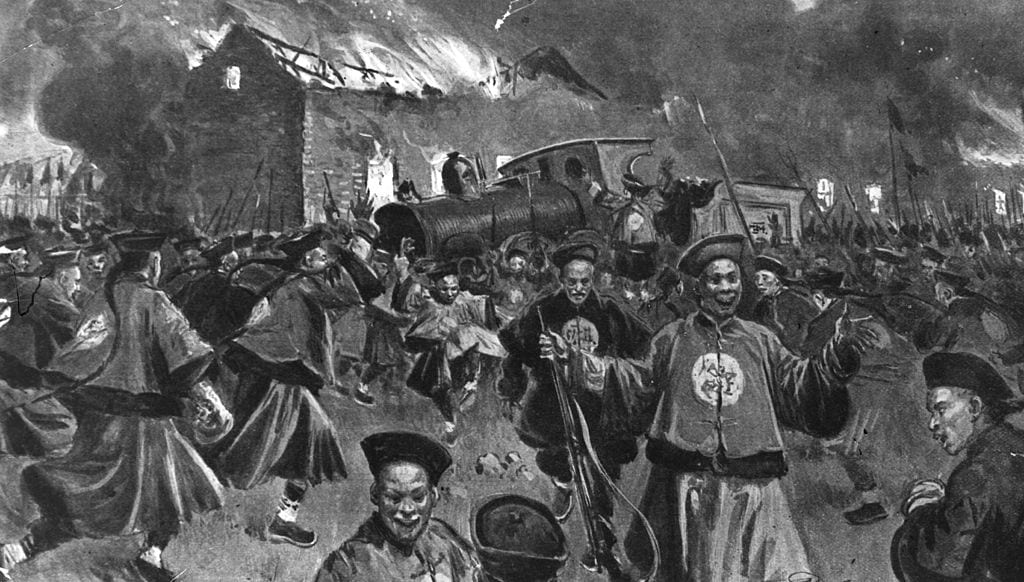 Everything old is new again.

Given the massive cultural and economic dislocation -- almost entirely unnecessary -- caused by the Wuhan virus, as well as the serious damage the nationwide lockdowns have done to the American psyche and constitution, one would think that every citizen would be up in arms about what China and various rogue governors have done to the United States. You'd be wrong:

Energy analysts have long assumed that, given time, growing international concern over climate change would result in a vast restructuring of the global energy enterprise. The result: a greener, less climate-degrading system. In this future, fossil fuels would be overtaken by renewables, while oil, gas, and coal would be relegated to an increasingly marginal role in the global energy equation. In its “World Energy Outlook 2019,” for example, the International Energy Agency (IEA) predicted that, by 2040, renewables would finally supersede petroleum as the planet’s number one source of energy and coal would largely disappear from the fuel mix. As a result of Covid-19, however, we may no longer have to wait another 20 years for such a cosmic transition to occur—it’s happening right now.

So take a breath and, amid all the bad news pouring in about a deadly global pandemic, consider this: when it comes to energy, what was expected to take at least two decades in the IEA’s most optimistic scenario may now occur in just a few years. It turns out that the impact of Covid-19 is reshaping the world energy equation, along with so much else, in unexpected ways.

After discussing how the Wuhan virus has cratered such industries as travel and hospitality, the far-left magazine, The Nation, salivates at the Green prospects:

As government officials and their scientific advisers begin to talk about returning to some semblance of “normalcy,” however, it’s becoming increasingly clear that many such pandemic-related practices will persist in some fashion for a long time to come and, in some cases, may prove permanent. Social distancing is likely to remain the norm in public spaces for many months, if not years, curtailing attendance at theme parks and major sports events that also typically involve lots of driving...

No matter how this pandemic finally plays out, the post-Covid-19 world is bound to have a very different look from the pre-pandemic one and energy use is likely to be among the areas most affected by the transformations underway. It would be distinctly premature to make sweeping predictions about the energy profile of a post-coronavirus planet, but one thing certainly seems possible: The grand transition, crucial for averting the worst outcomes of climate change and originally projected to occur decades from now, could end up happening significantly more swiftly, even if at the price of widespread bankruptcies and prolonged unemployment for millions.

Well, as some communist or other famously said, "You can't make an omelet without breaking a few eggs." If it costs us the lives and livelihoods of millions of people in order to effect the "grand transition," so be it. Because this is not really about "climate change" at all; rather it's about destroying the capitalist system, something The Nation has been advocating for decades. Oil and gas is currently their target of choice, the nexus between environmentalism and socialism. Remember: when you hear "progressives" uttering the phrase, "new normal," it's time to take aggressive measures against them.

The rest of this long article is peppered with speculation about what might happen should the world's economies not rebound quickly from this artificial recession, and how wind and solar energy will be the optimal choices in the near future to power electricity. Conclusion?

In the depths of global disaster, it’s way too early to make detailed predictions about the energy landscape of future decades. Nonetheless, it does appear that the present still-raging pandemic is forcing dramatic shifts in the way we consume energy and that many of these changes are likely to persist in some fashion long after the virus has been tamed. Given the already extreme nature of the heating of this planet, such shifts are likely to prove catastrophic for the oil and coal industries but beneficial for the environment—and so for the rest of us. Deadly, disruptive, and economically devastating as Covid-19 has proved to be, in retrospect it may turn out to have had at least this one silver lining.

Equally likely is a scenario in which pent-up demand comes roaring back. driven by the simple human need for face-to-face contact. Once the realization finally dawns on the captive populaces of the locked-down countries that a face-to-face conversation with your neighbor is not an instant death sentence, and that the beach is an awful nice place to be in the hot summer months, "progressive" prognostications such as these are likely to evaporate in the sunlight of freedom -- much as the virus itself will.