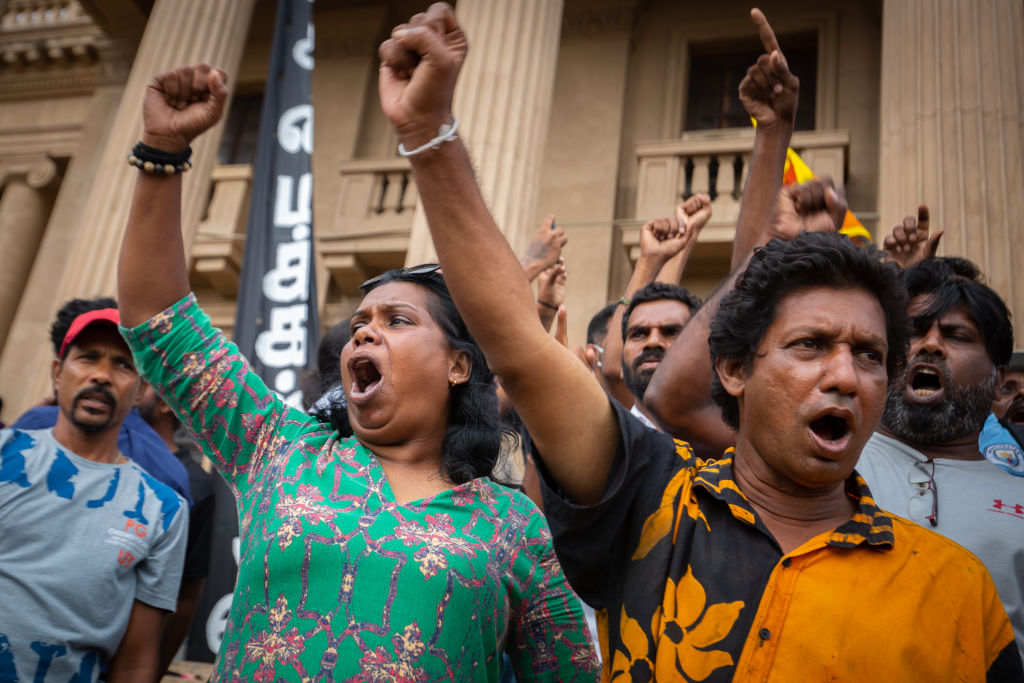 Dominic Pino has been following the unfolding crisis in Sri Lanka for some time. He recently described the country's turnaround with great concision:

Sri Lanka’s GDP per capita is about double that of India, and ordinary Sri Lankans have seen a significant increase in their quality of life since the country’s lengthy civil war ended in 2009. And [yet] in nine hours today, the president is missing, the government has collapsed, and the former prime minister’s house is on fire.

In a very short time -- less than a year -- Sri Lanka went from being one of Asia's great success stories and a model for the developing world, to the present situation, where the nation's currency has lost half its value since 2019 (when Gotabaya Rajapaksa came into office), with inflation running at around 112 percent, and president Rajapaksa fleeing the country in fear of his life as protesters breached the walls of his official residence and that of the nation's prime minister. It is, in short, an absolute catastrophe.

But how did this happen? Financial mismanagement is one part of the story -- as Steve Hanke of Capital Matters explains, the Rajapaksa government spent beyond its means and accumulated huge amounts of government debt which it attempted to manage by simply printing more money to pay it off. That's not just an outsider's interpretation, that is the actual language employed by the governor of the Central Bank of Sri Lanka as he assured investors that there was nothing to worry about: "The fears around debt sustainability appear to be unfounded.... [M]oney could be printed to repay them." 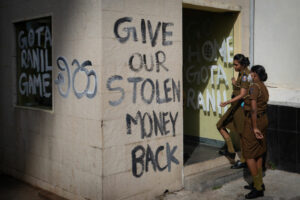 The other big part of the story might be even more insane. In April of last year, Rajapaksa announced a ban on pesticides and all synthetic fertilizers so that all of the country's crops would be produced by "organic" farming. This was so that his country's agricultural policy might, once again, be “in sync with nature.”

Overnight Rajapaksa became a hero to environmentalists and Sri Lanka was given a nearly perfect (98.1 out of 100) ESG investment score. Legendary environmental activist Vandana Shiva predicted that “This decision will definitely help farmers become more prosperous.”

The reality was quite different, as Michael Shellenberger explains:

Sri Lanka had to import $450 million worth of rice despite having been self-sufficient in the grain just months earlier. The price of carrots and tomatoes rose five-fold. While there are just 2 million farmers in Sri Lanka, 15 million of the country’s 22 million people are directly or indirectly dependent on farming....

But the damage to tea was the key to Sri Lanka’s financial failure. Tea production had generated $1.3 billion in exports annually. Tea exports paid for 71 percent of the nation’s food imports before 2021. Then, tea production and exports crashed 18 percent between November 2021 and February 2022, reaching their lowest level in 23 years. The government’s devastating ban on fertilizer thus destroyed the ability of Sri Lanka to pay for food, fuel, and service its debt.

If all of this hadn't occasioned real and serious human suffering, we might have reason to be grateful for this fairly controlled experiment in what not to do. What happens when you hand the keys to a critical sector of a nation's economy to environmentalists? The answer is that they rapidly drive it -- even if it is relatively prosperous -- right off the cliff.

Printing money they don't have, giving environmentalists whatever they want... those policy approaches should sound awfully familiar. Americans should be playing close attention to how things are playing out in Sri Lanka. We could be seeing glimpses of our own future.

2 comments on “Is Sri Lanka's Disaster Headed Our Way?”