In Oz, No REST for the Greenies 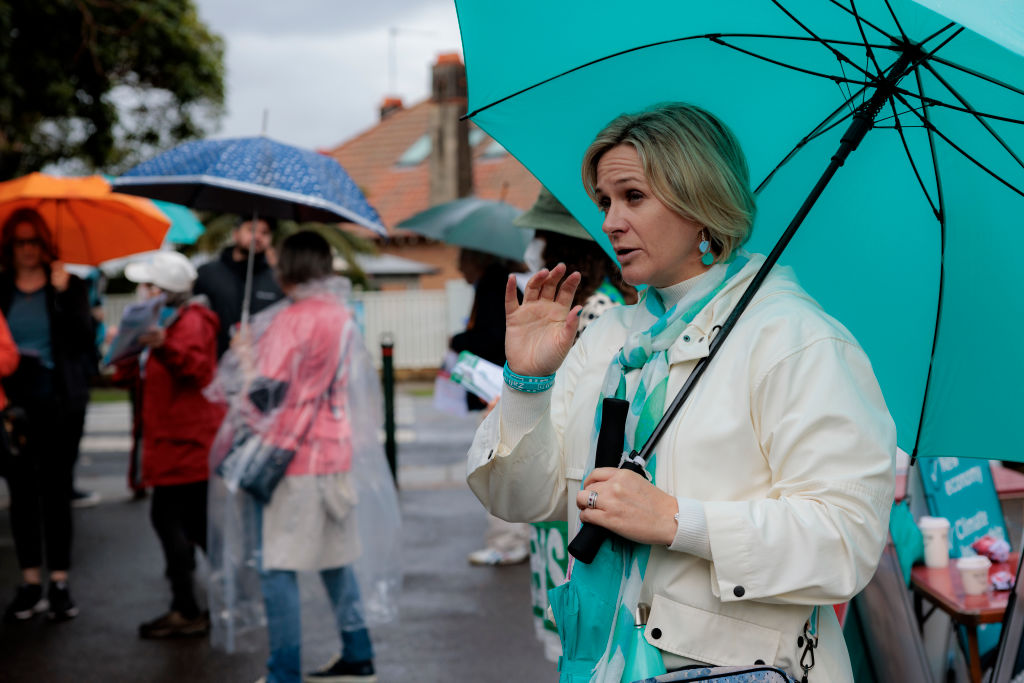 For whom the climate bell teals.

Strictly speaking, an acronym must be a word, and pronounceable at that. Thus LGBTQ+ is not an acronym. If DEI is turned into DIE, and I don’t see why not, then it is an acronym. ESG and CRT are not acronyms and can’t be rearranged to make them so. WEF is not an acronym but could be rearranged as FEW; though this might not please the legion (apropos Mark 5:19) attending Davos. An advantage of acronyms is that they slide off the tongue. So it is that a new slick acronym has been introduce into Australia’s climate debate by Zali Steggall. Namely, REST; standing for "renewal energy storage target." This obviously complements the acronym RET, standing for renewable energy target. Incidentally, for the avoidance of doubt, RET is a word.

Ms Stegall is notable for depriving former prime minister Tony Abbott of his seat in the 2019 federal election. She’s a pathbreaker for six Stegall lookalikes (the so-called Teals) who defeated their putative right-of-centre opponents in well-heeled electorates in this year’s federal election. All ran, almost entirely, on the single policy of being greener than mere green; of proposing impossible-to-achieve renewable energy targets. I dare say they’ll all adopt REST as part of their sloganeering.

'REST is a crucial piece in Australia’s energy transition puzzle,' argues Steggall. Puzzle is a well-chosen word. Australia’s transition to intermittent, unreliable and costly energy from abundant coal and natural gas is a great puzzle. Matched by a mind-bending solution. The Australian market Operator (AEMO) issued its '2022 Integrated System Plan' on 30 June. The objective of the plan is to engineer “a true transformation of the NEM [National Electricity Market] from fossil fuels to firmed renewables.” 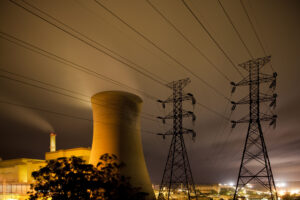 Does nuclear count as "renewable">

And what will the transformed electricity market look like? Far-flung wind and solar farms, connected to the grid by 10,000 kilometres of new transmission lines; pumped hydro and plain old hydro; super batteries; gas peeking stations; hydrogen, generated by electrolysis, fed by desalination plants, converted into ammonia for safer transport; so-called virtual power plants (see below); a nationwide network of charge points for EVs; and, lest we forget, demand management (aka, rationing).

I will have missed something. Doesn’t matter. I’m not alone in Oz in seeing it as a dead ringer for the instantaneously-ridiculed Knowledge Nation, ex-quiz champion and former science minister Barry Jones drew up on a whiteboard for the Australian Labor Party in 2001. Irreverently called ‘spaghetti and meatballs’ and, rather more cleverly, ‘noodle nation’; its shelf-life expired within the blink of an eye. If only that were predictive of the fate of the new-beaut electrical system that they (renewable-energy fantasists) intend foisting on the Australia population.

Storage, hence REST, is the last piece in the puzzle for fantasists. It completes the renewable-energy utopia in their delusional minds. But storage is a stock. Stocks run down. The supply of electricity is a continuous flow. Lapses require a compensating flow; for however long. Now those in the front line of keeping the lights on (prominently AEMO) are not complete dimwits. So, it’s not storage but firming which takes centre stage in bridging lapses. Words are important. Firming is a flow of power.

What can provide a flow of power for the extended periods when renewable energy is MIA? Not batteries, however super. The Australian Energy Council provided an unusually factual take on Victoria’s big battery (VBB). A battery twice the size again of the now doubled, much-vaunted, battery installed in Hornsdale in South Australia, courtesy of Elon Musk.

The VBB will not store huge quantities of surplus energy generated by renewables on sunny,windy days, and release this back into the grid for days and days when the sun isn’t shining and the wind isn’t blowing. Its energy storage capacity is limited to at most a few hours’ worth of charging and release. Claims that such batteries will magically solve all the challenges of renewable generation variability and set us on a path to 100 per cent renewables tomorrow totally misconstrue the real roles that grid-scale batteries can effectively play.

Never mind, there’s always pumped hydro and virtual power plants to fill the breach. And do I have the Sydney Harbour bridge to sell you.

Australia’s only major pumped hydro project, Snowy 2.0, was originally slated to produce power by 2021; then 2026; now 2028, though no one would bet on that. And who would have ever guessed, it’s turning out to be far more expensive than envisaged. From $2 billion when announced by former prime minister Malcolm Turnbull in 2017, to $5 billion, to now over $10 billion. And, when finally built, it will do no more than reproduce the power (2GW) of the Liddell coal-power station, due for premature closure in April 2023. For how long can it deliver such power? For as little as 20 hours perhaps, in some circumstances. Then it will take days to pump the water back up. Fingers crossed that the wind keeps blowing during these times. Might be better than a big battery? Still, has the history of energy generation ever seen so much expended for so little return?

As for virtual power plants, i.e., tapping into household and EV batteries? Pull the other one. A complex and expensive workaround offering an insignificant cache of power for the foreseeable future. In any event, it’s batteries again and they’ll run out long before wind droughts end. Tough toodles Teals & Co. Backing up unreliable renewable energy, requires gas-fired generators. There is no other practical way. But let’s do it with green hydrogen, they fantasise. Sure, mañana. One of these balmy days and nights.

According to AEMO, sans coal, the existing firming capacity in Australia’s national electricity market has to increase by more than six times. No doubt a model spat this out. Save the modelling. Apply simple logic for a world which often enough darkens and stills. As much power that can be got from wind and solar has to be backed kW for kW by another means. One hundred percent firming required. And by a means which can deliver a continuous and indefinite 24/7 flow.

What, a whole separate system backing up the primary system? Just imagine, analogously. Every utilitarian household appliance backed up. Two washing machines installed because one can be absolutely relied upon to regularly breakdown in mid-cycle. Why not throw that one out then, said a small child?

One comment on “In Oz, No REST for the Greenies”