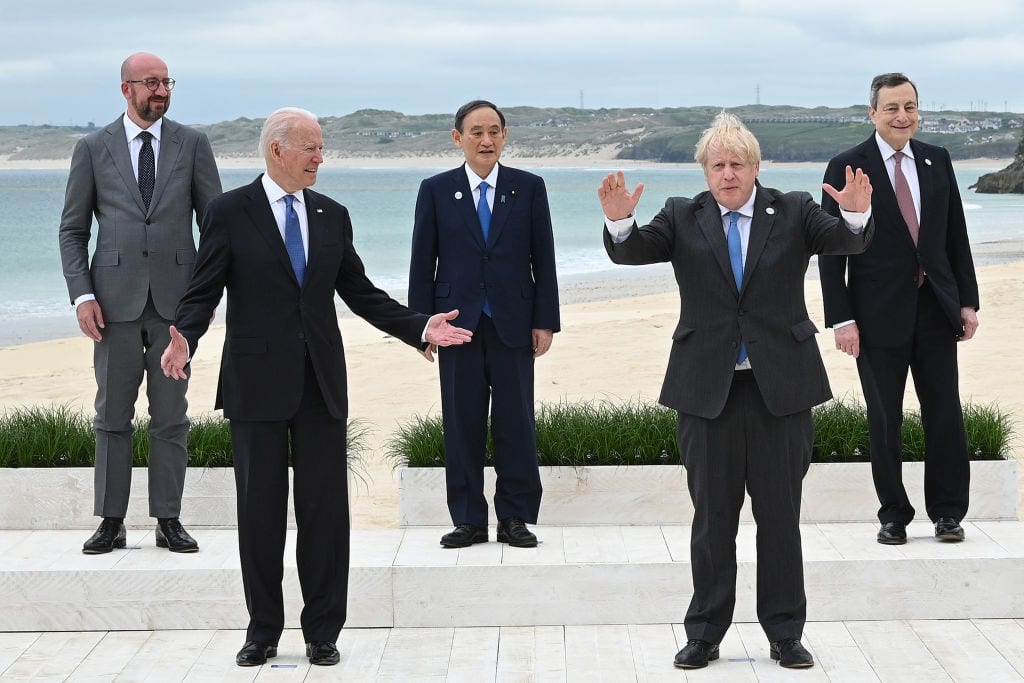 A confederacy of dunces welcomes you.

The assembly of clowns, charlatans, and senile old men pretending to be President of the United States are about to deliver themselves of a malignant mouse and call it progress:

G7 leaders were on Sunday urged to take urgent action to secure the future of the planet, as they finalised new conservation and emissions targets to curb climate change, and wrapped up a three-day summit where revived Western unity has been on show.

Veteran environmentalist and broadcaster David Attenborough told the gathering of the world’s richest nations the natural world was “greatly diminished” and inequality was widespread. “The question science forces us to address specifically in 2021 is whether as a result of these intertwined facts we are on the verge of destabilising the entire planet?” he said.

“If that is so, then the decisions we make this decade — in particular the decisions made by the most economically advanced nations — are the most important in human history.”

With all due respect to Sir David, bunkum.

What's got into Boris Johnson? Apparently his brush with Covid-19 has permanently addled his pate and he is now all but indistinguishable from your average lefty climate nut. And don't be fooled by the "building back greener" trope -- if "green energy" were real, we'd have been using it long since. Instead, it's just more toffish nonsense from the Davos crowd, part of the Great Reset they have in store for us.

Enjoy your friend green cicada and bat-butt soup while you have the chance -- things will get much, much worse.

One comment on “In London, the G7 vs. Humanity”