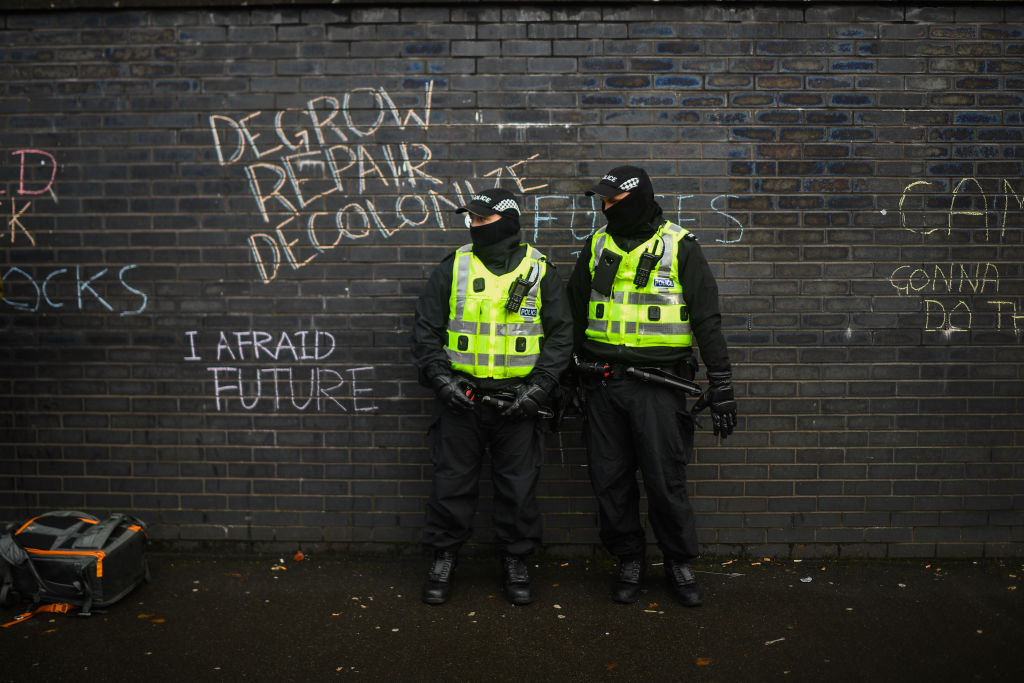 COP26: Welcome to the future of "climate change."

In many ways the Cop26 conference resembles the poison cup scene in the 1987 movie Princess Bride. In the setup two full wine goblets are presented to the hero and villain, one containing normal vintage but the other laced with “iocaine powder," an undetectable but thoroughly deadly poison. Knowing this, neither wants to be the first to drink, at least without figuring out which cup is spiked.

At Cop26 the nations are presented with a cup said to be full of planet-saving potion that will be wonderful for you in the long run but there is a chance -- nobody knows how big a chance -- that your economy might die of fuel scarcity in the meantime. The participants are hesitant to go first unless they are compensated for the risk.

"African nations and a group called the Like-Minded Developing Countries, which includes China, India and Indonesia" want at least $1.3 trillion to go first. But the Western countries are unwilling to ante up, having been unable to reach an earlier $100 billion target to begin with and being broke to boot. “We’re not feeling particularly capable now,” said one European official. “It’s really not the right time.”

In fact there could hardly be a worse time. The climate change conference is being held and pledges elicited to cut back on petroleum products just when the entire globe is reeling from a desperate 'fossil fuel' shortage that is causing inflation and hardship everywhere, even in the West. It's worst in the Third World.

“It’s humiliating,” said Ms. Matos, 41. “Sometimes I just want to cry… I buy gas to cook and then I can’t afford food, or if I buy food then I don’t have money to buy soap.” She said she can’t even afford the butcher shop’s leftover bags of bones.

But European politicians are also wary. "In France, the People the Climate Summit Forgot" are seething, writes the NYT. "Three years ago, Montargis became a center of the Yellow Vest social uprising, an angry protest movement over an increase in gasoline taxes... The uprising was rooted in a class divide that exposed the resentment of many working-class people, whose livelihoods are threatened by the clean-energy transition, against the metropolitan elites, especially in Paris, who can afford electric cars and can bicycle to work, unlike those in the countryside."

Nor were optics improved by  "the global elite arriving at Glasgow via 400 private jets... [which] created such a shortage of parking slots that some were obliged to fly the extra 50-70km to Prestwick and Edinburgh just to park."

The result, as with the movie poison goblet scene, has been an eyeball to eyeball standoff that has slowed Cop26 to a near-halt. "UK Prime Minister Boris Johnson has called on leaders and delegates to just "get on and do it" as the COP26 climate talks appear to have stalled," says CNN. That sounds like an exhortation to suicide. Left-wing Greek politician Yanis Varoufakis actually concludes that COP26 is doomed, and the hollow promise of ‘net zero’ is to blame. 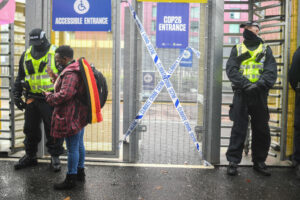 Any resemblance to a crime scene is purely intentional.

Whoever is to blame the next move in the drama is probably up to the engineers rather than the politicians. They are working to create safe, modular nuclear power stations that can further produce bottled hydrogen fuel for reasons not necessarily driven by the U.N. model. Freed from the Cop26 scheme engineers can innovate on the basis of utility, cost and local measurable salubriousness -- that is, on merits -- without reference to some political mandate. They might get nukes not windmills in this calculus but they will get something that works.

Only engineers and entrepreneurs, not ideological activists, can provide an escape from the Cop26 poison cup trap that's making everyone poorer and solving nothing. Don't drink it unless you've developed an immunity to energy poverty poisoning.

One comment on “History's Most Expensive Alphonse and Gaston Conference”