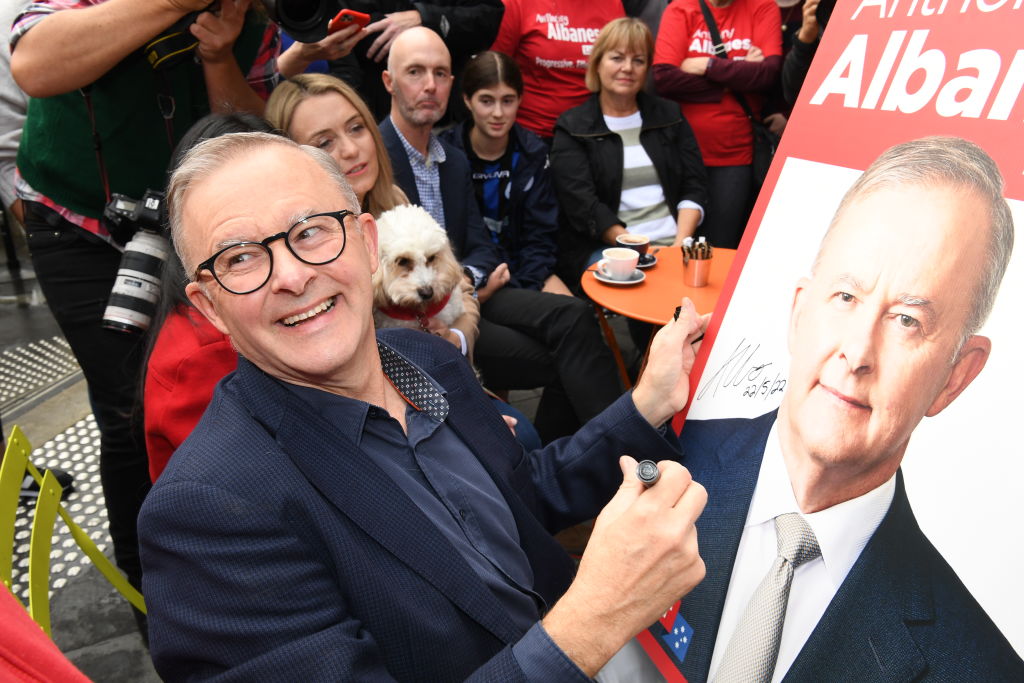 Anthony Albanese of the Labor Party has won the Australian election as polls said he would. While the convoluted compulsory preferential voting system will keep some results hanging for some days, it’s likely (as I write 24 hours since the polls closed) that Labor will gain 76+ seats in the 151-seat House of Representatives. And, therefore, will be able to govern in his own right, without the help of independents or Greens.

I’m queuing to vote. A middle-aged chap in a Kylea Tink tee-shirt approaches me. Do you know anything about Kylea Tink, he asks? Yes, I do, I say, she has insane climate policies. He reminds me of recent floods and bushfires. You mean like the ones we had in the nineteen thirties; I respond. Resignedly, he beats a retreat and moves on to the young couple standing behind me. More receptive ears. I wonder. How does a man of his age become completely delusional? Young things, OK. They know no better, and have been brainwashed on social media.

On reflection, judging by the overall election result, the weight of the voting population across all age groups has become delusional. A cultural degeneration, perhaps already in waiting, has been given impetus by "climate change" and Covid. Irony. Australia is one of the few countries to meet its Kyoto commitment. It has a covid death-rate one tenth that of the U.S. Unemployment has just fallen to 3.9 percent; its lowest level for fifty years. And yet…

Ms Tink, who won the seat by the way, was one of thirteen so-called “Teal” independents, opposing “moderates” (more correctly, wets), among the governing Liberal (conservative) and National (rural centre-right) parties. All in blue-ribbon inner-city seats. Backed by the son of a billionaire with interests in renewable energy, these well-heeled women, in well-heeled electorates, are climate activists. In each case their Liberal or National opponent scores more votes. But preference sharing among the Greens and Labor gets (as it stands) six of them elected. Oh, for first-past-the-post elections...

Unfortunately, we now have a Labor government committed to a 43 percent reduction in emissions by 2030, with up to twelve Greens and green-minded independents in the parliament who think much more ambitiously. They variously want something between sixty and seventy-five percent. Meanwhile the Liberals are tortured. Should they try to outbid the Teals next time to get those blue-ribbon seats back?

Hold on, there’s no outbidding the Teals. Should they then try for those working-class outer-suburban seats, which they’ve never won, by going back to traditional conservative values and common sense? A Trumpian strategy. Seems farfetched. There will be no path back for the Liberals, while "climate change" is the cause du jour.