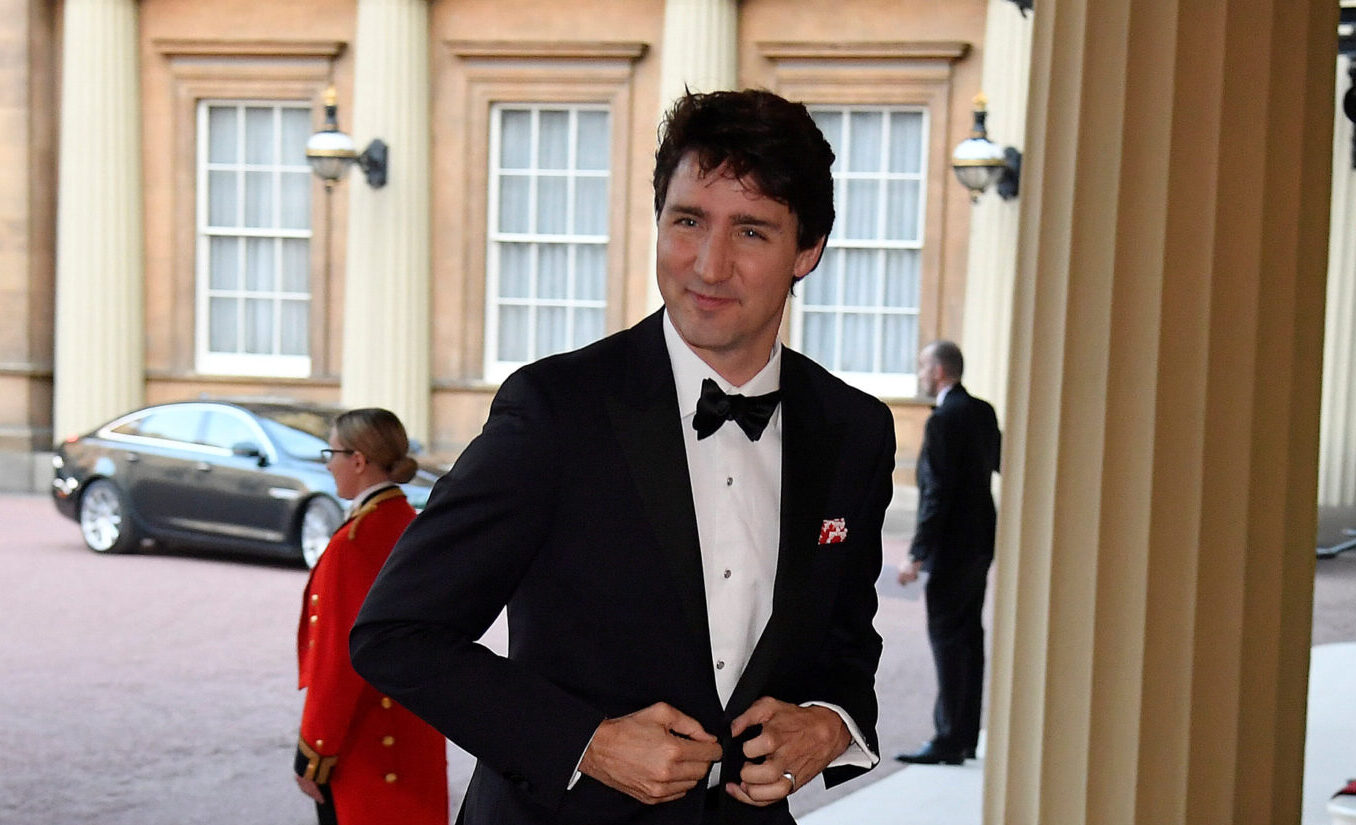 Where's Justin? Covid-positive and heading for the hills.

Can it be true? Is it possible? If so, it is too delicious. Canadian prime minister Justin Trudeau has tested positive for the dreaded Covid-19, the head cold and sniffle over which he's turned Canada into a virtual police state the past two years:

Canada Prime Minister Justin Trudeau has tested positive for Covid-19, he announced Monday, as his nation continues to face a surge in cases due to the Omicron variant, as well as rowdy protests in the capital over pandemic health restrictions. Trudeau warned Canadians this month to "hunker down" for winter.

This morning, I tested positive for COVID-19. I’m feeling fine – and I’ll continue to work remotely this week while following public health guidelines. Everyone, please get vaccinated and get boosted.

That's not all. Rumors -- eventually confirmed -- swirled over the weekend that, as the massive Freedom Convoy of truckers from all over Canada converged on the nation's capital to protest vaccine mandates and other instances of Covid heavy-handedness, Justin Trudeau had broken his then-prophylactic Covid quarantine over the unlikely event that the protest could turn violent. Not yet confirmed is where he's actually fled. The official statement says an "undisclosed location." The delicious rumor holds that he's fled the country!

🚨🇨🇦#Urgent: Justin #Trudeau moved to A safe place in the US according to Israeli sources, as Canada protests spark security fears. pic.twitter.com/2P3lexCE8z

Hysterical, if true. And doubly so because, even as the bought-and-paid-for Canadian media warned, in shrill and hysterical tones, that this was the second coming of Oswald Mosley's Blackshirts;  the CTV article "Experts say online conversation around trucker convoy veering into dangerous territory” might have the most Canadian headline I've ever read. The Ontario Provincial Police made no arrests and reported “no incidents of violence or injuries."

The phrase "mostly peaceful protest" became a dark euphemism in the summer of 2020, but this was apparently an entirely peaceful protest. The worst charge the press could hit participants with was a few incidents of people "parking on the grounds of the National War Memorial before police asked them to move."

Canadians like to tease Americans about the outcome of the War of 1812. This is a matter of some dispute, since U.S. textbooks have tended to say that the war's outcome was inconclusive, whereas Canadians' say that they that Canadian soldiers under British leadership beat the tar out of the Americans. "Remember when we burned your White House!" is a phrase this author has heard more than once.

Well, fair play to them. In 1814 they did burn the Presidential Mansion, as it was then called, along with much of the rest of the city in retaliation for the burning of Toronto. Still, that attack on Washington was the occasion of a moment of rare presidential heroism, when James Madison actually took command of troops during the Battle of Bladensburg in the hopes of defending the city, the only time a sitting American President has done so.

Meanwhile, Justin Trudeau, camp counselor, high school drama teacher, and now, amazingly, prime minister, fled (possibly even the country) when confronted by his own citizens pissed off about his policies. What an embarrassment.

Luckily his act seems to be wearing thin with the Canadian public, and the truckers seem to be winning them over:

The majority side with the convoy. https://t.co/FdGsezY0u7

Who's the "fringe minority" now?