Fighting the Climate War, One Fad at a Time 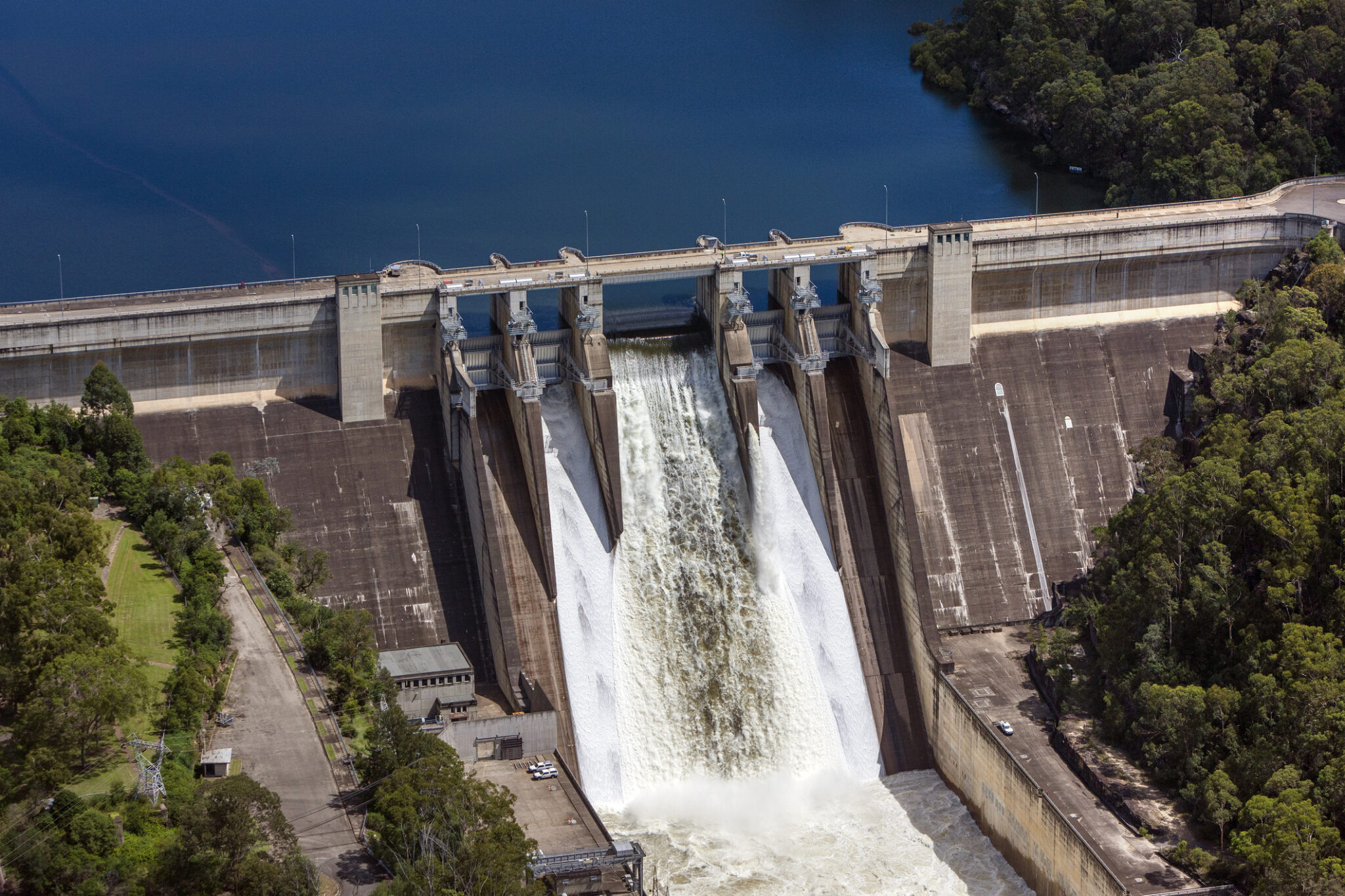 Warragamba Dam -- praying for rain, but not harvesting water.

Behind my desk is a framed picture of an article in Newsweek dated April 28, 1975. The cooling world, it is titled. “Climatologists are pessimistic that political leaders will take any positive action to compensate for the climatic change, or even to allay its effects,” it is reported. Fortunately, nothing was done, e.g., “covering arctic sea ice with soot,” otherwise what a pickle we’d now be in, what with global warming and all.

Global cooling was forecast to cause “an increase in extremes of weather such as droughts, floods, extended dry spells, long freezes, delayed monsoons and even local temperature increases.” There it is. Whatever the climate does we should expect the worst. 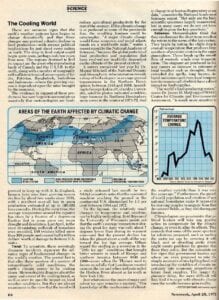 Australian palaeontologist and climate alarmist, Tim Flannery expected the worst in 2007. Droughts were in his crystal ball. “Even the rain that falls isn’t actually going to fill our dams and our river systems,” he said. Late March 2021 in the states of New South Wales and Queensland, rain galore, floods, dams overflowing. Of course, things will change, droughts will recur in the land “of droughts and flooding plains;” as the Australian poet Dorothea Mackellar put it, way back in a wiser age before Flannery was born. And they’ll be met with water restrictions and, among Christians, prayers for rain.

It would help if there were more and bigger dams, but these are hard to build. They are hard to build, in case you don’t know, because the habitats of rare species would be lost or Aboriginal cave drawings or other sights of significance submerged. As it turns out, these barriers to dam building apply more or less everywhere it makes sense to build large-scale dams. Sometimes I think we might as well designate the whole of Australia as a national park-cum-untouchable Aboriginal sacred site and be done with it.

Warragamba Dam is the primary water source for Sydney. It was finished in 1960 when Sydney’s population was not much over two million. Sydney’s population is now over five million and, surprise-surprise, during droughts water storage runs seriously low. A plan to increase the capacity of the dam by increasing its height is stalled. No surprise there either.

As an aside, isn’t it somewhat churlish to keep on praying for rain during droughts when we’re persistently recalcitrant in harvesting water? My Anglican minister points out that those suffering during droughts still need our prayers, whatever the circumstances. I take his point, yet I suspect most Anglican churchgoers are green-hued and therefore to some extent complicit in the suffering. It’s a conundrum, but enough of that.

Don’t for a minute think that the “record-breaking” rains (they are not by the way) in NSW and Queensland will dent Flannery’s (hysterical) conviction. It would take momentous contradictory events to disturb any part of the conviction among alarmists that we face imminent catastrophic climate change. It comes down to the philosophy of science.

To be honest, I don’t find the philosophy of science to be a riveting subject. But it seems to me that the history of science in the past half century has shown that Thomas Kuhn’s insights rather than Karl Popper’s best encompass the scientific method in practice. Scientists clearly move in crowds; albeit with the odd, shunned, ‘eccentric’ voices on the periphery. The prevailing scientific paradigm, as Kuhn describes it, bounds inquiry. That is, until whatever is the stubbornly-held paradigm is completely overwhelmed by contradictory events.

Incidentally, J K Galbraith (in The Affluent Society) used the term “conventional wisdom” to describe, more or less, the same phenomenon in the social sciences and in all walks of life. 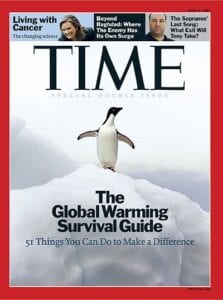 We only have to be right this week.

I dare say many climate scientists were investigating global cooling when it was fashionable, as they are now almost all investigating global warming. I doubt many are subjecting the hypothesis of CO2-caused warming to stress testing. They are not Popperians, busying away trying to falsify the paradigm which guides their research. No, I suggest, they simply accept it as true and work within its bounds. And maybe that is the way science has generally proceeded.

Climate sceptics often charge that a scientific consensus is a contradiction in terms. But is that true? On reflection, I don’t think it is. I have read that a consensus has developed within quantum theory which leaves those on the outside at risk of being shunned. I understand that Galileo had less trouble with Urban VIII, the Pope at the time, than he had with the scientists of the day who had the ear of the Pope. At question is how to break through a consensus?

I will take my lead from Sun Tzu in The Art of War. “If you know the enemy and know yourself, you need not fear the result of a hundred battles” (3,18). Many of those who believe climate alarmists to be wrong don’t seem to know their enemy. They tend to think that logical counter-arguments will carry weight. They won’t. All such counter arguments strike at the paradigm (a walled city). That simply won’t work. It’s akin to infidels questioning the likelihood that the Archangel Gabriel spoke to Muhammed in a cave. It will carry no weight among Islamists.

What to do against a strong enemy? “The worst policy of all is to besiege walled cities,” says Sun Tzu (3,3). “Force him to reveal himself, so as to find out his vulnerable spots” (6,23). In this case, the vulnerable spot is the practical means of countering CO2 emissions.  Clearly today’s renewable energy doesn’t and won’t ever work. Not even Michael Moore (Planet of the Humans) defends it. So, what will work? Right now, only nuclear can deliver sufficient dispatchable power, whenever and wherever it is required, without producing CO2 emissions. That is the turf on which the battle can be fought and won.

If indeed man-made CO2 is on the brink of causing catastrophic warming, then we need to move speedily. There is no time for endless research on renewables or hydrogen. Only nuclear is available in the limited time we have left. Might even be able to get David Attenborough to buy into this, in view of his current angst.

Of course, battles will remain. Electric vehicles, farm animal emissions etc. But at least we might be rid of ugly wind and solar farms and the costly, intermittent and unreliable power they bring. True we lose cheap and dependable fossil-fuel power. However, consolingly, it will not be lost to the world. We can depend upon China and India to keep on burning the black stuff.

3 comments on “Fighting the Climate War, One Fad at a Time”