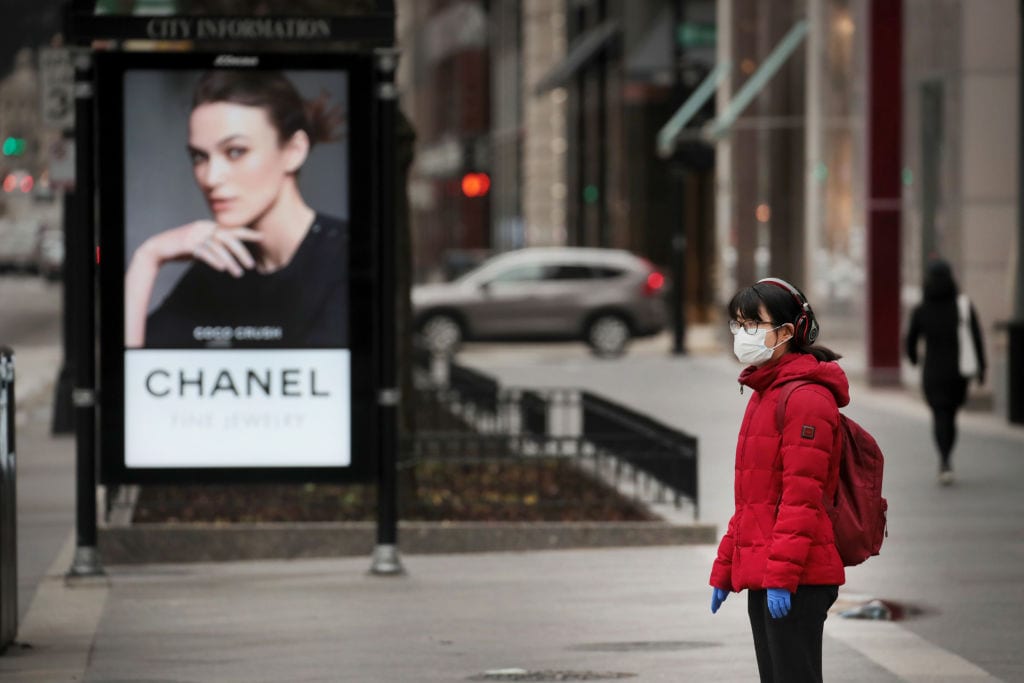 There is a meme going the rounds: Human Beings are the Disease; the Virus is the Cure. It has been immortalized on tee shirts and posters. And it expresses more candidly than is wise what has been the opinion of the Deep Green movement for a long time: that energy and industry should be de-carbonized to the point where far fewer people would be able to live on this earth (which we pollute.)

The most direct (and thinkable) policy following directly from this is that people should stop having babies. There is a small movement among women, generally in the college-educated classes of the West who make declarations they will not bring children into this polluted world. And many Western nations are showing demographic declines. But the anti-baby movement is not small but very small, the population decline is gradual, it is negated by immigration, Western governments increasingly consider pro-natal policies to arrest or reverse it, and anyway non-Western countries show population increases some of which then fuels migration to the West.

Enviro-extremists can’t rely on population decline, natural or incentivized, to cure the virus. That leaves indirect policies to do so. Hence the Green political agenda that would create a de-carbonized world that in the absence of population decline would mean the much, much lower living standards for everyone—not only higher energy prices but higher prices of everything, endless shortages of everyday goods, with luxury goods (foreign vacations, high fashion clothing, etc.,) available only to the very rich, overall a standard of living lower than that of the communist world in, say, 1950.

That would be the cure. And because the reality of such a cure is rarely spelled out, or is expressed in hazily virtuous terms as if it were a weekend at an expensive “fat farm,” the virtue-signalling political parties and social classes in the prosperous West have blithely signed off on it. Now that a real virus has struck humanity in the form of COVID-19, however, we’ve been given a brief taste of what it might mean and a new insight about the environmentalist “virus,” namely ourselves.

As to the Coronavirus crisis offering a taste of what the inter-governmental “zero-carbon economy by 2050” agenda might mean in practice, I have to give the Left-Green movement credit: they came out fighting. As quoted in an earlier column, former Greek Finance Minister Yanis Varoufakis tweeted out an upbeat view:

Varoufakis has not been alone in this optimistic take. CNBC had this report of other reactions suggesting that the crisis has actual benefits that should enable us to plan in advance for the climate crisis as well as for future epidemics:

Canal water in Venice has cleared up without boat traffic. Air pollution in China has plunged amid unprecedented lockdowns. In Thailand and Japan, mobs of monkeys and deer are roaming streets now devoid of tourists. The coronavirus pandemic is shutting down countries across the world, causing a significant decline in air pollution in major cities as countries implement stricter quarantines and travel restrictions.

In the midst of this rapidly moving global pandemic, it’s natural that we also think about that other massive threat facing us — global climate change —  and what we might learn now to help us prepare for tomorrow,”  said Peter Gleick, a climate scientist and founder of the Pacific Institute in Berkeley, California.

Now, I’m not so sure about the advantages of having mobs of monkeys and deer roaming the city streets, but it’s obvious commonsense for plan for future emergencies. That commonsense is undercut, however, if emergency planning actually reduces your ability to deal with those emergencies. Lower air pollution levels in Chinese and Italian cities are very desirable, but if we get them by relying on renewable energy sources like wind that doesn’t blow on schedule, we may find that the hospital saving patients’ lives suddenly has a power blackout.

That’s neither fanciful nor alarmist. Human beings are gifted and inventive and we respond creatively both to occasional crises and to everyday problems. Air pollution levels in the West, for instance, have been massively reduced since the 1960s. But those of us in politics and governance also have a weakness of preferring grand utopian visions and semi-religious visions to practical solutions.

So those in particular who favor “global” or “European” energy transformations that require national and international planning that superintends every aspect of economic life should recall the actual outcomes of such planning in the Soviet period. Except for military industries, the Soviet Union and its satellite powers were technologically backward, inefficient, riven by corruption, and chronically unable to meet the public’s demands for good and services while producing what the public didn’t want. Soviet hospitals in particular were backward and lacking basic equipment, and power either had blackouts or, worse, the breakdown of Chernobyl in 1986. Those things happen when remote elites take decisions that have no feedback mechanism to correct their failures nor any accountability that would replace them.

To be fair, however, the Soviet planning system did at least aim to increase growth and to improve living standards. What can we expect when governments, nervously nodding to the angry demands of Greta Thunberg, propose to urgently cut in half the use of fossil fuels that—without major scientific breakthroughs—alone guarantee our ability to maintain living standards? When they do that, they in effect imitate the Deep Greens and promise reductions in living standards which will inevitably include fewer advances in medical care and less protection against future pandemics. There are many practical ways we can prepare for climate change; setting in train a utopian disaster is not one of them.

Moreover, the impoverished and riskier lifestyle that utopianism promises will not last only one or two months. It’s a forever thing. If we’re curious about people’s willingness to adopt the sacrifices that such a policy would require, we should ask about how we have reacted to the temporary restrictions and losses that governments have imposed in response to COVID-19. One would have to say our response has been mixed.

On the negative side, there were the absurd outbreaks of struggles in UK supermarkets for supplies of toilet paper as a precaution to deal with a disease that doesn’t have diarrhea among its symptoms. That was plainly foolishness born of panic. An opposite reaction, still on the negative side, could be seen in the crowds of young students in Florida ignoring the injunction to stay away from large gatherings to get blind drunk in their thousands in the traditional manner. That was foolishness born of complacency, especially the belief of young people that they’re invincible and immortal. Note that those responses took place in the first two weeks of the restrictions. Some epidemiologists had always been skeptical of “lockdowns” on the grounds that they would be ignored after a month or so as people became bored at home. Apparently, we couldn’t wait that long.

My  colleague on National Review, Kevin Williamson, calculates the odds based on that evidence and concludes with brutal clarity:

If Americans are this resistant to paying a large economic price to enable measures meant to prevent a public-health catastrophe in the here and now — one that threatens the lives of people they know and love — then how much less likely are they to bear not weeks or months but decades of disruption and economic dislocation and a permanently diminished standard of living in order to prevent possibly severe consequences to people in Bangladesh or Indonesia 80 or 100 years from now?

I think that’s right—both that Kevin is correct and that Americans are sensible in rejecting vast and massive sacrifices in their lives today in order to achieve great things in the distant future which, as events unfold, are as likely to be realized as was the New Soviet Man. Indeed, we needn’t wait for the distant future. Governments and scientists are now rethinking the plan to extend the lockdowns in Britain and other European countries to the Fall or even to the Spring of next year on the grounds that their costs—both in the destruction of jobs and businesses and, crucially, in the loss of lives—might be as bad or worse than different strategies, such as weaponized mitigation outlined by Peter Smith on Quadrant Online.

That’s realistic. But does it also indict the human race as a virus which the Deep Greens maintain we are?

If supermarket riots and young people getting drunk were the only human reactions to COVID-19, that might serve as at least a debating point. But what has also been evoked by this crisis is an upwelling of voluntary altruism by both ordinary citizens and, more extraordinary, by businesses large and small. In the UK an appeal from the government for volunteers to help the health services has been massively over-subscribed; the country’s best-known entrepreneur, Sir James Dyson, has changed his factory over to developing much-needed ventilators for hospitals, donating a third of his initial production to the government; there was even a national applause moment for the National Health Service transmitted by television. And there have been innumerable similar gestures in the United States, as reported by the PBS-News Hour.

There’s been an upsurge of discussion in the media as to how the lockdowns, the social distancing, and the self-isolation at home will affect our lives once the emergency is over. For instance, Jonathan Kay, the deputy editor of Quillette, has suggested, following his renewed experience of family dinners, that his and other families might spend more time with each other even when they’re not forced to do so. My own three prediction for how we’ll emerge different from the lockdowns are:

Altogether, the present moment is one of Tocqevillian solidarity. It won’t last forever, but it won’t vanish overnight either. And it might eventually help to produce some better solutions to climate change.