COP26: Stuck in the Middle with EU 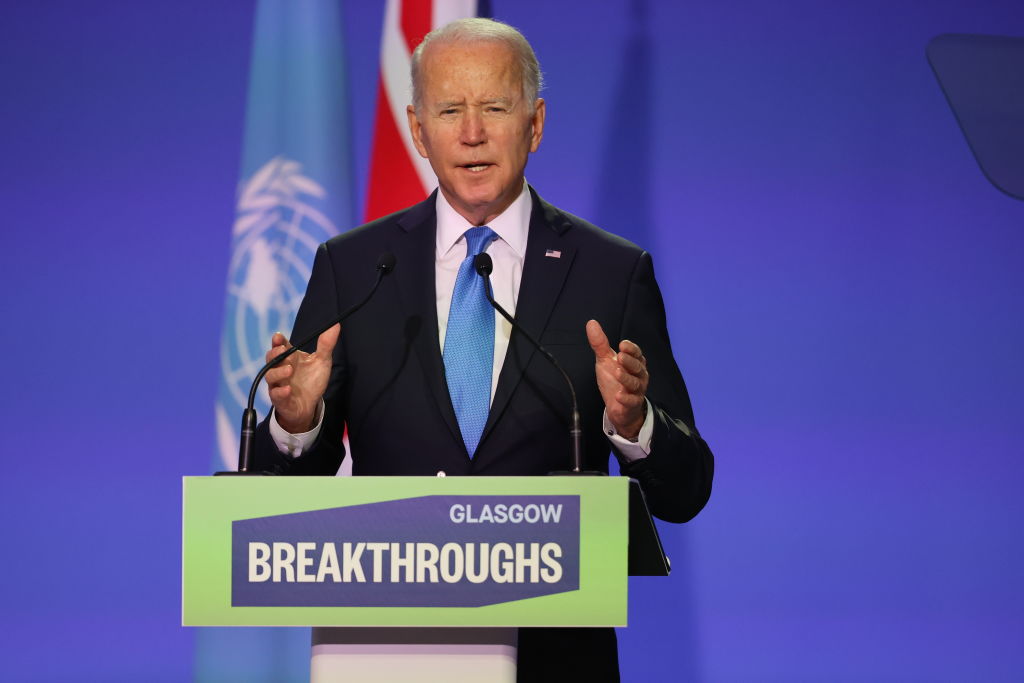 As I was saying to the Pope, just the other day.

The main goal of the 26th U.N. conference of parties, more widely known as COP26, was to finally nail down agreements to reduce the use of oil and gas and punitively tax the emission of carbon in all of its supposedly deadly forms. It opened like the Greatest Show on Earth, with hundreds of private jets and other aerial VIP transport descending on Scotland, unleashing a cavalcade of political, business and activist celebrities unseen in such in-person numbers since the coronavirus pandemic started.

But despite the drama and pageantry COP26 seemed curiously anachronistic, recalling Barbara Tuchman's description of Edward VII's funeral procession in 1910. "Together they represented seventy nations in the greatest assemblage of royalty and rank ever gathered in one place and, of its kind, the last. The muffled tongue of Big Ben tolled nine by the clock as the cortege left the palace, but on history's clock it was sunset, and the sun of the old world was setting in a dying blaze of splendor never to be seen again.”

The dawn of a new Green age curiously looked like a sunset. 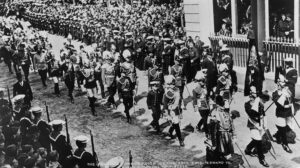 The shadows hanging over COP26 were the economic consequences of a pandemic entering its third year, the disruption to supply chains caused by ultimately doomed government efforts to contain the virus through draconian population movement restrictions and a global energy shortage resulting from the failure of Green energy to deliver its share of the total. Together these threaten to bring down the curtain on the old order.

Whether things would have been different if coronavirus had never happened, or the winds had blown strongly as predicted instead of sluggishly turning the idling windmills, is a might-have-been that will never be known. But in the actual case the COP26 is gathered around a dismal economic prospect.

Responding to a reporter’s question at a press conference in Glasgow, Biden acknowledged that the conference’s momentum has been slowed by the fact that the top leaders of some large countries are not attending. “China and Russia not showing up and Saudi Arabia not showing up is a problem,” Biden said.

The reason for their absence is obvious. China, which is the world's largest consumer of coal is suffering from an energy crisis and wants to buy what climate change activists call "fossil fuels." Russia and Saudi Arabia on the other hand are eager to sell them to a world desperately short of the commodity at sky-high prices. Europe is in the invidious position of greedily buying up the very Russian gas they so publicly denounce at COP26. Even Biden is vaguely aware of political price he will have to pay if the energy driven inflation afflicting the American middle class is not staunched.

The long awaited Green future has arrived and no one can afford it.

Without China -- a pollution source greater than the E.U. and U.S. combined -- and without Russia and Saudi at COP26 and a new Cold War dividing the world map, the Climate Change plan is dead on arrival. Without a failover energy infrastructure incorporating a nuclear-plus-hydrogen component to switch to, the climate change agenda will remain a political stunt.

Most politicians probably know this already. The problem is they can't admit it without going back on the pledges they made to their left-wing coalition partners in more expansive times. So they will pretend for the moment and promise to do better next time. The enthusiasm they feigned on arriving at the conference will be as nothing to the relief they will feel on leaving it.

One comment on “COP26: Stuck in the Middle with EU”