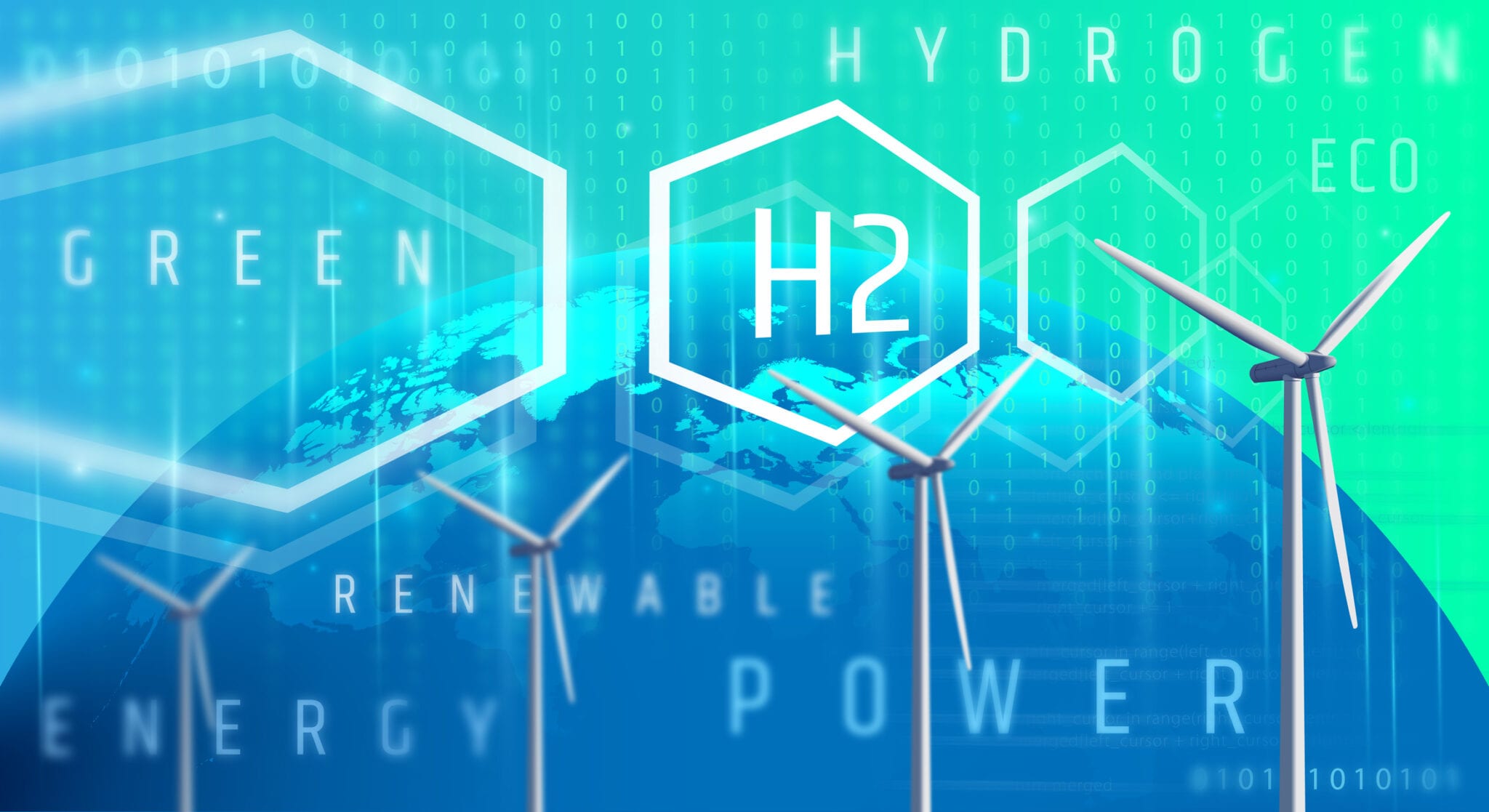 Shortly after his book Climate: The Counter Consensus was published in 2010, the late palaeoclimatologist and climate-change skeptic, Professor Bob Carter, told me that he thought that the tide was about to turn. The scientific consensus would be upturned. Reason would return. He was wrong.  Now, eleven years later, the climate-change juggernaut is well past the point of no return. Its anchor in science has become neither here nor there.

Temporarily recalcitrant; the Australian government is now part of the international posse chasing the chimera of zero emissions by 2050. It recently promulgated a technological roadmap to a low-emissions future. Five priority areas are identified: clean hydrogen, electricity storage, low emissions steel and aluminium production, carbon capture, and soil carbon sequestration. It’s fair to say that clean (aka green) hydrogen is the favoured child.

We in Australia are on a hydrogen high in momento. Andrew (“Twiggy”) Forest of Fortescue Metals, which exports huge quantities of iron ore to China, announced a massive research effort into producing green hydrogen and green steel. Green hydrogen is a product of using renewable forms of electricity, solar and wind, I imagine, to extract hydrogen from water. "Green" steel uses green hydrogen as an input instead of coking coal. Obviously, the process must also be powered by carbonless energy. It has to be a virtuous circle to be green and clean. 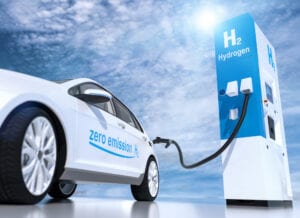 Prime Minister Scott Morrison explained that getting the cost of hydrogen down is a key to zero-emissions by 2050. A national hydrogen strategy has been established. Australia aspires to international prominence in hydrogen power. What’s that, you say? Join the queue. Germany, France, Japan and Canada among numbers of others have similar aspirations. Can Joe Biden’s USA be far behind?

Not everything which is scientifically and technologically doable makes economic sense. Hydrogen power likely falls into that category. Extracting hydrogen from water takes a lot of power; and, non-trivially, a lot of water. Hydrogen is hard to handle and transport. Its conversion back to electricity via fuel cells is costly in terms of power loss.

When it comes to the use of hydrogen fuel cells in cars, Elon Musk is unequivocal. “Mind-boggling stupid,” he calls it. James Morris in Forbes concurs. Regardless, vehicle manufacturers will no doubt press on with R&D in search of breakthroughs.

My point, however, is not at all with forming a view on the economics of hydrogen power. Unlikely as it seems, a hydrogen revolution might possibly happen. Who knows? I certainly don’t know.

What I do know is that the worldwide effort to prove hydrogen will draw in billions of dollars, including from governments, and thousands upon thousands of researchers. It is yet another storey on top of the many already in place in response to so-called climate change. Boondoggle upon boondoggle. The edifice grows.

Whence did it start? Some suggest with Maurice Strong, the founding executive director of UNEP - the United Nations Environment Programme, established in 1972. Whatever its beginnings, political buy-in gave it impetus and funding. Politicians didn’t miss the opportunity to save the world. The edifice had its foundation.

At first, you might recall, action to combat ‘global warming’, as it was formerly called, was primarily wrapped around the ‘precautionary principle’. To wit, the outcome might be so bad that even a small probability of it occurring is unacceptable. That was never going to fly high enough to justify spending vast amounts of money and turning the world upside down. So, global warming inexorably morphed, as a purely political necessity, into imminent catastrophic climate change as a proven and established fact. Actions have kept pace with growing alarmism. 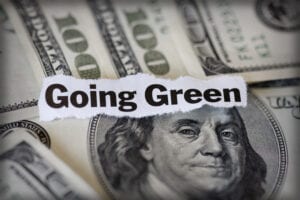 Green makes the world go 'round.

Myriads of committees, councils, associations and agencies supported by governments and international forums have been put in place. Subsidies and regulations abound. Alan Moran, puts the annual costs of climate-change polices in Australia at AU15 billion. That would of course pale when set against costs in the E.U., Japan and North America. Evidently, governments are willing to spend and regulate bigtime to cool the planet. In a saner King Canute-kinda world you’d ridicule their chutzpah.

Next comes the physical manifestations of subsidies. Upwards of 150 million solar panels littered the planet in 2019; 341,000 wind turbines despoiled the land and seascapes in 2017. The first number is my very-rough estimate (so query it by all means) based on installed capacity; the second is widely reported. The numbers will have since increased, though I couldn’t verify or update them by consulting the World Wind Energy Association or the Global World Energy Council or the International Energy Agency or the International Renewable Energy Agency.

Sorry, I gave up while knowing that there are many more energy bodies I could have consulted. No end to them. And now, on top, we can look forward to massive investments in hydrogen technology.

Best to draw breath and recall where this and everything else in the climate-change edifice comes from. It comes from a hypothesis, based principally on (tenuous and contested) modelling, that man-made CO2 has caused most warming since around 1975; and will go on warming the planet to an unsustainable extent, unless something is done and done urgently.

As Twiggy Forest puts it, “if we wait until 2050 to act, our planet will be toast.” Probably a misprint. I doubt AOC or Al Gore, or David Attenborough or Prince Charles would be relaxed about waiting anytime close to 2050. Twiggy might reflect and replace 2050 with 2030. 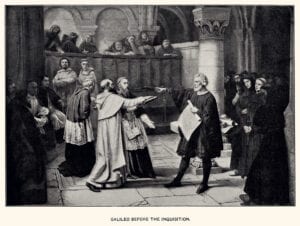 Imagine: new incontrovertible evidence comes to light. The received scientific wisdom is mistaken. CO2 is not the devil-in-gaseous form. Now imagine light emerging from a black hole. You’re right, it can’t. The edifice of money, vested interest and political power is simply too gigantic and complex to be toppled by having the hypothesis beneath it pulled away. Galileo had more chance of convincing the Inquisition that the earth moves around the sun.

Catastrophic anthropogenic global warming is as settled a scientific proposition as can be found in the textbooks. Object as you like. Proffer new evidence. It will do no good. You will be cancelled. The Age of Reason is well and truly behind us.