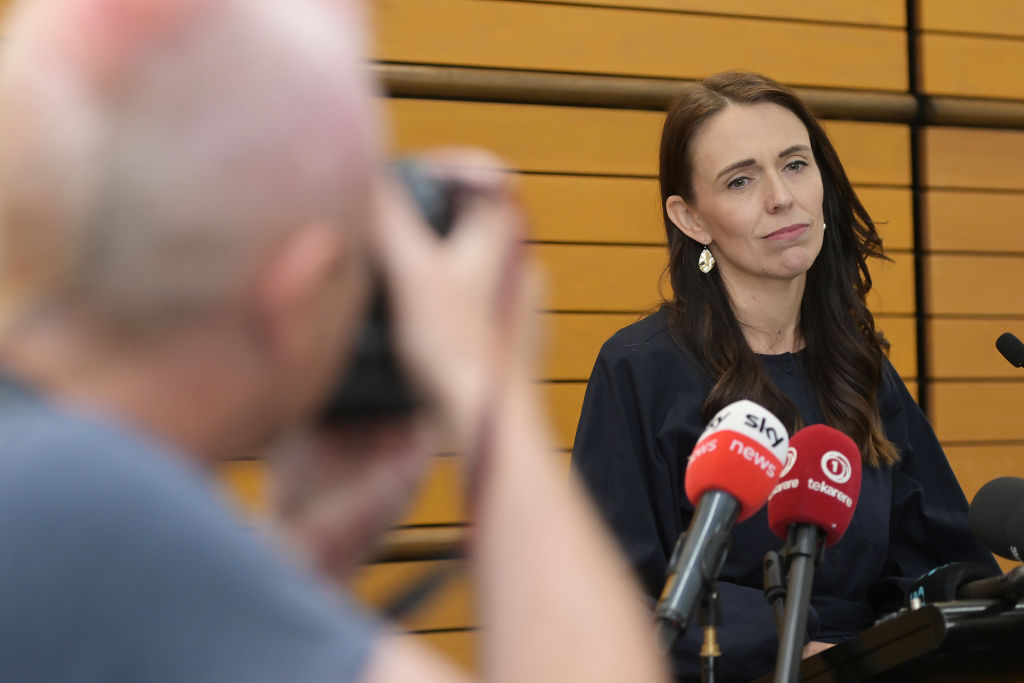 The Covid queen finally hangs it up.

Jacinda Ardern is leaving the political stage at the young age of 42. She has been prime minister of New Zealand since October 2017. A narrow victory in 2017 was followed by a landslide win in October 2020. It might seem strange now but her grossly overwrought response to Covid boosted her popularity. And, to be fair, also contributing to her popularity was her staunch and compassionate response to the awful killing of fifty-one people and the injuring of others at two mosques in Christchurch on 15 March 2019. Not surprising. Leaders tend to gather support if they are seen to handle a national tragedy well. Even George W. Bush was lauded for his response to 9/11.

She remains, of course, a paragon of feminine virtue to the international Woke brigade. That goes without saying. Opposing free speech at the U.N., sorry opposing “misinformation,” cemented her sainthood among globalists.

She says she wants to finally find the time to marry her fiancé, radio personality Clarke Gayford, with whom she has a young daughter, and no longer has “enough in the tank to do [the job] justice.” Most likely true. But it’s likely too that hers and her party’s sliding support in the polls played a part. As, no doubt, did the cognitive dissonance that besets socialists when their grand plans inevitably go wrong. They either resort to outright authoritarianism or, escape to a sanctuary.

Luckily for Kiwis, Ms. Ardern has chosen the escape route. Though it would be a mistake to think that Chris Hipkins, her replacement as prime minister, will be enlightened. As New Zealand's health overlord, he was complicit in outdoing the infamous Dan Andrews (premier of the Australian state of Victoria) in the extent and intensity of Covid lockdowns; he's also been serving as minister of education and police. Expect more of the same from him.  Big government. Green delusions. Sucking up to China. Have a look:

Remember this? Get vaccinated or we will hunt you down, we will find you and we will force you to comply!

The centerpiece of Ms. Arden’s plans was to house the poor. Fittingly for the ex-president of the International Union of Socialist Youth, she put poverty and homelessness down to “a blatant failure of capitalism.” She promised in 2017 to build 100,000 new affordable houses for first-time home buyers over the decade ahead. KiwiBuild it is called. As I wrote of her plans in April 2018: “Nothing is more certain than that doses of socialism will make matters worse.” I’d like to claim credit for my prescience. But it comes under the category of the bleedingly obvious. Five years’ later only 1,366 homes had been built. Homelessness is worse than ever.

To boot, rising crime has become an election issue, inflation is up, interest rates are up, the economic outlook is unpromising, and more people are leaving the country than are coming in. Add to that a mindless undertaking to tax the emissions from both ends of cows and sheep in a country with the highest per capita population of sheep and second highest per capita of cattle. An odorous political misstep.

To put it gently, Ms Ardern has been less than successful. She leaves the country in worse shape than when she surprisingly ascended to power. Nevertheless, let’s wish her Godspeed in her future life – in which, hopefully, her naive socialist tendencies can do less harm.