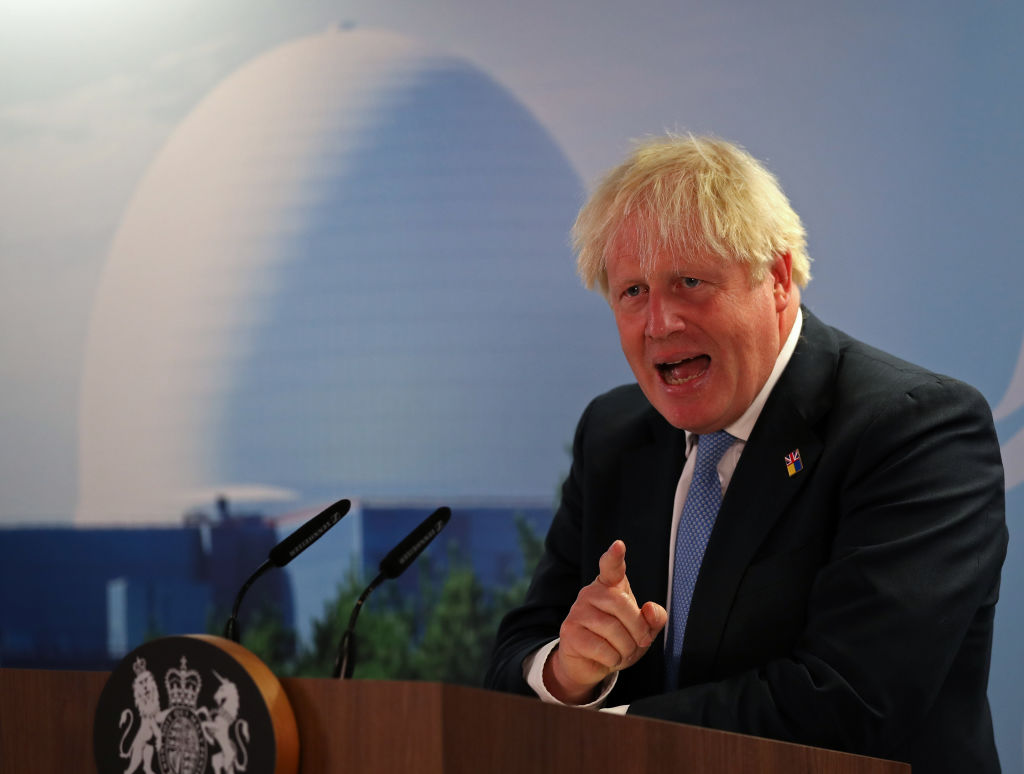 No nukes is bad nukes. But so is Net-Zero.

Yesterday Boris Johnson ceased to be the United Kingdom’s Prime Minister. A few days beforehand, in the dying days of his power, as the curtains swayed above the stage, about to descend and extinguish his premiership, the Old Pretender staged one last show of defiance and self-justification. And to the shock of the commentariat, it wasn’t the exercise in empty rhetoric and jokey bonhomie they were expecting.

Quite the contrary, Johnson announced an $800 million energy investment by the government in nuclear power; mildly rubbished the reintroduction of “fracking” for natural gas that his successor, Liz Truss, has promised; and strongly defended his “Deep Green” record of transitioning from fossil fuels to “renewables” like wind and sun in pursuit of the goal of Net-Zero carbon emissions by 2050.

It didn’t sound like the speech of a man who was bowing out of public life. More than that, Boris was defending the record of his premiership on the very energy and environmental issues on which he’s accused by many Tories of betraying his and their conservatism. He was painting his record red-white-and blue, running it up the mast, and betting that in the end they would salute it. 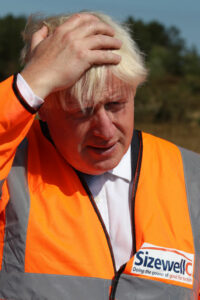 Why didn't I think of this before?

In other words he’s not given up all hope of returning to Downing Street. Maybe not today, maybe not until the Tories have suffered an election defeat under its new leadership in two years, but not too long after that when he calculates the Tories will have abandoned their recent but growing opposition to Net Zero austerity.

Consider the real meaning of his three main points above:

First,  some critics see his decision to invest $800 million in nuclear power and his praise of the Sizewell C nuclear plant as a renunciation of his “Green” switch to renewables. That’s not entirely true. Unlike the Greens or even Labour and European social democrats, the U.K. Tories have no ideological objection to nuclear power as such. It simply wasn’t a priority in the fight against global warming, and besides it was horrendously expensive. So it became the neglected child of their family of energy policies.

They did little or nothing about it until the combination of rising inflation, higher energy prices, and Putin’s invasion of Ukraine changed the cost calculations and made energy security a much more important element in the total policy blend. But since no other party had done much about nuclear power since the early 2000s, that let Boris off the hook. His embrace of nuclear power now means that he can add an extra strand to the U.K.’s energy mix and so reduce the risk of blackouts and rationing as it transitions to Net-Zero. Plus, hyping his commitment to nuclear power means he can’t be accused of being a fanatical Greenie. Altogether, a clever mix, but maybe too clever.

Second, Boris criticized “fracking” of natural gas that the new prime minister, Liz Truss, proposes to introduce. That’s a natural headline story in the Guardian where it can be translated as “New Tory PM attacked by old Tory PM.” But there’s less in it than meets the eye. According to the Daily Telegraph, Treasury officials, in expectation of the new PM, have already started work on a program of encouraging the production of oil and gas in Britain that will include lifting the ban on fracking.

Given the current world energy shortage, that policy is likely to go ahead—especially since one company has told the Treasury that it believes it can deliver “fracked” gas to the market as early as next year. Until now, however, fracking has been unpopular in the areas where companies were proposing to do it. Environmentalist groups are strongly opposed to it. Long term, it’s not a political certainty. 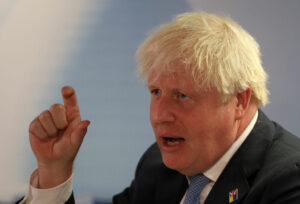 Farewell but not goodbye?

So Boris (who has been on both sides of this issue) criticized it in a very tentative way: ““If we could frack effectively and cheaply in this country, that would be possibly a very beneficial thing. I’m just, I have to say, slightly dubious that it will prove to be a panacea.” This statement is almost a definition of hedging your bets. In three year’s time, he can jump either way on fracking. If fracking seems to work, he says: “All I said was that it isn’t a panacea.” (And it isn’t, by the way, since a panacea is cure-all.) If it fails, he’ll shake his head and say: “Well, I always had my doubts.”

Tell everybody who thinks hydrocarbons are the only answer and we should get fracking and all that: offshore wind is now the cheapest form of electricity in this country… Of course it’s entirely clean and green.

That’s the moment when Boris threw aside caution and declared that his embrace of Net-Zero policies to defeat global warming will prove to be correct. Politically speaking, it may be a fair bet. The political and cultural establishments will welcome it and congratulate themselves on bringing the populist to heel.

But what will be the effect of his approach in the real world? Wind and sun are cheap forms of energy if you ignore the costs of investing in technologies that capture them and if you dismiss the costs of building the stand-by power stations they require when the wind fails and sun doesn’t shine. And if you do that, then you will produce blackouts and create a need for rationing.

Boris’s speech was sharply criticized by the man who resigned from his government last December because of its “direction of travel” (i.e., stationary) and who is now rumored to be a candidate for Liz Truss’s Cabinet in charge of deregulating the over-regulated U.K. economy: (Lord) David Frost. In his weekly Telegraph column, Frost made the point that Boris’s approach (and indeed, Boris’s personality) are rooted in an avoidance of dealing in advance with the inevitable trade-offs that good policy-making needs. Boris even gave a name to this approach: cakeism, when he said during the Brexit negotiations: “My policy is to have my cake and eat it." And though written before Boris spoke, Frost’s article reads like a reply to it:

For example, on energy, the underlying problem is not Vladimir Putin (though he’s made it worse) but poor policy giving us a grid that can’t reliably supply enough power when the wind doesn’t blow or the sun shine, leaving us exposed to very high spot prices for gas and the kindness of (semi-)friends for power through the interconnectors. The basic trade-off is that if we want more renewables, we will have a more unreliable and expensive grid, and probably rationing; if we want security of supply, we need more, and more modern, gas power stations and probably some coal ones, but this will affect the path to net zero. It won’t do to say we can have both – that net zero remains the goal but there will be no rationing.

Boris's curtain speech shows he has grown a little more prudent--but only a little. Today, he declares he will eat his cake now and hope to still have it in three years. But if he returns to Downing Street on that manifesto, he'll soon be eating his cake in the cold and the dark.