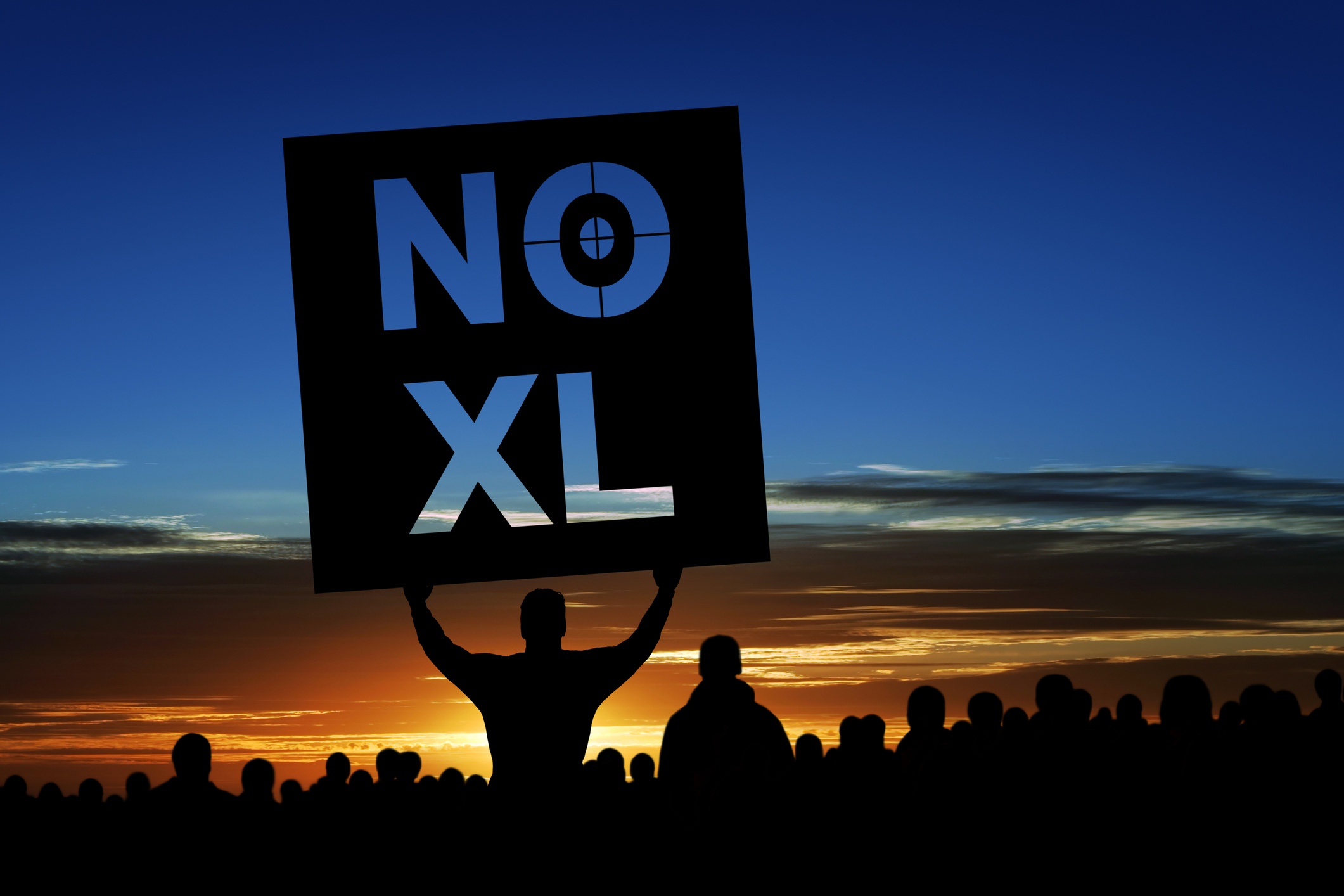 The Three Stooges of "climate change" are coming for you.

In an effort to redirect Americans' frustration about the price of gasoline and consumer prices that have hit a four-decade high, President Biden Wednesday sent a letter to seven oil refiners calling on them to produce more gasoline and diesel. It was an attempt by the administration to blame refiners for the economic conditions his energy policy has created. While absurd to suggest that refiners wouldn’t have already thought to increase production, the letter was more a publicity stunt than an earnest attempt to repair the damage his administration's policies have created.

President Biden began his effort to dismantle the oil and gas sector on his very first day in office with the now infamous cancellation of the XL pipeline, even though construction was already underway. By so doing, he single-handedly reduced future oil and gas supply. Had the pipeline been completed, it would have had the capacity to move nearly 830,000 barrels per day to refiners. That decision, so smugly made and celebrated by the administration back in January, 2021 was demonstrative of the cynical energy policy for which the American people are now paying.

So dedicated was the administration back then, to ushering America into the still-undefined "transition to a net-zero [carbon] future," that they neglected to have anyone on their team who had even a modicum of actual oil and gas experience. After all, if one is going to dismantle one system and construct a replacement, one needs the requisite understanding of how the first system functions in order to successfully design its replacement. The administration forgot to give a damn.

Understanding America’s energy sector, and its connection to the broader economy is essential for any administration's success, let alone an administration that exhibits so much hostility toward the oil and gas sector, and by extension toward the American people. Understanding the sector would have informed the leadership that following the environmental policy initiatives of old, white European Socialist bureaucrats was not going to work in America. America’s global dominance has been made possible because of the fossil fuel industry, not in spite of it.

By examining the team that President Biden chose to lead his 'energy transition' and related regulatory initiatives, the seemingly failed strategy begins to look quite different. Far from higher prices and inflation being proof of a failed energy policy, as many on Capitol Hill suggest, it turns out… this is the policy. The market reality with which Americans are living is precisely what the administration intended when President Biden entered office. He repeatedly and infamously described his intentions, promising he would “end” the oil and gas industry.

So fervent is the administration’s belief in the transition to a net zero future, one might mistake it for religious fanaticism. They have been willing to harm the economy and the economic lives of millions of Americans. Though gob-stopping in its darkness, this is the world they envision. This is what they intended all along.

Who are these people? Instead of being confused and frustrated, a review of the crew steering this ship actually brings clarity and understanding:

Jennifer Granholm, U.S. Energy Secretary
While presenting via video feed in May 2021 at the Williston Basin Petroleum Conference, only months after joining the administration, attendees were aghast at her stunning lack of knowledge about the sector she had been tasked to lead. A graduate of Harvard Law School, she had been the Attorney General of Michigan, and then governor until 2011, with a quick stint as a member of Barrack Obama’s transition team in 2009; she was unsurprisingly ill-suited for an industry-focused position. Between the cancellation of the XL pipeline 90 days prior to her speech, her incorrect use of industry vernacular and her disingenuous assurances that she was on a shared journey with the industry she would be working to dismantle, the audience was left deeply dissatisfied.

When asked Wednesday at what point do gas prices become unsustainable?" Granholm responded, "Yeah, I think the prices are unsustainable… there's not a quick fix. However, your point about also accelerating our progress toward clean energy is very, very important." 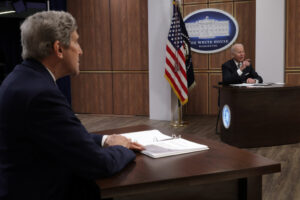 Lurching toward renewables with John Kerry.

John Kerry, Special Presidential Envoy for Climate
Perhaps best-known for his service in Vietnam, Kerry was also in the U.S. Senate for many years before serving as secretary of state under Barack Obama. Since then he has been jet-setting (via fossil-fuel powered jets) to Davos and other destinations in Europe speaking about the threat of fossil fuel to the planet.

Speaking at an event hosted by the University of Southern California's Center of Public Diplomacy last Friday, Kerry said that energy security concerns are  driving complaints that the U.S. needs to perform more domestic drilling and return to coal. Annoyed, he said that the U.S. "absolutely" does not need to drill for more oil and gas amid inflation and record-high gas prices.

Gina McCarthy, National Climate Advisor
Rounding off the energy triad is a former Obama-era EPA administrator.  Her role in the Biden administration was seen as a domestic counterpart to John Kerry's job on the international front. According to reports,  McCarthy was described as the chief architect of Obama's climate regulations, overseeing the drafting and passage of limits on what she referred to as, "planet-heating pollution" from power plants, vehicles and fossil fuel producers. Following a stint as a professor at Harvard University, she became the president and chief executive of the Natural Resources Defense Council. She recently defended censorship of news sites that deny "climate change" or other accepted orthodox pieties of the Left:

We have to get tighter, we have to get better at communicating, and frankly, the tech companies have to stop allowing specific individuals over and over again to spread disinformation. That’s what the fossil fuel companies pay for.

Like characters from a Mission Impossible movie, Biden’s energy sector leaders are true villains. They are dedicated to the destruction of the U.S. energy sector and wish for a lower quality of life for us that they themselves have no intention of living. The question before the country now is simple: are we going to let them do it?