The direction of the future can never be predicted or plotted with certainty; as the saying goes, man plans and God laughs. The turmoil that characterizes political affairs at the present time is a practical illustration of this proverbial truth. The array of contending variables on the contemporary national stage seems a veritable rat’s nest of identity crises and transition paradigms: civil disintegration, conservative revivalism, populist uprisings, autocratic leadership, and Globalist systematization. Which of these factors will prevail is an open question—a question which can be reformulated in terms of the distinction, lately widely discussed, between core countries and cleft countries.

A core country enjoys a stable central government, strong institutions, and a reasonable sense of unity, bound by ties of custom, economy, and heritage that allow for relative cultural harmony and political accord. One thinks of Japan. A cleft country, by contrast, is defined as a nation with cultural groupings sufficiently large and separate from one another in origin, faith, language and/or political convictions as to create profound or insoluble tensions. One thinks of worst-case scenarios like India or Yugoslavia splitting into territorial belligerents, or currently of Ukraine. Ivan Katchanovski’s Cleft Countries, written mainly for regional specialists, treats of the concept with specific reference to Ukraine and Moldova.

Samuel Huntington’s The Clash of Civilizations and the Remaking of World Order deals with the subject on a larger, if controversial scale. According to Huntington, cultural tensions inevitably arise in “cleft countries… when a majority group belonging to one civilization attempts to define the state as its political instrument and to make its language, religion, and symbols those of the state.” The Clash of Civilizations proposed that a new kind of conflict, one centred on cultural identity, would become the focal point in the field of international relations. At the same time, cultural disparities and politically charged loyalties can and have become the focus of high-stress domestic relations as well. 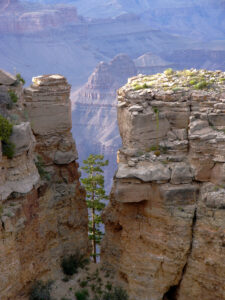 The phenomenon is treated from a somewhat different scholarly perspective in Immanuel Wallerstein’s compendious World-Systems Analysis. (See also his premonitory 2003 The Decline of American Power.) Writing from a Leftist orientation, Wallerstein provides a detailed if somewhat clotted overview of the complex mechanics of what is now called "globalization" spread across diverse fields of knowledge and practice, including professional disciplines, economic arrangements, “race, sexuality, geopolitical structures and relatively open frontiers.”

Referring to the “spirit of Davos,” Wallerstein maps and effectively endorses the globalist-inspired replacement of the nation-state in a vast, interlocking system encompassing a new kind of social and political reality. But his account of the fraught maneuverings in the international realm as it “reconfigures the world economy”—or, in the words of a WEF panelist, “recalibrates” the structures of governance, trade, finance and permitted discourse—may also be applied to the intrinsic sphere of the nation-state. As Wallerstein writes, “The moral constraints traditionally enforced both by states and by religious institutions are finding their efficacity considerably diminished.”

The concept of the “state-nation,” as opposed to the “nation-state,” has also gained some traction of late. In Crafting State Nations, Alfred Stepan et al. isolate a class of political entities characterized by “geographically concentrated ethnocommunal differences.” The attempt to weld these diverse identities into a single national unit or structure leads ultimately to internal political conflict. State-nations are volatile and subject to dissolution, in part like Huntington’s cleft countries and Wallerstein’s frail nation-states whirled asunder by the centrifugal forces of globalization. Admittedly, the difference between these state entities may appear to be more a question of terminology than of substance, although the issue here entails the forcible amalgamation of unassimilable groups and sectors. State nations are historical tinderboxes.

The situation is complicated by the rise of populist movements, such as the trucker convoys in Canada, the U.S. and other countries, which oppose both the surge of sectarian divisions and civil decay within the state as well as the drift toward globalist consolidation under the rubrics of the W.H.O., the U.N.’s Agenda 2030 and the Great Reset. Such patriot movements are intent on the restoration of cultural unity and national coherence rooted in scripture, common law, the constitutional tradition, the family and local government. The effort to build Galt-like parallel societies and “earthship” communities appeals to a growing number of people with pastoral sympathies, but remains a fringe development. Parallel digital networks and crypto currencies may contribute to the strengthening or rehabilitation of conservative traditions and institutions. At the end of the day, populist movements of a national stripe represent the only significant alternative to the breakup of civil society and the offloading of national responsibility to international organizations and agencies. 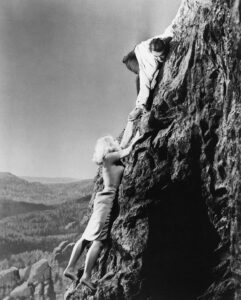 This argument is brilliantly expounded by Yoram Hazony in Conservatism: A Rediscovery, which defends “economic liberties and other kinds of individual rights and freedoms,” in short, “the traditional pillars and cornerstones of Anglo-American civilization.” Hazony is aware of Huntington’s thesis—who isn’t?—and understands the fissiparous threat of violent disintegration posed by cleft countries, which can only be countered, he believes, by a “freedom-loving religious nationalism.” He would vigorously protest the dissipation of the nation state à la Wallerstein to non-local centers of power. “Reassigning the powers of government to international bodies,” he sagely asserts, “inevitably tend[s] toward arbitrariness and autocracy” rather than “protect[ing] the particularity of the nation and its traditions.”

In the light of these considerations, I am particularly concerned with developments in my own country, which, to quote Michael Walsh, “is now completing its post-Covid descent into a fascist tyranny.” Canada is no longer the proximately coherent nation it once was, despite its origin in two founding peoples and occasional secessionist rancor. Prime Minister Justin Trudeau may have been correct when he claimed that Canada has “no core identity,” that it is a “post-national state” (to which he is accessory), which is to say that it is no longer even recognizably intelligible as an integral country, ruined by failed leadership like Trudeau’s own, digital surveillance of citizens, cowcatcher immigration policies, class divisions, ruinous economic policies, tensions between eastern and western provinces, and competing cultural, tribal and political internal groups. It has become a textbook cleft country, provoked and embittered by the sidelining of the Constitution and a derecho of draconian measures, such as vaccine mandates, travel restrictions, information censorship, punitive carbon taxes and the like.

Obviously, with only few exceptions major nations with large populations are almost inevitably to some extent cleft, divided by hierarchical levels of political and economic structures. The danger is that social and cultural fissures—“fault lines” in Huntington’s terms—are always in danger of widening. When the “core,” the common set of beliefs and customs, begins to dissolve, the constituent groups that make up the nation’s census, regardless of power differentials, then become not partners in a common project but antagonists in a culture war no one can win—except, perhaps, the cleftocrats. 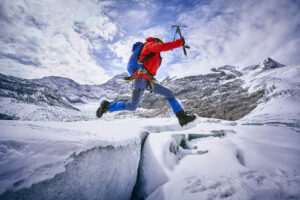 Hurtling toward the abyss?

As former Canadian provincial premier Brian Peckford said in a speech delivered on the steps of the British Columbia Legislature, “A system that sees our society being run by the four horsemen—big government, big press, big pharma and big tech,” will inexorably destabilize the cohesive nation-state and render the individual vulnerable to a cabal of international unelected bureaucrats and conscienceless power-brokers. The concept of individual autonomy in functioning democracies is plainly under siege. “Unless we take matters in our own hands and move forward with new paradigms,” he avers, and pursue the struggle against “the brutal reality of a failed existing system,” it will be game, set, match. Peckford is right, of course, but so is Huntington.

“The nations of the West are hurtling toward the abyss,” Hazony warns. Democratic institutions are increasingly at risk and the bonds of social unity in nation after nation are fraying. The dilemma for many of us is that we are living in uncharted territory without a compass to provide direction. Here be dragons. A great decoupling of the historical tenses seems underway as past, present and future have begun to feel disconnected and temporally unrelated, unamenable to reflective extrapolation for guidance and understanding. History does not always repeat itself. As founder and president of the Brownstone Institute Jeffrey Tucker writes of our cultural moment, “it is hard to find historical examples.” Something unprecedented seems to be emerging.

The fact is, we are living in a cleft world. May God help us.