What are we to make of an article by William Hague, a former U.K. Foreign Secretary from 2010 to 2014, that predicts Britain’s armed forces may one day be sent into action abroad to safeguard the natural environment from such predators as oil companies and loggers? Quoted by the Daily Mail from an article in the journal Environmental Affairs, Lord Hague writes:

In the past the UK has been willing to use armies to secure and extract fossil fuels. But in the future, armies will be sent to ensure oil is not drilled and to protect natural environments.

That prediction is startling from several standpoints. To begin with, it could be read as confirming a frequent left-wing allegation—hitherto hotly denied by the British and other Western governments—that in the two Gulf Wars the West intervened not to prevent Iraqi aggression or to stabilize the Middle East but to get its hands on Arab oil. I don’t think that’s true, as a matter of fact, but if it is, it’s a big admission and a big news story. And it was merely the first of several startling predictions.

The Mail’s succinct report was a paraphrase of a 6000-word article, “The Great Convergence,” by the former foreign secretary in a new journal, Environmental Affairs, in London. I don’t suppose Mr. Hague thinks the paper’s summary did any favors to his long and detailed argument which seeks to show how Britain (and by extension the West) should bring about a convergence between its policies on climate, foreign affairs, and towards China to ensure their all-round success.

He may be wrong about the Mail, as I shall argue below, but there’s little doubt that Hague’s article kicks off a serious attempt by the U.K. and international establishments to explain how their policy of Net-Zero carbon emissions by 2050 fits comfortably, even necessarily, into their other principal foreign policies like a missing jigsaw piece.

The signs of a political influence operation are all there. Policy Exchange is one of three influential conservative think tanks close to the government. Environmental Affairs is an impressive new venture. Its contributors include leading figures from the global climate change establishment and the U.S. foreign policy establishment, notably General David Petraeus. And its first publication arrives at just the point when governments are suddenly nervous of two fundamental political problems with Net-Zero:

For already there are growing symptoms of domestic and international resistance to Net-Zero—as Hague himself points out. His “Great Convergence,” rather like the World Economic Forum’s “Great Reset,” is a rhetorical device to shore it up by combining it with policies supported by other influential constituencies such as the defense establishment and China hawks. Hague’s opening gambit therefore is to establish that climate change is a threat not only to the prosperity of nations but also to their national security and thus to global security as a whole.

That’s a theme increasingly heard from Western governments—and I’ve expressed skepticism about it before. But the former Foreign Secretary said it first in 2010, and he thinks his forecast has been borne out by events:

In Iraq, farmers were driven to join ISIS once opportunities to provide for their families dried up along with local water sources. In Somalia, jihadists have cut off water supplies to punish areas of the country outside of their control. And in Syria, social unrest, exacerbated by droughts driving Syrian farmers into cities, spilled over into civil war just a few short months after my remarks, leaving hundreds of thousands dead and millions scattered across the world.

But the problem with these examples is that they are the effects of civil war, terrorism, and oppressive government rather than of "climate change." It’s possible that climate change may have played a part in making them worse—as the Russian winter complicated Napoleon’s invasion of Russia—but it would never have caused them in the absence of war, terrorism, and oppression. Most of Syria’s neighbors, after all, have helped refugees rather than persecuting and robbing them. And there are far easier and less dangerous ways of adapting to small rises in temperature than press-ganging your neighbors or ethnically cleansing them. 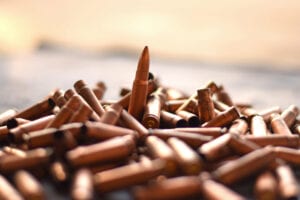 One way to stop climate change.

Not that Hague, a prudent statesman aiming at pacific solutions, is anxious to send in gunboats. His main stress is on diplomacy and trade which he would send in ahead of the troops:

[A]s climate change climbs the hierarchy of important political issues, it will be increasingly difficult to square our climate change policy with agreeing to a free trade deal with a country that clears a football pitch-sized area of the Amazon rainforest every minute.

He's talking here about Brazil, but he could equally be talking about China and coal-powered stations, or Saudi Arabia and oil, or Russia and pipelines. So let’s not underestimate the boldness of Hague’s statement here. It overturns something very important.

Free trade is a central element in the kind of liberal conservatism that Hague, Cameron, and Boris all represent—and that global economic institutions have upheld in practice since the end of the Cold War. It’s how they believe mankind makes progress—by developing and trading new ideas and products in peaceful competition between nations. Hague’s willingness to subordinate that method of human progress to the stern sacrifices of Net-Zero shows the extent to which climate policy has become an dogma overriding all other considerations in Western policy. It’s now an unquestionable article of faith.

Yet if we are to base military, diplomatic, and even trade policy on the economic and security consequences of climate change, shouldn’t we also take into account the consequences of the policy of combatting climate change? Governments candidly admit that Net-Zero is likely to impose heavy costs on the economy and to require seriously unwelcome life-style changes from their populations.

But it seems shortsighted and rash to ignore the likelihood that these consequences would create tensions--tensions at least as serious as those Hague predicts from climate change—between different social, ethnic, and religious groups within countries. And that goes double for international tensions between countries. 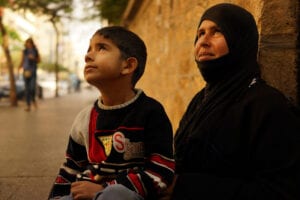 After all, the potential international conflicts that Net-Zero seems likely to foster include: angry demands from the developing world for decarbonization subsidies from the West; broken Net-Zero promises from a China surging ahead on cheap, reliable fossil fuels; and attempts by a declining West to compel the rest of the world to implement Net-Zero targets—attempts that fail and prompt airy talk of intervention.

Hence the value of popular journalism—seen here in the Daily Mail’s selective compression of Hague’s 6000 words into one simple conclusion: “In the future, armies will be sent to ensure oil is not drilled and to protect natural environments.” It brings us hard up against reality.

Under whose authority would these troops be sent abroad? Obviously, Hague was not proposing a Western coalition of the willing to halt Brazilian logging or shut down Bahrain. That would be too much like a re-run of the Iraq War for comfort’s sake. There would have to be a U.N. force of some kind under the authority of the Security Council. Consider, then, the following three points:

Indeed, only last month a Security Council debate on whether climate change should be treated as a threat to international security revealed (not surprisingly) that there was support from India and other energy-rich and energy-hungry countries for Chinese-Russian skepticism on the point. Only a very small country is at risk of being invaded by British or other Western troops for crimes against the climate.

Lord Hague makes a fair point when he says about climate policy that Britain "cannot get away with talking the talk without walking the walk" indefinitely. Since we can’t walk the walk in reality, however, maybe we should be a little more careful about talking the talk.