Since the Biden regime is busy reviving every bad idea from the late 1970s such as stagflation, the energy crisis, price controls, and weak foreign policy, it was inevitable that one of the worst ideas from that era is also trying to make a comeback: nationalizing “big oil.”

Back in the 1970s the proposal to nationalize the oil industry found support from some otherwise sober-minded figures such as Sen. Henry “Scoop” Jackson, while today the idea is being flogged mostly by predictably radical figures such as Bernie Sanders and Elizabeth Warren, and deep green climate alarmists, such as William S. Becker. But with President Joe Biden, surrounded in the White House by true believers in the climate mania, menacing the oil industry with demagogic charges of “profiteering,” it is not hard to see the idea gaining traction with the progressive left desperate to avoid electoral disaster in November. 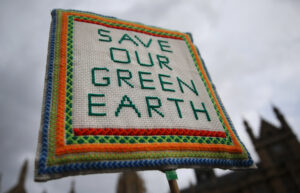 And help us freeze to death.

Back in the 1970s, the premise behind nationalizing “big oil” was that the federal government could manage oil production better than private industry in the interest of consumers by stopping “profiteering” and smoothing out production epicycles. The proposal never got very far for the simple reason that most Americans didn’t think the same people who run the Post Office monopoly would be competent at running the oil industry. The record of foreign nations that have government-owned and run oil industries is pathetic. Consider for example the 75 percent decline of Venezuela’s oil production since Hugo Chavez expropriated private and foreign oil companies. The steady decline in production of Mexico’s ample oil reserves under Pemex finally prompted Mexico to open its oil industry to foreign private companies.

It is an unappreciated fact that over 90 percent of the world’s oil reserves are government-owned, rather than privately owned, and this contributes to instability in the long-wave oil price cycles. It is not the oil majors that manipulate oil for political reasons; it is governments. The world and the oil market would be better off if it privatized oil resources.

The argument today is quite different. Writing in The Hill, Becker deserves credit for being explicit: his purpose is nationalizing oil companies is to put them out of business: nationalizing the oil industry “would allow the government to manage the industry’s drawdown, a process the private sector is ignoring... The federal government typically nationalizes companies to save them. In this case, it must nationalize Big Oil to save us all from a future we don’t want.” Translation: the oil industry isn’t committing suicide fast enough to suit the environmental fundamentalists. 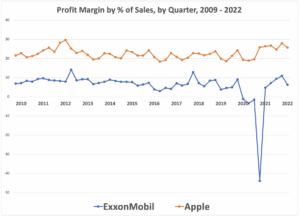 To be sure, the major oil companies invited some of this with their ill-considered pledges to be “carbon-neutral” by 2050, no doubt thinking that the latest climate policy euphemism for “we don’t really mean it”—“net-zero emissions”—leaves plenty of wiggle room for creative emissions accounting. Rather than thinking they could appease the climate campaign with these virtue signals, they’d be better off straightforwardly defending their industry in the manner of Chris Wright, CEO of Liberty Oilfield Services. Wright argues: “If you look at the bigger picture, our industry causes a dime of damage to the world and a dollar of benefit. The benefits versus the costs are enormously larger.” Or the oil industry could simply cite all of the official international government forecasts that conclude that the planet will still depend substantially on oil, natural gas, and coal in 2050.

The plight of Europe since the outbreak of the Ukraine War shows the folly of suppressing our own oil and gas sector and making ourselves wholly dependent again on foreign suppliers to fill the gap when “green” energy inevitably falls short of its extravagant (and extravagantly expensive) promises. Europe is already looking for face-saving ways to back away from its sanctions against Russian oil and gas while cranking up coal power, the most hated energy source. Germany faces a non-trivial possibility of running out of natural gas next winter. Meanwhile President Biden is groveling cap-in-hand before the oil sheiks of the Middle East, who may be no more inclined than Putin to help out the person who the day before, in the case of Saudi Arabia, labeled them human rights monsters. It doesn’t take much imagination to realize how much worse off the U.S. would be if we forcibly shut down our own oil companies. 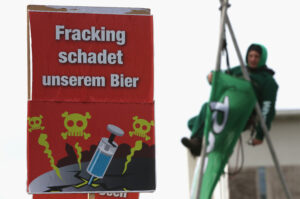 "Fracking Damages Our Beer." OK, then!

To the contrary of claims that the oil industry is reaping “obscene” profits, we should entertain the proposition that the industry needs much bigger profits. It is tedious, but necessary for the slow learners on the left, to repeat some elementary facts about the oil industry. Its profit margin is close to the average for all manufacturing companies (and less than half the profit margin for tech companies like Apple), and often sees its profit margin collapse in the regular epicycles of global oil prices. Given that the Biden Administration and woke Wall Street have been constricting the oil industry’s access to capital, the industry is more reliant than ever on generating internal capital—not only for continued exploration and production, but for the investment necessary to develop new technologies that actually mitigates emissions, such as carbon sequestration or carbon air capture.

The oil majors, especially ExxonMobil and Chevron, did push back politely against Biden’s oil demagoguery. Chevron was the most candid: “Unfortunately, what we have seen since January 2021 are policies that send a message that the Administration aims to impose obstacles to our industry delivering energy resources the world needs.” If they really want to make progressive heads explode, they should follow up with the argument that they need larger profits.