A fundamental need in a capitalist society is the certainty that if you follow the rules and win approval for a very expensive project designed to meet demonstrated needs, you are entitled to carry through with it. His first day in office  President Biden signed an executive order revoking the Keystone XL pipeline permit. This act inserts an extraordinary, banana-republic monkey wrench in the need for procedural certainty. No one will invest the sort of money and effort into needed projects if on no more than a whim to assuage the most extreme of his supporters the president can cancel the permit.

So it is no surprise that there is now substantial litigation to  declare the order unconstitutional and unlawful and prevent any enforcement of the permit revocation. Add to those cases, a new twist: Keystone owner TC Energy  is taking the matter before NAFTA arbitration panel. It takes a bit of explanation to understand the different kinds of litigation strategies but no explanation to understand how important it is to protect investments -- domestic and cross border. 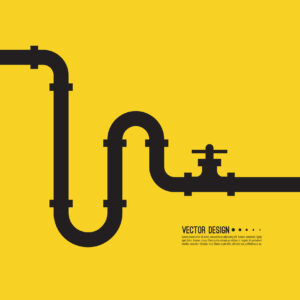 TC Energy invested $9 billion in a pipeline designed to carry 830,000 barrels of crude oil from Canada and Montana to the U.S. Gulf Coast refineries. The same crude can, of course, be transported on trains, trucks and ships , but that will require greater use of carbon energy and entail higher risk of spills. The pipeline will also provide thousands of jobs.

Doubtless this energy trade-off, the employment opportunities (five of the six counties in Montana through which the pipeline would pass have been designated as high-poverty areas) and the need for the end product formed a significant part of the basis for issuing the permit to build the pipeline. The permitting process  took years, money and effort. Among other things the proposed project had to pass a number of environmental reviews before the  U.S. State Department in 2017 issued a presidential permit for the pipeline to proceed.

On his first day in office, Biden issued an executive order (Executive Order 13990) revoking the permit. The company was not afforded a hearing before the revocation nor any opportunity to present its case. This is in contrast to the proceedings before the permit was issued when the State Department, solicited and received comments from “members of the public, various federal and state agencies and various Indian tribes” and weighed the impact of the pipeline  on the environment and anything covered by the  Endangered Species Act.

At last look 23 states are suing the administration  in litigation initiated by Montana and Texas. The suit seeks to have those portions of the E.O. revoking the permit declared unconstitutional and  relief preventing any action to enforce the permit’s revocation. More recently, Keystone owner TC Energy filed a Notice of Intent to take legal action against the government, indicating the revocation of the permit constituted a “breach of the United States’ free-trade obligations and is seeking $15 billion in damages.

As the Wall Street Journal explains:

The U.S. has never lost before a NAFTA arbitration panel. But TC Energy (formerly TransCanada) has a good case. To prevail, TC Energy will have to show that it had good reason in March 2020 to believe that its $9 billion investment was protected by the U.S. permit when it announced that it would “proceed with construction.” In other words, that it had a logical expectation it would be allowed to complete the pipeline and operate it. After years of environmental and other reviews, that was a reasonable conclusion. Mr. Biden’s reversal on his first day in office was also irregular. Normally a company would have a chance to make its case, and the Administration would engage in a review. But Mr. Biden wanted theater for the environmental lobby, which trumped respect for an investor’s right to be treated fairly.

What makes this case so interesting is that it I believe it is the first one to work around the decision by former U.S. Trade Representative Robert Lighthizer. Lighthizer considered the NAFTA investor-state dispute mechanism a subsidy for American firms investing abroad and he killed this mechanism in the United States  Mexico Canada Agreement (USMCA). Fortunately for TC, the USMCA has a “legacy” investment provision and that’s what the company is banking on in this litigation. Under that provision investments that predate the entry into force of the USMCA “remain subject to NAFTA for three years.” President Trump signed the USMCA into law on January 29, 2020 and it took effect of July 1, 2020, so the case seems to fall squarely within the time limit in which to invoke legacy claim under the new USMCA. 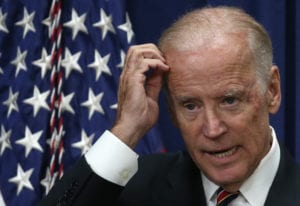 Despite TC’s good chance to prevail, the NAFTA arbitration feature should be returned in full force beyond three years in an amendment to the USMCA . If not,  we are likely to see more cases of expropriation of  developers’ property rights in those cases without redress, upon the whims of whomever sits in the Oval Office, with very unpleasant investment and international consequences.