Thus spake the great George Washington Plunkitt, of Tammany Hall fame, and it makes a fitting epitaph for the noble experiment in self-government that is, or was, the United States of America. Last week, we discussed the now-explicit anti-constitutionalism and anti-Americanism of the modern Left, and their desire to see it on the ash heap of history, now that it's served its purpose (like John Hurt in Alien) as their incubator and victim. From at least the time of Woodrow Wilson, the Democrats have despised the Constitution—which they think let them down in the battle over slavery—and have sought to kill it by the death of a thousand cuts, some of which have been delivered by the Supreme Court, some by legislation, and some by sheer inanition.

It's time now to begin going into detail about what can be done and what can't. The good news is, there are solutions, or rather, one simple one. The bad news is, it will never be implemented, because the century-long browbeating of the American public via the political establishment and their handmaidens in the news media makes that effectively impossible. 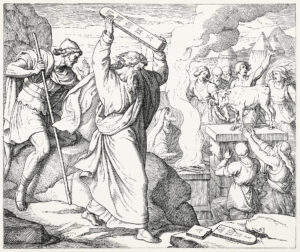 The hell with it.

Free speech, the cornerstone of our Republic, dies in several ways, most obviously by suppression and prohibition. We might term this the punch-in-the-face, "shut up, he explained" approach much beloved by national-socialist fascists and totalitarians everywhere. Aping the unfortunate literary example of most of the Ten Commandments, leftist rules for radicals are filled with thou-shalt-nots, which delight those who instinctively believe that humans are intrinsically guilty and must be punished, even for sins they haven't committed yet. It's not a big leap from "thou shalt not covet they neighbor's ass"—don't blame me, blame the King James Bible—to the clank of prison bars and the eternal solitude of the oubliette. In a proscriptive community, just one look is all it takes.

But it also dies from self-strangulation, which is currently the preferred murder weapon. Having just emerged from Facebook prison for the second time in less than three months (a month in stir for each "offense against community standards," i.e. thou shalt not speak ill of the Chinese or the Ukrainians), and having been permanently anathematized by Twitter for (I believe but cannot prove, since they won't tell me) publicly correcting the mistakes of a certain "presidential historian," which act of lèse-majesté the reigning robots of Tweetville deemed "targeted harassment," I am bloodied but unbowed.

Social media has proven itself a very great evil, and in the coming kingdom needs to be atomized and resurrected as a genuine free-speech platform, not an implement of government and "community" censorship hiding behind the increasingly slipping mask of private enterprise.

This is in contradistinction to the U.S. Constitution, and in particular the Bill of Rights, derided by leftists such as Barack Obama as "a charter of negative liberties" in that it tells the authorities what they may not do, not what you the citizen may not do, but which in reality is the sole guarantor of personal freedom left in these crumbling United States, which almost certainly will not last out this century and is unlikely to make it to its 300th birthday intact. But then, the Left has never really been interested in freedom—intellectual, spiritual, or personal—when it can enforce conformity via the trigger fingers of all of the non-constitutional agencies with which it has supplanted the Declaration of Independence. License, especially the sexually exotic, is what they mean when they say "freedom," and if you don't like it you're a bigot who deserves to be cancelled or charged. 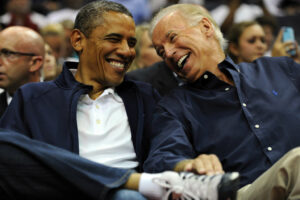 The joke's on them, Barry.

That said, it's becoming increasingly likely that the Left won't be crushed at the polls this November. That the Burden of Brandon may not, in fact, bring the houses of Congress tumbling down around Nancy Pelosi's and Chuck Schumer's ears. At the highest levels, nobody cares who's "President." One guy named Joe signing the bills is as good as another, especially given the fact that the nomenklatura runs the national-security state today, just as it did in the old Soviet Union. A nebbishy nonentity, such as Mr. Thompson in Atlas Shrugged, is just what the moment calls for, to occlude the ugly face of fascism beneath.

Neither side wants to upset the worm-ridden applecart. Resuscitate a dead nuclear deal with Iran without Senate approval? "Forgive" student loans for gender-studies unemployables at taxpayer expense, without bothering to get the House to originate the spending bill? No problem! What part of "our democracy" don't you understand?

It's like the relationship between the CIA and the KGB during the Cold War. Both teams loved the status quo and neither wanted things to change, ever. The fall of the Berlin Wall in 1989, at which I had a ringside seat, caught them both completely by surprise. But in the cozy modus vivendi of the current Washington racket, an accommodation has long since been reached between "progressivism" (always good) and "conservatism" (always bad) by which things will gradually but inexorably shift leftward until the Last Trump, when the charade collapses under its own weight and we have finally reached the New Jerusalem: one zillion consecutive life terms in Hell.

Freedom ain't what it used to be, and coveting your neighbor's ass has a vastly different meaning nowadays. Much of the population of the territorial United States now hails directly or indirectly from countries and regions that have neither a connection to nor an affinity for 18th-century British or American political institutions and philosophy. Perhaps the worst moment of the wretched George W. Bush presidency came with these spectacularly ill-chosen words in his second inaugural address: 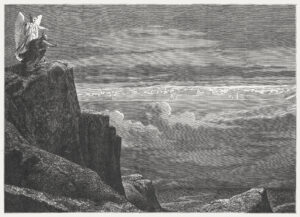 Revelation 21: it's down there somewhere.

At that, any self-respecting Roman would have laughed out loud and ordered the Tenth Legion into action. (You want to see a country that has never, ever, once fought for freedom? Try China.) Even with "their democracy" crashing around Roman heads during the civil wars between 83 and 44 B.C., it had already lasted half a millennium, and in form if not in substance would last another half-millennium in the west. "A heart for the weak" was the surest way to find your head sitting atop a pike in Parthia or nailed to a tree in the Teutoburg Forest by German barbarians. Nobody ever said gratias vobis ago to the Roman legions bringing civilization to Gaul or Germania at the point of a gladius.

Which brings us back to the Constitution, now as shredded and torn and lying on the floor of the Senate like Caesar on the Ides of March. The easiest and most direct way to restore our American Republic (not "our democracy") is to restore the Constitution in all of its salient particulars, including the restoration of the Ninth and Tenth amendments, a return to the notion of limited central government, the reduction of the Supreme Court to its (very constrained) core powers and duties, and the rollback of the National Security State that began with the American surrender after 9/11. We'll be looking at the details of our Restoration in the coming weeks, what political price we might have to pay to effect it, and whether at this point it's even worth trying.

What's in our future? Civil War? Partition? Amicable divorce? In the meantime, let me leave you with this, from my debut novel, the controversial Exchange Alley, written after my return from Moscow in 1991 and published in 1997 but set in the period just before the end of the Soviet Union.

There is an unmistakable odor about socialist countries that pervades every public place. It is a strong animal smell, composed in equal parts of sweat and unwashed clothes, Russian cigarettes, cheap perfume, piss, disinfectant, and leaded gasoline; in the heyday of Communism, every socialist country smelled the same. But in the mother church of Marxism-Leninism, the reek was stronger, sharper, more pervasive. It was the ur-stench of the Soviet system, the stink of a dying animal and with each passing year it got stronger and more difficult for foreigners, even fellow travelers in the west, to ignore.

Smell that here at home now? I thought you might.