Here in rural New England, at the eastern base of the Taconics and the Berkshires, with New York State just over the hills and Boston a long 150 miles away, we have a saying about the seasons. There are basically two of them: winter and the Fourth of July, which is today. (Some also subdivide them into snow, mud, bugs, and leaf.) Independence Day used to be a day of fireworks, family, flags, and fun, but in Joe Biden's America it might just as well be a time of war and pestilence, of sackcloth and ashes.

These days, the Fourth is the holiday that dare not speak its name, thanks in part to the wholly inimical and widely debunked "1619 project," brought to you by Pravda and edited by the victim brigade of Nikole Hannah-Jones, Caitlin Roper, Ilena Silverman and Jake Silverstein. It's a "reframing" of the American story in mockery of our political origins, in defiance of actual history, and with the expressed purpose of sabotaging (via its introduction into government-school curriculums) our sense of national identity. As historian Tom Macaman, a noted critic of the project, wrote at the link just above:

Silverstein has staked his reputation on the 1619 Project. This has gone badly for him. His name will forever be associated with the secretive manner through which the project invented its false and error-ridden historical interpretation, as well as the orchestration of the cover-up that has followed.

Specifically, Silverstein bears responsibility for the exclusion of leading scholars of American history—who would have objected to the 1619 Project’s central historical claims—and the intentional disregarding of objections made by the project’s own handpicked “fact-checkers.” Silverstein penned the devious reply to leading historians who pointed to the project’s errors. He then organized surreptitious changes to the already published 1619 Project, and, when exposed, claimed that it had all been a matter of word choice.

Silverstein’s 8,250-word essay is just the latest in this long line of underhanded journalism and bogus history. 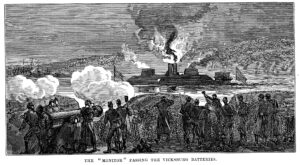 Run your boats under the guns, not in front of them.

Well, when the World Socialist Web Site is right, it's right. Never mind that slavery in the country known as the United States of America was legal only from 1776 to 1865, a total of 89 years. That's it.

As it happens, the last state to give up slavery was Biden's dead-end, dead-beat Delaware, a slave state that remained in the Union and to which the Emancipation Proclamation did not apply and "Juneteenth" was unknown and irrelevant. The bastard sliver of New Sweden finally abolished slavery, essentially at federal gunpoint, on Dec. 6, 1865, the day the Thirteenth Amendment was ratified. Has Biden—who never met a Southern racist Democrat (George Wallace, Robert Byrd) he didn't want to buddy up with—ever acknowledged and apologized for his useless state's rancid history? Fat chance; instead, throughout his hacktastic political career, and in earlier delusions of running for president, he explicitly identified his state with the South during the Civil War as he pandered for support:

The same story went to quote a presidential primary campaign speech Biden had given in Alabama in which he said “we (Delawareans) were on the South’s side in the Civil War.”

Leave it to the Democrats, the party of slavery, segregation, secularism, and sedition, which started the Civil War, to nominate and elect a senile dinosaur from the last human-bondage state in the Union. Their appetite for totalitarianism is boundless, as Biden, railing in his dotage, hurling executive orders and attacking the Supreme Court in seditious terms (overseas, no less), proves every day.

Before 1776 what eventually became the U.S.A. was a collection of British colonies; in 1619, when black Africans aboard a Portuguese slave ship, taken as bounty by English privateers (aka "pirates"), came ashore in the New World, they did so near Hampton in the British colony of Virginia. At that point, there was nothing "American" about it, other than its location. (The Portuguese, by the way, were among history's worst black-African slavers, directing the  bulk of the transatlantic slave trade to their colony, Brazil. Yet somehow slavery is "America's original sin.")

Instead, slavery was a cause for which hundreds of thousands of Americans died. On these first few days in July 1863, in the midst of the Civil War that may have started as a rebellion but turned into a war to free the slaves, Union generals Ulysses S. Grant and George Meade electrified the nation with the news of their twin victories at Vicksburg, the last of the southern citadels on the Mississippi River, and at Gettysburg, a small town in southern Pennsylvania where Robert E. Lee's defective generalship finally caught up to his inflated reputation, and killed the Confederacy's hopes at point-blank range during Pickett's Charge. It was a blunder that made Grant's worst military decision, Cold Harbor, look almost sensible.

This is the same Grant who called the "cause" of the Confederacy "one of the worst for which a people ever fought, and one for which there was the least excuse.” In a forgotten bit of history, the capture of Vicksburg also vindicated General Winfield Scott's "Anaconda Plan," which advocated choking the South to death by blockading its ports and seizing its principal waterways. Which is exactly what Grant—who served under "Old Fuss and Feathers" in the Mexican War—did. 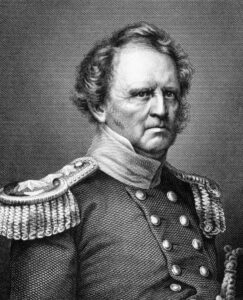 Old Fuss and Feathers was right.

From that date, July 4, 1863, the Civil War, which had widely been thought near-lost on the Northern side -- was won. And yet it still took Sherman's capture of Atlanta the following summer to ensure Lincoln's 1864 re-election. Indeed, just 15 months before Vicksburg, Grant had nearly lost the battle, his command, and maybe even the war, at Shiloh. The defeatist Northern newspapers howled for his head and he was briefly demoted by the crown martinet and leading REMF of the U.S. military, Gen. Henry Halleck. Sometimes it's darkest before the dawn.

And sometimes it isn't. On July 4, we're already two days past the halfway point of the calendar; in the northern hemisphere the days are growing shorter, and even as we're enjoying, or used to enjoy, beer (ruined by hipsters and hops) and baseball (fubared) we're aware that winter is coming. We can't say we weren't warned: in 2020, even before he took office, Biden warned of a "dark winter" ahead. Little did we know he meant that all four years of his term would bristle with defeatism, misery, and death, like Delaware but on a grand scale.

Which brings me to our present circumstances. In these darkening days of the Republic, the Left is both triumphant and morose, dreading its fate when and if the scattered forces of MAGA regroup and oust them beginning this fall with the midterm elections. The Right, meanwhile is riven between the die-hard partisans of Donald Trump and those disinclined to risk a repeat of the unnecessary turmoil of 2016-2020 when younger and better candidates are now making their presence known.

Recently, on my Facebook page, many of my readers misinterpreted the lessons of my most recent book, Last Stands: Why Men Fight When All Is Lost, regarding Trump's continuing refusal to accept his loss in 2020 (however occasioned) and his disastrous behavior on Jan. 6, which led to the continuing incarceration of many supporters for their involvement in the Capitol Hill demonstration/protest/riot. One of the points of that book was that, in every battle cited, the losing side ultimately won. The Greeks lost at Thermopylae but rallied at Salamis and Plataea. The Romans were crushed at Cannae but chased Hannibal to his end at Zama.

Ultimate winners can suffer a tactical or even strategic defeat and continue to fight. Inspired by Achilles, Alexander crushed the Persians and conquered the world, in part to avenge the sack of Athens in 480 B.C. The Roman Republic rebounded from the Second Punic War and turned into the Roman Empire. After the Hungarian defeat at Szigetvar, the Turks were driven from central Europe. Custer died on Last Stand Hill, but Reno and Benteen mounted a brilliant and valiant defense on a hilltop a couple of miles away, and the Sioux lost the Indian Wars. The Soviets ate hot Wehrmacht lead at Stalingrad but held on to the turn the tide of the war and destroy National Socialist Germany. 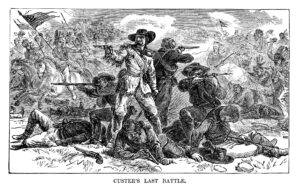 Know when to change generals. You can still win the war.

At the start of the Civil War, Winfield Scott was 74 years old. He had fought in the War of 1812, overseen the Trail of Tears in 1838, became commanding general of the U.S. Army in 1841, captured Mexico City in 1847, and had been the Whig candidate for president in 1852, losing to the Democrat, Franklin Pierce. At the outbreak of the Civil War he held the title of Lieutenant General, the first man to hold that rank since George Washington. A native Virginian, he stayed loyal to the Union and, as Lincoln took office, was still on duty as the new president's chief military advisor, retiring in 1861 as George McClellan began to supersede him. He died in 1866, at the age of 79.

Thanks to the Democrats' Jan 6 hearings, and in particular to the unforced and artless testimony of Cassidy Hutchinson, Trump has been irremediably damaged. America doesn't need a King Lear, railing about loyalty among a superannuated rum crew (Roger Stone, Rudy Giuliani) while a younger, stronger, better man awaits his turn on the national stage. Let us hope, and pray, that the trial balloons regarding an early announcement of a Trump 2024 candidacy, designed to cut the legs out from underneath any challengers, are just so much Fourth of July hot air, to be borne aloft and away before the last hot dog dies.

Fight on, but fight the next war, not the last one. Winter's on its way, and while the graveyards may be full of indispensable men,  we're not ready for the cemetery yet. Have a happy Independence Day, America, and many more—if you can keep it.