Former Pennsylvania governor, Homeland Security secretary, and current enviro-lobbyist Tom Ridge has published an article at The Atlantic arguing that his fellow Republicans are behind the curve on environmentalism. After opening the piece with a maudlin reflection on the fact that we all should have been celebrating Earth Day on April 22nd, but that the COVID-19 pandemic kept us from doing so (for the first time I was able to connect with the Libs who've been rooting for the virus), Ridge states:

The Republican Party has largely abandoned environmental issues—to its great detriment politically. Majorities of Americans say the federal government is doing too little for key aspects of the environment, such as protecting water and air quality and reducing the effects of climate change. A recent survey from the Pew Research Center finds that Democrats mostly agree that the U.S. government should do more on climate. Republicans are divided by ideology, age, and gender; moderates, Millennials, and women within the party are far more likely than conservatives, older Republicans, and men to favor more federal action. More and more, the GOP as a whole seems out of touch on this crucial issue.

This assertion is questionable. Gallup has actually just released a new poll attempting to document how Americans priorities the challenges facing our country, and the data for April, respondents put Climate Change at the bottom of the list, tied for dead last in importance. Now, of course, April is a bit of a skewed month, with the pandemic understandably taking first place and sucking up all the oxygen. Even so, it is worth noting that in the previous months surveyed, "climate change" only barely misses last place. 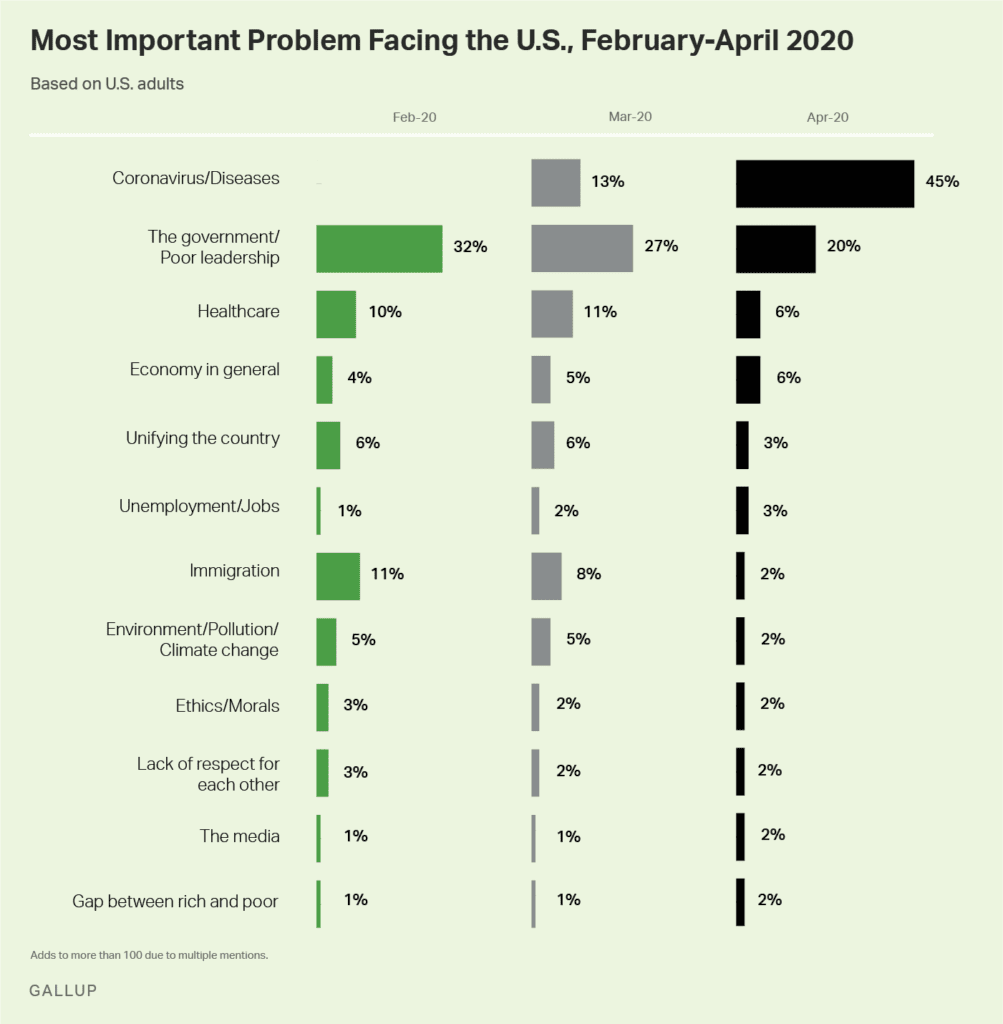 Heartland Institute president James Taylor, commenting on this data, rightly points out that "People have a vague, general desire for policymakers to pay attention to climate change," but when there's any question of the bill coming due -- he also mentions polling which suggests that support for Green initiatives collapses when respondents are asked if they'd be willing to pay an extra $100 per month for them -- they completely change their tune.

To Ridge's credit, he makes a few points which might make his new friends at The Atlantic uncomfortable, saying "I continue to support policies that embrace all sources of energy, including natural gas, which has lowered our dependence on coal. I also support nuclear power, the largest around-the-clock provider of carbon-free energy." But he follows that up with a lament that his "conservative friends have been reluctant to join me in supporting renewable technologies such as wind and solar." Perhaps because his conservative friends are aware that wind and solar are boondoggles which might help gullible Liberals sleep better at night, but they certainly don't benefit the environment. Then again, maybe his friends would come around if they were paid lobbyists for the renewable energy industry, like Ridge.

All of which is to say, if anyone is out of touch with American voters, its Tom Ridge.