It's a fine collection of stereotypes, and of course almost every bit of it, generally speaking, is true. That's what makes it funny. It might also make it "offensive," but who cares? If you can't take a joke, go home and play with the stuffed animals in your safe space. One of the things that has gotten America into such cultural and moral trouble is the Left's ability to seize and transform words into what they would like them to mean, instead of what they actually do mean. So powerful has this movement been, so successful, that perfectly innocent words like "stereotype"—and morally positive words such as "discriminating"— have taken on an entirely negative connotation, while formerly negative terms such as "tolerance" have instead been elevated to cardinal virtues.

It's time to put a stop to this degradation and weaponization of our language, which is now the cause of so much misunderstanding between the two sides of the cultural-political battles for America's soul. Time and again, conservatives have fallen victim to the fallacy that the Left's vocabulary and ours are identical. They are not: the words may be superficially the same, but they have (of course) radically different meanings. And until the Right realizes this, the restorative war cannot be won. 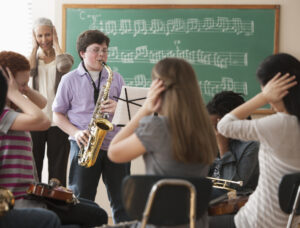 Some things are simply intolerable.

Let's start with "tolerance," one of the most culturally dangerous words in the Left's vocabulary. It's often combined with such other expanded weasel words as "diversity" and employed as a Critical Theory cudgel against the larger culture in order to "push boundaries" and "break barriers." The object, of course, being the destruction of historic norms and the ushering in of a new age of moral anarchy in the name of "righting wrongs."

I explained the ancient origins of Critical Theory and its satanic roots (literally, as outlined in Milton's Paradise Lost and Goethe's Faust) in my 2017 surprise bestseller, The Devil's Pleasure Palace: the Cult of Critical Theory and the Subversion of the West. Of particular interest to me in writing that book was the Left's weaponization of the word "tolerance," particularly via Herbert Marcuse's infamous notion of "Repressive Tolerance" and its use by Marcuse and other members of the Frankfurt School as a cultural battering ram:

The loss of cultural confidence was precisely what the Frankfurt School and its descendants sought and still seek to engender. It is their only path to victory, which is why—even as they have seized the high ground of the academy and the media—they continue to roll over and expose their bellies like whipped curs whenever they are directly confronted. Pleas for “tolerance,” a weakness masquerading as a virtue, still serve them well. It is long past time to give them a taste of their own “repressive tolerance,” à la Marcuse, to mark the boundary clearly between dissent and sedition, between advocacy and treason. By consistently claiming that some solutions are “off-limits” to “civilized” peoples, they undermine the very principles of civilization they pretend to advocate—the first of which is the right to civilizational and personal self-defense. They are a suicide cult enticing the rest of us to join them.

But the moral high ground is not yet theirs, as much as they would wish it so. Constantly forced into a strategy of subterfuge, dissimulation, misdirection, and open deception—I have dubbed it “American taqiyya,” a counterpart to the Muslim concept of religiously acceptable dissimulation—there is no lie the Left will not tell in the furtherance of its sociopolitical goals. To maintain the martial metaphor, they are essentially double agents, operating behind the lines of Western civilization. That they are not called out and dealt with aggressively in the court of public opinion and, when necessary, in courts of law, is one of the shames of our age.

Let's begin by recalling that the Latin root for our word "tolerance" is tolerantia—its gender, by the way, is feminine—which means "endurance, the ability to bear pain or adversity; patience, fortitude." In no way does it signify indifference to a given person, place, thing, or situation or, worse, approval. A "tolerant" society is one that is under mortal attack; and, with the perversion of the definition, is effectively prevented from fighting back. A "tolerant" society is a defenseless society and thus a doomed society. Even Marcuse recognized the martial, reactionary nature of "tolerance," in his essay linked above:

This essay examines the idea of tolerance in our advanced industrial society. The conclusion reached is that the realization of the objective of tolerance would call for intolerance toward prevailing policies, attitudes, opinions, and the extension of tolerance to policies, attitudes, and opinions which are outlawed or suppressed. In other words, today tolerance appears again as what it was in its origins, at the beginning of the modern period--a partisan goal, a subversive liberating notion and practice. Conversely, what is proclaimed and practiced as tolerance today, is in many of its most effective manifestations serving the cause of oppression. 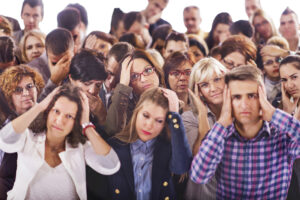 Similarly, the word "discrimination" once meant the ability to discern differences: "having or showing refined taste or good judgment." Keep the wheat, discarding the chaff. Advertising appeals were once made to the man of "discriminating tastes." James Bond, with his fondness for Sea Island cotton shirts, Aston-Martin automobiles, and certain kinds of libations, was discriminating. In other words, the word used to be a compliment. It means choosing the best; not "prejudice" or "bigotry." But it became racialized, and now here we are.

The same goes for "stereotype," originally a printer's term referring to a plate from which multiple copies could be run off, which then came to mean an image or belief widely held—the joke that opens this essay, for example. There could be positive stereotypes (German engineers) and negative stereotypes (British cooks) that everybody more or less agreed upon. Today, we might call them templates. Ethnic traits, too, were widely stereotyped, especially in melting-pot America: the dumb German or Swede, the violent Italian, the drunken Irishman were all stock characters in vaudeville and on Broadway at the turn of the last century:

(The above album also features "Darktown is Out Tonight," the great Will Marion Cook's show-stopping opening number from his 1898 musical Clorindy, or the Origin of the Cakewalk, the first all-black show in Broadway history, premiered in a rooftop theater and starring Ernest Hogan. Its lyrics would be considered "racist" today were they not written by the poet Paul Laurence Dunbar, but even so still cannot be performed.)

During the 1960s civil-rights movement, however, the word "stereotype" was hijacked to describe white notions of certain perceived black traits and given a modifier: "negative stereotypes," which soon enough was dropped, having colored the original meaning beyond rescue.

The language has since been destroyed in many other ways: the introduction of the word "gender," a grammatical term, as a synonym for "sex." The genius of it was this: there are only two sexes, but three genders—masculine, feminine, and neuter—thus opening the door, via the deliberate conflation and confusion of the two terms, for today's multiple "gender identities" that so bedevil our public discourse and understanding of ourselves. Meanwhile, "diversity"—which is merely descriptive—has acquired a positive connotation, as if it were a moral imperative rather that what it really is, something generally destructive of social cohesion and entirely unnecessary in a merit-based culture. 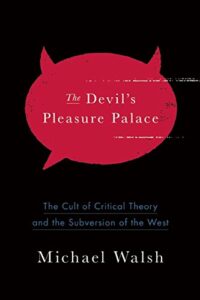 The first step, therefore, in confronting the modern Left is to reject their transmogrification of the language and insist that words retain their original meaning. As with everything else they touch, words have become distorted and misshapen simulacrums of their former selves, used now not to communicate but to browbeat and propagandize. Such a situation has now become intolerable. So, as long as we're giving the devil his due, let's give Marcuse the last word:

Tolerance toward that which is radically evil now appears as good because it serves the cohesion of the whole on the road to affluence or more affluence. The toleration of the systematic moronization of children and adults alike by publicity and propaganda, the release of destructiveness in aggressive driving, the recruitment for and training of special forces, the impotent and benevolent tolerance toward outright deception in merchandizing, waste, and planned obsolescence are not distortions and aberrations, they are the essence of a system which fosters tolerance as a means for perpetuating the struggle for existence and suppressing the alternatives.

Couldn't have said it better myself.