The American Left is beginning to wake up to a fact that regular Pipeline readers have known for years, namely that environmentalism isn't all that great for the environment. That was my takeaway from this NBC News article entitled, "How the rise of electric cars endangers the ‘last frontier’ of the Philippines." The piece looks at the effects of a rapidly expanding nickel mine in the rainforests of the Philippines, and the damage it's doing to the local environment and way of life of natives:

[Jeminda] Bartolome, 56, lives in one of the most biodiverse places on earth, a stunning island that draws legions of tourists to its crystal blue waters and pristine nature reserves. But these days, her livelihood, and the ancient rainforest system it depends on, are increasingly under threat. A nickel mine stretching nearly 4 square miles scars the forest above Bartolome’s farmland. The mine, Rio Tuba, plays a vital role in satisfying the global demand for a mineral more coveted than ever due in part to the explosion of the electric car industry.

The raw nickel dug out of the ground here ends up in the lithium batteries of plug-in vehicles manufactured by Tesla, Toyota and other automakers... With the demand for nickel skyrocketing, the Rio Tuba mine is now on the brink of expanding deeper into the rainforest, adding almost 10 square miles to its current footprint. Local environmentalists fear that it will wipe out the forest’s fragile ecosystem and increase toxic runoff into the rivers that flow past the farmland down below, jeopardizing the crops.

The Bartolome family's story is heartrending, and the discussion of the chemicals leeching into local waterways is worse still. Testing has shown that levels of the compound hexavalent chromium now exceed W.H.O. recommendations in local drinking water, and 85 percent of  households report "an uptick in coughs and other respiratory issues" -- a common side effect of hexavalent chromium ingestion --"as well as skin lesions." 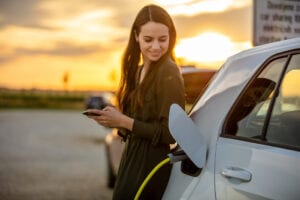 But what about hexavalent chromium ingestion?

Still, the overall tone of the article is strange. The authors have apparently never considered the potential for environmentalism -- in this case the money, political pressure, and propaganda campaign all put at the service of the Electric Vehicles industry -- to harm rather than save the environment. They clearly assume that their environmentally conscious readers will be similarly surprised.

And they do their best to make the case for the mine, giving rise to some interesting overlap with common defenses of the oil and gas industry. Their mention, for instance, of the local tribal leaders who support the mine's expansion and the economic opportunities it will engender remind us of the members of Canada's Wet’suwet’en nation who objected to environmental activists attempting to shut down the Coastal GasLink pipeline on their behalf for similar reasons.

And they quote a spokesman for the Rio Tuba mine who disputed the studies related to chemicals in the drinking water, while also contending that the mine's unavoidable environmental impact was at the service of technological innovation, and that all "human development has been a series of trade-offs." It is worth noting that, had similar words been uttered by a natural gas spokesman, he would have been mercilessly vilified for the remainder of the article.

These gestures to the mine's defenders amplify the air of desperation in the closing paragraphs of the article, as the authors struggle to justify the destruction they're reporting on. They seem to settle on an unsatisfying and contradictory one offered by Natural Resources professor Gillian Galford, who says “There's no one technology that's going to solve our climate crisis. We have to deploy as many options as we feasibly can," including replacing traditional cars with E.V.s and "conserving our forests," which absorb and store carbon. No word from the professor about what to do in this case, when those two "options" are in conflict. 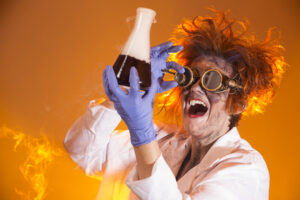 Science in search of options.

Still, the authors can't help but give the final word to Jeminda Bartolome, "rice farmer and mother of six," who struggles to understand "why companies that make products used by wealthy people thousands of miles away must source materials from her backyard." It's a good question, and one that should trouble the affluent, overwhelmingly white clientele of electric vehicle manufacturers. "Our luxury goods are destroying the environment and a way of life," they might be forced to say to themselves. "Maybe we're the bad guys?"

Unfortunately for Mrs. Bartolome it's more likely that any pang of conscience felt by the Electric-Limousine Lefties who encounter these inconvenient facts will will have evaporated by the time they're ready to buy their next Tesla. Out of sight, out of mind I guess.