The Securities and Exchange Commission is the ultimate double-edged sword.  On the one hand, it is a regrettably necessary federal agency that has a legitimate purpose for existing, and it has a decent track record of punishing financial fraud.

On the other hand, the SEC wields its disproportionate power far too readily.  The enforcement division often wrongfully targets minor offenders or innocents, puts them through the wringer, and even if they don’t bring litigation, end up bankrupting these unfortunates via legal fees.  The agency is also infamous for missing or ignoring warnings regarding massive fraud, such as that perpetrated by the late Bernie Madoff.

The SEC, particularly its enforcement division, should really be about protecting average investors.  They do very little in the way of educating the investing public, and instead engage in bureaucratic rigmarole more focused on deterrence -- which doesn't seem to work. 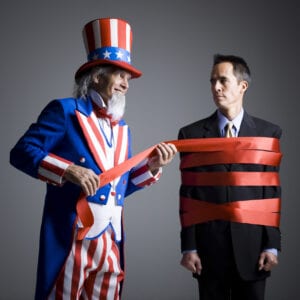 It's for your own good.

Regrettably, because it is a government agency, it is also subject to politics.  Theoretically, the agency is independent from any given administration, but it is highly unusual for the president to be on a completely separate page from the agency – unless you’re Donald Trump, and everyone is out to get you.

In the case of the Biden administration, the radical Leftist cabal propping up the doddering hair-sniffer is clearly dictating the SEC’s new priorities, and appointed a like-minded individual to run the show. Just look at the SEC’s new number one priority:  Climate change.  For real.

A March 4 press release trumpets an “Enforcement Task Force” focused on climate and ESG issues.  For those not up to speed, “ESG” means “environmental, social, and governmental" investing strategies. Just substitute “woke” and you get the same result.

But here’s the frightening thing: this “task force” is shaping up to be a climate change gestapo.  Per the release: “consistent with increasing investor focus and reliance on climate and ESG-related disclosure and investment, the Climate and ESG Task Force will develop initiatives to proactively identify ESG-related misconduct.”

“ESG-related misconduct”?  What exactly does that mean?

Worse, what does this part mean? “The Climate and ESG Task Force will evaluate and pursue tips, referrals, and whistleblower complaints on ESG-related issues, and provide expertise and insight to teams working on ESG-related matters across the Division."

Is this as ominous as it sounds? As with anything involving politics, and especially anything involving Leftists, one must read between the lines to parse the meaning.  One must also examine the totality of information provided by not just one agency, but the power players inside the Beltway. That includes speeches by the acting SEC chair Allison Herren Lee before the Center for American Progress, a Leftist NGO, in which she said:

No single issue has been more pressing for me than ensuring that the SEC is fully engaged in confronting the risks and opportunities that climate and ESG pose for investors, our financial system, and our economy…this last year has helped to clarify why the perceived barrier between social value and market value is breaking down. 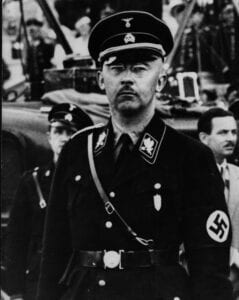 I'm from the government and I'm here to help.

So, yes, it is as ominous as it sounds because this appears to be the first step in moving the SEC away from its statutory mission of protecting investors, and instead pursuing the Marxist goal of dismantling capitalism via regulation.  It will begin with making certain that “ESG disclosures” adhere to some as-yet-undetermined criteria for which failure will lead to enforcement actions. This is also consistent with the SEC’s long-term strategy to expand its power.  That’s the very nature of government agencies.

Fortunately, it will take herculean efforts on the part of the Left and the SEC to make headway. The courts have generally ruled that it is preferable to let companies and investors interface on what matters are important enough to address and disclose.

In addition, the courts have traditionally given companies wide discretion regarding what is considered material information.  Attempting to expand the definition of “material information” to issues involving "climate change" stands far outside existing case law at the Supreme Court level.

For disclosures (or lack thereof) to be considered material, there must first be a duty to disclose.  It’s one thing for an energy or utility company to make (or fail to make) statements regarding climate or environmental issues.  It’s another for a company that has little or no adjacent exposure to those issues to have such a duty.

Even then, a landmark Supreme Court case, Matrixx Initiatives v. Siracaruso, made is clear that even failed to disclose material information may not be actionable.  The court wrote, “…it bears emphasis that [securities laws] do not create an affirmative duty to disclose any and all material information. Disclosure is required under these provisions only when necessary ‘to make…statements made, in the light of the circumstances under which they were made, not misleading’.”

In another landmark case in 2011, TSC Industries, Inc. v. Northway, Inc., the Supreme Court held that “there must be a substantial likelihood that the disclosure of the omitted fact would have been viewed by the reasonable investor as having significantly altered the 'total mix' of information available.”  Specifically, the court refers to the mix of information that investors rely upon prior to buying or selling a security.

Believe it or not, that ruling was unanimous and the opinion written by Justice Sotomayor.  One area where the liberal justices surprisingly get it right (sometimes) is on securities fraud cases.

There’s also a constitutional issue at play, generally referred to as “fair notice."  Multiple Supreme Court cases have determined that laws must give people a reasonable opportunity to know and understand what it prohibited.  Otherwise, enforcement is arbitrary and discriminatory.  That’s why agencies publish “rules” so as to provide some element of fair notice.

In what may turn out to be the height of irony, the National Resources Defense Council sued the SEC in 1978 because it wanted more expansive disclosure of environmental matters that were not mandated by statute.  The SEC actually opposed this, saying that too much disclosure would be unmanageable and expensive.

Without congressional mandate or rulemaking, the SEC stands on very weak footing as far as filing securities fraud cases in ESG matters. That's the good news. The bad news is that this doesn't mean the agency won’t try to satisfy the Biden administrations’ Leftist puppetmasters.   Naturally, this just means more resources taken away from what the SEC should be doing – protecting regular investors from genuine cases of fraud.