Among the hundreds of arrests I’ve made in almost 40 years of police work, I can think of only one I regret. It happened in 1984, give or take a year, a time of increasing violence in Los Angeles, especially South-Central L.A., where I was working as a patrol officer. In the division I was assigned, as in those nearby, we saw two or three murders a week and twice as many non-fatal shootings, and we were drilled constantly on the need to be proactive and get guns off the streets.

The traffic stop that led to the arrest was legally justified, as was the search that turned up the loaded handgun under the driver’s seat. The man had violated the law and I had caught him at it fair and square, yet even now, all these years later, I still regret it.

The man was not a gang member, or any type of criminal at all, for that matter. He was a working man in his 20’s, about the same age as me at the time, and his job required him to take cash receipts to the bank at the end of his shift. He was every bit as aware of the crime problem in the area as I was, if not more so, and he had started carrying a revolver in his car as a precaution against robbery, a crime that occurred even more frequently than shootings. 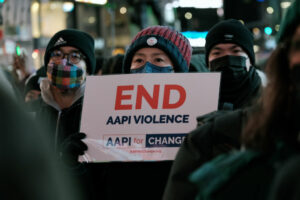 Vigil for Michelle Go, killed in a Times Square subway station by being shoved in front of a train by a "mentally ill" homeless man.

But at the time I was too young and inexperienced to realize that even though everything about the arrest was 100 percent legal, it drew very near to the line of being immoral. Neither the man nor his gun posed a threat to anyone save for someone seeking to rob him of the money entrusted to him by his employer, and if he had shot some thug trying to do just that, my colleagues and I would have celebrated it. Still, I made the arrest and got a gun off the street. Were I to meet the man today, I would apologize to him. I pray his ordeal was brief and minimally unpleasant.

I have thought of that man often while watching the news recently. We have been told of defenseless women being killed by men whose freedom to roam the streets and commit acts of cruel depravity is testament to the moral inversion that has been evident for years but lately become obvious to all but the most nakedly partisan “criminal justice reformers.” These “reformers” peddle the childish fantasy that we would all be safer if only we treated criminals more kindly. The crime trends of the last thirty years would belie this fantasy, but here we are. Apparently, some lessons need to be re-learned with each generation, and this generation’s education comes at the price of innocent lives

At about 5 a.m. on Jan. 13, 70-year-old Sandra Shells was the victim of an unprovoked attack at a bus stop near the L.A. County-USC Medical Center. A man knocked her to the ground, causing her to strike her head on the sidewalk. She died three days later in the hospital where she had worked as a nurse for 38 years. A homeless man, Kerry Bell, has been arrested and charged with Shells’s murder. 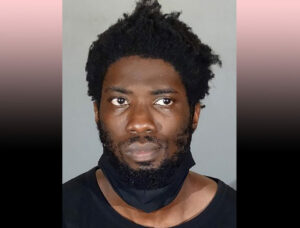 Later on Jan. 13, Brianna Kupfer, 24, was working alone at a furniture store in Los Angeles when she sent a text message to a friend saying she was getting a “bad vibe” from a man who had entered. A customer entered the store about twenty minutes later and found Kupfer on the floor, stabbed to death. A man with a "history of mental illness," identified as Shawn Laval Smith, has been arrested for her murder.

On Jan. 15, Michelle Go, 40, was in New York’s Times Square subway station when, in another unprovoked attack, she was shoved into the path of an oncoming train. She died, and Martial Simon, 61, has been arrested and charged with her murder.

All three of these accused killers have been described as suffering from mental illness in the past, and all of them have criminal histories sufficiently opulent to raise the question of why, after their repeated demonstrations of violent, antisocial behavior, were they not confined somewhere safely away from their unwary victims.

My long career in police work has offered me a vantage point from which to view the arc of the criminal-justice pendulum as it has swung from leniency for criminals in the early ‘80s to harsh punishment in the ‘90s and then back again, with the current fashion of treating criminals as victims and victims as irrelevant pawns in the “progressive” effort to empty the nation’s prisons and jails. Will the deaths of these three women, added to the already widespread worries over rising crime, cause the pendulum to reverse course once again?

Perhaps, but the pendulum’s mass is great and its inertia powerful. Even if the public reached a consensus this very day that they have had enough with the soft-on-crime policies now in place in so many cities, so entrenched are the people who have brought those policies about that it will take years to fully reverse course to the point that violent crime will start trending downward once again. In the meantime, how can the law-abiding citizen protect himself?

There is an adage among cops that goes, “It’s better to be tried by twelve than carried by six.” In other words, it’s better to protect yourself and take a chance on being charged with a crime than it is to be killed through your hesitancy to act. Which brings me to the man I arrested years ago for having a gun in his car. He surely made the same kind of risk-reward calculation, reasoning that it was more prudent to carry the gun illegally and risk arrest than to face a robbery without it and risk death.

In Los Angeles, where it’s nearly impossible to obtain a concealed-carry license, how many people are weighing this very decision right now? The neighborhood where Brianna Kupfer was killed was once considered safe, but the nearby map, taken from the LAPD’s crime-mapping website, shows crimes reported to the police in the area since Aug. 1 of last year. The abundance of symbols on the map reveal the area is anything but safe, even apart from Brianna Kupfer's murder.

The same observation can be made elsewhere. In Chicago, for example, where a CCW license is also all but unobtainable, people are long accustomed to violent crime on the city’s south and west sides, but today shootings, robberies, and carjackings are common in such neighborhoods as the Lincoln Park, the Gold Coast, and the Magnificent Mile. How many otherwise law-abiding Chicagoans have decided to carry guns illegally rather than risk falling victim to the ongoing crime wave?

But be warned. Yes, it’s better to be tried by twelve than carried by six, but the risk of facing criminal charges after using deadly force in self-defense has never been greater. Los Angeles district attorney George Gascón would gleefully charge someone who acted even in obvious self-defense if the politics of the situation demanded it, which is to say if the racial calculus met certain criteria. The same is true of Kim Foxx in Chicago, Chesa Boudin in San Francisco, and any of the other “progressive” prosecutors holding office across the country

Consider what the response would have been had Brianna Kupfer, after sending the ominous text message to her friend, had armed herself with a gun and shot her assailant at the first sign of his knife. Today in some quarters she would be branded as a privileged white girl from Pacific Palisades who fired out of inordinate fear of a black man innocently shopping for furniture. Absent video of the man assaulting her, Gascón would likely have charged her.

But she would be alive, which is better than what actually happened. Fellow citizens, consider the risks, and act accordingly.