The world's most obnoxious teen girl is at it again. With the grownups having abdicated all responsibility across the western world, and the barbarians at the gates, think of Greta Thunberg as, well... Romulus Augustulus, empress of all she surveys. For now:

Greta Thunberg says the world needs to learn the lessons of coronavirus and treat climate change with similar urgency. That means the world acting "with necessary force", the Swedish climate activist says in an exclusive interview with BBC News.

She doesn't think any "green recovery plan" will solve the crisis alone. And she says the world is now passing a "social tipping point" on climate and issues such as Black Lives Matter. "People are starting to realise that we cannot keep looking away from these things", says Ms Thunberg, "we cannot keep sweeping these injustices under the carpet".

She says lockdown has given her time to relax and reflect away from the public gaze.

So who is Romulus Augustulus, you ask?

Ms Thunberg has shared with the BBC the text of a deeply personal programme she has made for Swedish Radio. In the radio programme, which goes online this morning, Greta looks back on the year in which she became one of the world's most high-profile celebrities.

The then 16-year-old took a sabbatical from school to spend a tumultuous year campaigning on the climate. She sailed across the Atlantic on a racing yacht to address a special UN Climate Action summit in New York in September. She describes world leaders queuing to get pictures with her, with Angela Merkel asking whether it was okay to post her photo on social media.

The climate campaigner is sceptical of their motives. "Perhaps it makes them forget the shame of their generation letting all future generations down", she says. "I guess maybe it helps them to sleep at night."

Her Majesty is upset. She came into this world expecting perfection, and the adults have let her down. In fact, they have deliberately destroyed her slim chance of happiness by their willful inaction on the "climate emergency" that's visible all around us. Why, just look out the window! 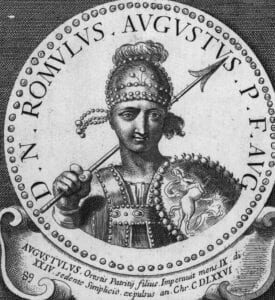 End of the line.

It was in the UN that she delivered her famous "how dare you" speech. "You have stolen my dreams and my childhood with your empty words", she told the world leaders gathered in the UN Assembly. She appeared on the verge of tears as she continued. "People are dying," she said, "and all you can talk about is money and fairy tales of eternal economic growth. How dare you?"

She knew it was a "lifetime moment" and decided not to hold anything back, she says now. "I am going to let my emotions take control and to really make something big out of this because I won't be able to do this again".

Still, the Empress is disappointed in her subjects, who have not lived up to her ideals, and that the glory that was once Rome -- er, Sweden.

She describes travelling back from the UN to her hotel on the subway and seeing people watching the speech on their phones, but says she felt no urge to celebrate. "All that is left are empty words", she says. The phrase reflects her deep cynicism about the motives of most world leaders.

"The level of knowledge and understanding even among people in power is very, very low, much lower than you would think," she told the BBC. She says the only way to reduce emissions on the scale that is necessary is to make fundamental changes to our lifestyles, starting in developing countries. But she doesn't believe any leaders have the nerve to do that. Instead, she says, they "simply refrain from reporting the emissions, or move them somewhere else".

The teenager believes the only way to avoid a climate crisis is to tear up contracts and abandon existing deals and agreements that companies and countries have signed up to. "The climate and ecological crisis cannot be solved within today's political and economic systems", the Swedish climate activist argues. "That isn't an opinion. That's a fact."

Indeed, Her Serene Highness has much, much more to say to her subjects -- but hold! There's someone knocking at the gates. A fellow by the name of Odoacer.