To give credit where credit is due, the recent announcement from the White House establishing the “Disinformation Governance Board” as part of the Department of Homeland Security did not actually utilize the terms “Goodthink” or “Ministry of Propaganda.” References to Goebbels appear to have been minimized as well.

It is clear that no one can possibly define what is purported to be potentially harmful “disinformation” unless one has the God-like ability to determine what qualifies as unquestionably truthful information and that this information is being used to reach unquestionably accurate conclusions.

That distinction is vital. Any collection of true propositions can be used to defend a flawed conclusion. It is true, for example, that a ball placed on a sloped surface will roll toward the bottom of the slope. It is true that the floor of most everyone’s home is not a sloped surface. It is true that a ball placed on the floor of most everyone’s home will remain in place. One can put those three truths together and conclude that planet earth is flat, not a sphere. 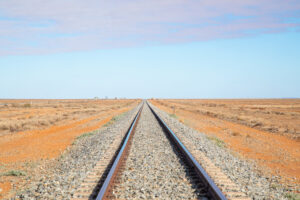 Looks pretty flat to me.

There are indeed people who sincerely believe that planet earth is flat and they use selected facts in a selective manner to buttress their argument. In a free society they are not only able to do so, they should be encouraged to do so. If the folks in power ban any discussion of a flat earth, more than one person is going to wonder why. If this idea is as ludicrous and unscientific as is claimed, why can not any person be allowed to examine the idea and bear witness to its ludicrousness? When a censor insists that something must be covered, it only increases one’s curiosity to discover what's under the cover.

It seems certain that former President Barack Obama has much more to do with this attack on free speech than the current occupant of the White House. President Biden appears as unlikely to create a board whose name includes a five-syllable word as he is to successfully pronounce it.

As part of a speech at Stanford University on April 21, Obama applauded social media platforms for their attempts at censorship. But, he concluded that those platforms do not and can not handle the important work of suppressing opinion by themselves. He claimed that while “…content moderation can limit the distribution of clearly dangerous content, it doesn't go far enough.” Six days later, the Biden administration rolled out the new Ministry of Propaganda. Coincidence? I think not.

I suppose I myself must be “clearly dangerous” because I don’t believe that climate change is wholly man-made, that we can and should attempt to manipulate the climate, and that the economic and human cost of most of the schemes proposed to limit future use of fossil fuels is far too high a price to pay. One can and should accept the facts that carbon dioxide acts as a greenhouse gas, that mankind is responsible for increasing carbon dioxide concentrations in the atmosphere since the beginning of the industrialized era and that mean global temperatures, which have fluctuated throughout the industrial era, seem to have risen slightly in recent years. None of those facts, which I agree with and with which I am professionally qualified to evaluate, leads me to the conclusion that climate change is entirely man-made and necessarily catastrophic.

On the other hand, maybe it can.

Does my interpretation of those commonly accepted facts make me dangerous in Barack Obama’s eyes? Do similar interpretations by scientists like Roy Spencer and Judith Curry make them dangerous to Forty-Four? I suspect he thinks so.

From all I know of Barack Obama, he is what a colleague who served alongside him in the Illinois Senate described as “a nice guy, but an empty suit.” I place him squarely in the class of what I think of as the simple-minded scholars. These are people who have learned so much about so little that they have managed to disconnect themselves from objective reality and that great human instinct we call common sense.

This is not a new phenomenon.  Plato preached mysticism, while Aristotle was a champion of practicality. Plato imagined. Aristotle observed. Both philosophies have their place, but neither should dominate.

It has been nearly eight hundred years since Thomas Aquinas, that towering figure in both theology and philosophy, dragged the western world back to reality by its ear. Aquinas reiterated what should be an obvious point: if you see something, then what you’re seeing is what it is. If what you see is in fact something else, then the whole of Creation is kind of pointless, ain’t it? So let’s stop all this Platonic speculation about the nature of reality and simply accept that it’s real, that it’s God’s creation and that in revealing more of it, we get closer to our Creator.

"I think you've got no idea what disinformation is...Do you know who the greatest propagator of disinformation in the history of the world is? The U.S. government." pic.twitter.com/ZTnjUsTQne

In order to continue on this noble journey, more ideas are needed, not fewer. Discussions need to be open, not restricted. Ideas, even stupid ideas, even hateful ideas, are not dangerous. Actions alone are dangerous. The leftist conception that passionate expression necessitates violent action is simple-minded and offensive. It presumes a level of stupidity and subservience among the human race that should disgust us all.

In Barack Obama’s tiny world, Patrick Henry would have banned from speaking in public again after he dared to utter his defiant choice: “give me liberty, or give me death!” Fighting words do not, as the left seems to believe, necessarily or even frequently result in physical confrontations. They instead are part of battles that involve ideas. No one, and certainly no arm of government, has the right to intervene on that sacred battlefield.