One sign that the Democrats are getting increasingly concerned about their potential losses in the upcoming midterm elections is that they're frantically trying to find ways to, at least temporarily, deal with the soaring price of gasoline. The president's decision to further deplete the Strategic Petroleum Reserve is a prime example, but it isn't the only one. Here are a few others: 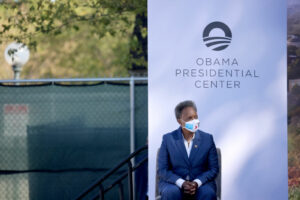 California deserves its own special mention here. Golden State governor Gavin Newsom recently unveiled an $11 billion relief package in the hopes of combating the state's highest-in-the-nation gas prices. The average price in California recently hit $5.88 per gallon, though it has passed the $6 mark in many areas. As the Wall Street Journal notes dryly, "Gasoline prices in California are often higher than in other states due to higher fuel taxes and stricter regulations." No kidding. More than $1 billion of the Newsom proposal comes from the gas tax reduction.

The biggest chunk of money, however, is allocated to issuing $400 debit cards for all registered vehicle owners (with a two-car maximum). Unlike the Chicago gas card plan mentioned above, which is directed towards middle and lower income residents, Newsom's plan has no income cap. Neither is it targeted towards the owners of gas-powered cars. Electric vehicle owners are also eligible. For some reason. The cost: a cool $9 billion. Newsom also called for $750 million to be spent on free (at the point of service) public transportation for three months and, this writer's personal favorite, $500 million to "promote biking and walking."

Now, all of these plans are expensive workarounds which ignore more straightforward solutions. They're also transparently self-serving, temporary in nature, and of questionable efficacy -- as Jinjoo Lee recently argued, the degree to which these temporary cuts "translate to lower pump prices partly depends on the size of the market and how strained a region’s refining system is." Still, as vacation season approaches and the war in Ukraine drags on, it is better than nothing.

And, more important, it is a refreshing sign of politicians' accountability to the voters. To see the opposite response, here's Steven Guilbeault, former Greenpeace activist, and (God help us) Canada's current Environment Minister, explaining his opposition to proposed fuel taxes in that country. He said, "All of these crises will go, but climate change will still be there, and climate change is killing people." Guilbeault's party just made a deal that keeps them in power until 2025. He's not accountable to anyone.

Last week the Trudeau Government announced their brand new anti-climate change initiative, which included a significant hike in the carbon tax. As we discussed at the time, the plan is to increase the current tax of $30 per ton by $15 per year until settling (for now) at $170 per ton.

This is a big increase, but to most people those numbers seem entirely theoretical. A ton of carbon emitted sounds like a lot, and the average Canadian probably sees those numbers and figures that, since his car and furnace together don't emit that much, this doesn't affect him. Of course, this is exactly how Trudeau wants people to approach the issue.

But to set the record straight, Kris Sims of the Canadian Taxpayers Federation has helpfully scaled those numbers down to the individual level. Here's what she came up with:

Right now, the federal carbon tax is at $30 per tonne, resulting in a tax of 6.6 cents per litre for gasoline and 8 cents per litre for diesel.... At those rates, filling up a minivan costs nearly $5 extra in the carbon tax, filling a light duty pickup truck costs $8 more and a super duty diesel pickup costs $14 more.... So, now that the feds are going to increase the carbon tax to $170 per tonne, what happens to these everyday costs?

This hike will put the carbon tax up to more than 37.5 cents per litre for gasoline, 45 cents per litre for diesel and 32.8 cents per cubic metre for natural gas. That means that very soon it will cost you $27 extra to fill up a minivan, $45 extra for a light duty pickup truck and $204 extra to fill just one diesel fuel cylinder on those big rig trucks that deliver everything from furniture to food across the country. Remember: this is just for the carbon tax. This doesn’t include the cost of the fuel, other taxes, the GST or the incoming second carbon tax that Trudeau’s government is creating. How many people have an easy extra $45 to fill up their trucks to go to work? 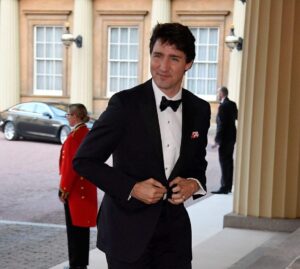 And that's just for your vehicle. What about keeping your house warm? Sims lays that out as well:

When it comes to heating a home with natural gas, the carbon tax often costs more than the actual fuel being used. Homeowners in British Columbia sent the Canadian Taxpayers Federation their natural gas bills to show the costs. One of the bills showed an average-sized home in Gibsons using 466 cubic metres for one winter month last year, resulting in a carbon tax bill of $35. The homeowners had only used $27 worth of natural gas....

Canada is, of course, one of the most northerly nations in the world, but Gibsons, B. C., the town she uses as an example, is hardly one of the coldest areas in the country. In places like Moose Jaw, Saskatchewan; Winnipeg, Manitoba; and Arnprior, Ontario, those numbers are going to look at lot worse.