This column is a second-hand mystery thriller on the lines of the Agatha Christie Poirot television series. It tells the story how a real-life scientific scandal that involved a Nobel Prize winner, great American and U.K. universities, the Manhattan Project, several expert U.S. government committees, and dirty work at the laboratory was exposed by an academic detective almost a hundred years after it was first committed. Maybe it’s a mystery that would be solved easily by Poirot or by anyone familiar with those civilized British murders which turn on how much arsenic was in the jam omelette. But no one knew there was a mystery to be solved. And even though billions of dollars may hang on their decision, the authorities have not yet agreed to re-open the case.

The Hercule Poirot in this case who’s seeking the truth, whatever the cost to distinguished reputations, is Edward J. Calabrese, Professor of Toxicology at the University of Massachusetts, School of Public Health and Health Sciences, at Amherst. As in the best thrillers, Professor Calabrese blundered into the scandal by accident when he attended a research conference that starred two different sets of elderly rats. He was struck by the difference in their appearance.

Some looked “remarkably healthy, showing a wonderfully shining coat of fur. They seemed to be in the prime of their adult life.” Others “looked unhealthy, very haggard, skinny, with very little fur, and that patchy and dull.”

Nothing odd there, you might think, because the study of the rats was being conducted to determine the effects of exposing them to high doses of background radiation, sometimes sixty per cent higher than the background radiation they had experienced throughout their lives. But something odd was there because the healthy, shiny-coated rats were the ones who had been subjected to massive doses of radiation while the ailing, haggard, and dull creatures were the control group living protected lives. And that comparison contradicted the orthodoxy of public health and regulatory authorities holding that any dosage of radiation, however small, was bound to inflict health damage on living creatures. 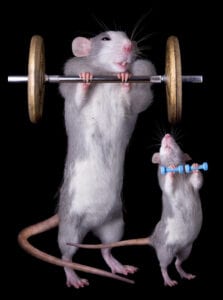 A dose a day keeps the doctor away.

That belief in turn was confined neither to scientists nor to health professionals but had spread throughout society to promote strong risk-averse attitudes across the board but especially on the topic of radiation because, like cancer, radiation was a silent killer that murdered us without our noticing.

Most of us might have reacted to the rats therefore  as if it were an anomaly we hadn’t yet detected with some such thought as “well, that’s odd, wonder what caused it, probably something in the water.” But chance favors the prepared mind, as Louis Pasteur once said, and Calabrese, who had written several books on the topic, looked at the data and concluded that it was hard to deny that radiation had exerted a positive healthy influence on the rats. And for him that meant the conventional theory had to be re-examined.

The theory he was challenging is described by Calabrese as follows: any dose of chemical carcinogen or ionizing radiation, no matter how low, has the potential to cause cancer and shorten our lives. He traces the origins of this theory back to 1920 and to a Nobel Prize-winning scientist, Professor Hermann Joseph Muller, who in 1926 demonstrated that high doses of radiation could cause gene mutations in the fruit fly. That made him famous and won him the Nobel Prize in 1946.

But it was a limited scientific advance, and as interest in combating cancer grew, he sought to expand its application to consider the impact of X-rays on the health of the patients. He asked research students to test whether the gene mutation response was proportional to the dose of radiation administered in other cases. They found that it was. But the radiation dose was extremely high in their experiments—"hundreds of thousands to millions of times greater than background radiation.”

Rather than test what was the effect of very low doses of radiation, however, Muller extrapolated backwards or downwards to estimate the impact of such doses. He called these results the Proportionality Rule. And this linear no-threshold model or LNT (i.e., implying that there’s no threshold below which radiation is harmless or even beneficial) became over time the orthodox view—and so the basis of “precautionary” principles that sought to eliminate any risk whatever from radiation even at the cost of eliminating fuels and technologies beneficial to human flourishing.

It took time for the LNT to establish itself, however, because the LNT was controversial within medical science and because Muller and his colleagues found it hard to replicate the results in other experiments without heavy massaging of the data. In some cases Muller went beyond massaging data to outright misrepresenting it. When Muller received the Nobel Prize for his original research in 1946, he used his acceptance speech to claim that the “threshold model” had been definitively superseded by the LNT. As Calabrese says darkly in his essay in Reassessing Radiation Safety (The Global Warming Policy Group, London): “In effect, Muller deliberately deceived his audience in an effort to manipulate them into accepting his ideological perspective.”

That was a serious violation of the procedures and ethics of science. But it need not have been the end of the matter. There were many occasions after 1946 when the LNT theory was supposed to be reconsidered by different scientific authorities. Indeed, for more than half of his investigative essay, Calabrese is describing how on one occasion after another scientific authorities who ought to have discovered the errors underlying LNT failed to do so, from causes both shocking and comic. At one time Muller and a colleague successfully dismissed criticisms of their position because they knew the evidence against them was in research documents classified by the U.S. government and thus unavailable to reporters or the public.

From 1946 to the mid-nineties in Calabrese’s telling, the LNT becomes a plot device like Alfred Hitchcock’s McGuffin which, as it passes from hand to hand, escapes any number of threats of impending detection and discrediting until in 1995 an Oak Ridge genetics researcher in Tennessee discovers major irregularities in earlier researches that had apparently supported LNT. That leads to further investigations which themselves result in the conclusions that LNT was a mistake (even if its consequences remain to be buried), that those subjected to low-dose radiation did no worse than their control group, and that there was even a “hormetic” effect, i.e.,  low-dose radiation was beneficial, as with the rats which started Calabrese on his voyage of discovery.

It's a complicated story but also a gripping one that Calabrese tells well and clearly. My brief summary is not a substitute for the monograph which you can read above. But the LNT story is not over. Though the scientific basis of LNT has evaporated, its consequences in terms of policy and regulation are very much alive.

First, at a time when government policies everywhere are looking for alternatives to fossil fuels that are both effective and reasonably priced, nuclear power stations are still being blocked by massive and expensive regulations that reflect a false and vastly excessive estimate of the risks of radiation. Reassessing Radiation Safety is highly topical and an important intervention in the nuclear debate. 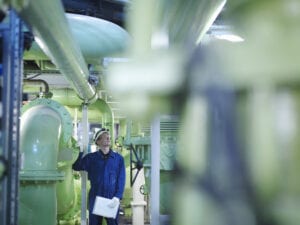 Secondly, the story of Muller and LNT illustrates the danger of treating human scientists as the god, Science. Borrowing a remark of Chesterton another topic, we might say about Calabrese’s story: “We believe in science as much as we ever did, but—Oh--there was happy time when we believed in scientists.” Scientists themselves should welcome their liberation from divinity.

Thirdly, since the LNT was a rehearsal for the precautionary principle which, inter alia, is a device for stopping the kind of innovation that we need for purposes as various as climate policy and cancer research, we should cast a beady eye on how that logic looks in the light of Calabrese’s careful account.

But let the last word go to Lord Lilley, a Cambridge-educated scientist and a member of Margaret Thatcher’s cabinet, who returns to the main point in his introduction:

Professor Calabrese has shown that a great many things that are damaging in large quantities may – in small doses, below a certain threshold – do no harm or even be beneficial. It seems that very small doses of potentially damaging substances can stimulate the repair and protection mechanisms that our bodies have evolved to help us survive.

You can have 'too much of a good thing.' But can you have 'too little of a bad thing?'

The sooner we find out, the better.