Some years ago I read a book review by the late Kingsley Amis, who was an acerbic critic as well as a distinguished novelist, that set a very high standard for negative notices. He opened the review with a list of the “schoolboy howlers,” mistakes of fact, and infelicities of style that rendered the book a tragicomedy of errors. On and on the list went, each stupidity seeming worse than the previous one, piling Pelion of ignorance upon Ossa of illogic, until it reached the following climax:

“That brings us down to the bottom of the first page.”

Not more need be said perhaps, but I was struck by Amis’s method. Great writers can wield the hatchet brilliantly—Lord Macaulay on Robert Southey’s Colloquies on Society is the beau ideal—but I don’t think anyone has wielded it more economically than Amis in that review. In one paragraph that dealt with a single page he dismissed any possibility that we might want to read the book except from motives of sadism.

I would have thought no one could match that technique until I came across Indur M. Goklany’s 2015 essay, The Pontifical Academies’ Broken Moral Compass, in which he analyses a joint statement by the ten Pontifical Academies titled: Climate Change and the Common Good: A Statement of The Problem and the Demand for Transformative Solutions.

You may need a little background information on this. A pontifical academy is an academic honorary society established by the Holy See and working under its direction. There are ten pontifical academies, the first founded in 1542 on literature and the fine arts, and the most recent in 2012 on, surprisingly, the promotion of Latin studies (which probably reflected the concerns of John Paul II and Benedict XVI more than those of the Vatican’s present occupant.) Though the academies operate under the Holy See’s direction, they enjoy intellectual independence and some of the 20th century’s most distinguished scientists and intellectuals, including Ernest Rutherford, Max Planck, and Nils Bohr, have been members of the Pontifical Academy for the Sciences.

There’s a problem, however. Papal authority on moral truths is binding on Catholic consciences (and should be heeded respectfully by non-Catholics because it emerges from a serious and sophisticated tradition of moral reflection); but secular knowledge on science or economics is constantly developing and under constant disputation among several authorities, all legitimate, and so it cannot be binding, except provisionally, on anyone with or without a religion. So which is which?

Whenever an encyclical appears, there are heated disputes between Catholics of different kinds and other moral-cum-religious traditions about whether this condemnation or that mark of approval is a moral truth binding on Catholics or merely a secular recommendation that we might try or discard according to taste. (Non-Catholics and progressive Catholics usually insist that a papal idea borrowed from some revolutionary Marxist Jesuit in Latin America is a Thomistic necessity binding on conservatives on pain of mortal sin.) 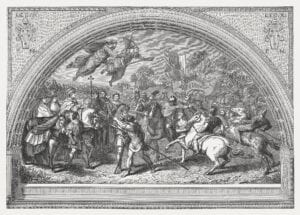 So the statement by the pontifical academies, which was in effect the secular knowledge provided to the Pope before he wrote his encyclical on climate change, Laudatio Si, was a very big deal indeed. Even those who expected not to like its contents could disagree with it without committing a mortal sin. And Indur M. Goklany did disagree with it somewhat on the lines of Martin Luther at Wittenberg.

Not that I have any idea if Mr. Goklany adheres to a conventional religion. But since he has worked with the Cato Foundation and Reason magazine in the United States, as well as serving as a senior official of the federal Department of the Interior, my guess is that he is a kirk member in good standing of the Church of the Scottish Enlightenment with a particular devotion to Saint Adam Smith. That would give him a deal of arrows with which to attack the Pontifical academies in all their scarlet splendour.

He needed only a few, however, because he confined his attack on the statement to its first paragraph (though unlike Amis his reply stretched over 23 pages.) Thus, close but no cigar. Still, here is the paragraph Goklany analyses:

Unsustainable consumption coupled with a record human population and the uses of inappropriate technologies are causally linked with the destruction of the world’s sustainability and resilience. Widening inequalities of wealth and income, the world-wide disruption of the physical climate system and the loss of millions of species that sustain life are the grossest manifestations of unsustainability. The continued extraction of coal, oil and gas following the ‘business-as-usual mode’ will soon create grave existential risks for the poorest three billion, and for generations yet unborn. Climate change resulting largely from unsustainable consumption by about 15% of the world’s population has become a dominant moral and ethical issue for society.

Goklany then takes each of the four sentences in the paragraph immediately above and subjects it to a merciless comparison with what we know about the actual world we’re living in. Each of his corrections is supported by strong evidence in the form of scientific findings, official reports, and national and international statistics. Indeed, there is a wealth of relevant scientific and economic information in each of the replies. And little or nothing is left standing of the four original assertions when he has finished.

It’s not possible to reproduce his entire argument in the limited space here. Nor could I improve on it anyway. For the moment, however, I’ll take each sentence in turn and add an quote from Mr. Goklany’s response, excluding the second sentence to which Mr. Goklany’s argument is too logically complex to allow a useful quotation:,

First Sentence: Unsustainable consumption coupled with a record human population and the uses of inappropriate technologies are causally linked with the destruction of the world’s sustainability and resilience.

If that were the case, the world’s population would either be smaller today, worse off than in the past, or both. But by the academies’ own admission the world’s population is at a record level. Equally important, human wellbeing is at or near its peak by virtually every objective broad measure. Consider this: between 1990–92 and 2014–16, despite a global population increase of 35 percent (or 1.9 billion), the population suffering from chronic hunger declined by 216 million. Consequently malnutrition also declined. Since reductions in hunger and malnutrition are the first steps to better public health, age-adjusted mortality rates have declined and life expectancy has increased. Even in low-income countries, life expectancy, probably the single best indicator of human wellbeing, increased from 25–30 years in 1900 to 42 years in 1960 and 62 years today.

Third Sentence: The continued extraction of coal, oil and gas following the ‘business-as-usual mode’ will soon create grave existential risks for the poorest three billion, and for generations yet unborn.

An analysis of the performance of 117 simulations using 37 models indicates that the average global temperature would increase 0.30±0.02◦C per decade for 1993–2012 but empirical data from HadCRUT4 surface temperature data set show that global temperature increased at half that rate (0.14±0.06◦C per decade). For the more recent 15-year period of 1998–2012, the average modeled trend was quadruple the observed trend (0.21±0.03◦C per decade vs 0.05±0.08◦C). However, the academies omitted any mention of how model results compare with reality.

Fourth Sentence: Climate change resulting largely from unsustainable consumption by about 15% of the world’s population has become a dominant moral and ethical issue for society.

As noted above, for the last quarter of a millennium the global increase in carbon-dioxide emissions has been accompanied by economic development and improvements in virtually every indicator of human wellbeing, including those affected by climatic factors (see, for example, Figure 1). The increases in income and reductions in poverty have also enabled households and societies in the more developed parts of the world to shift from biomass and coal for cooking and heating to cleaner fuels, and to gain access to electricity. Despite these improvements, poverty, hunger and their associated problems still persist, mainly in populations that lack access to affordable and reliable energy. The academies’ solution – a shift away from fossil fuels – could, by limiting access to cheaper energy, impede economic development worldwide and hinder this progress. In particular it would perpetuate poverty for the three billion the academies claim to champion, and slow their transition from biomass and coal to cleaner fuels.

In the light of these exchanges, we have to ask the pontifical academies a simple question suggested to us by the title of their statement: How on earth do we advance the common good by imposing a multitude of evils on people individually and collectively?