Elon Musk, after me the foremost scourge of Twitter, is much in the news these days. Not only for his high-stakes poker game against the unworthy likes of Parag Agrawal—an Indian immigrant with a bad attitude toward the First Amendment, doing the job (with a handsome pay package) that Americans just won't do—but for his direct challenge to the Wokerati whose private preserve Twitter, Disney, Netflix, and just about every other aspect of the culture have become. Naturally, the eccentric multi-billionaire immediately came "under fire," as the gun-shy media likes to say, for past sins real or imagined, and immediately turned the tables on his accuser in a way that even Bill Clinton never dared to do.

But as we've all learned over the past several decades, truth is irrelevant to the Leftist project, whose two-step program for fundamental transformation goes like this. First, posit a counter-factual. Second, act on it as if it were true while browbeating the bejesus out of your opponents. Lately, it doesn't matter how counter-factual or, indeed, utterly ridiculous it is: men can get pregnant, police should be defunded, and the "right" to an abortion can be found in the Constitution. The Hive Mind pushes these precepts and many more, and if you don't agree, then the only explanation is that you're some sort of racist or bigot, now the dirtiest words in the English language. There is no longer any such thing as dispassion, and the time for debate, disagreement, and rational discussion is over. Get with the program, comrade. 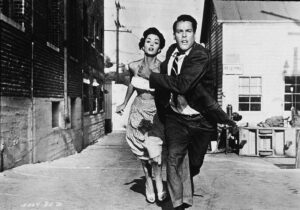 This is what happens when everything—sex, race, sports, politics, music, culture, pancake mix, butter, baby formula, religion, the nation-state, your Aunt Hilda—becomes political. Musk has, correctly, described such conformity as the "woke mind virus." Such a state of affairs is in fact the end-state of "progressive" cultural-Marxist thinking, which has substituted the permanent imposition of political correctness in place of what economic Marxism had initially anticipated, which in the words of Friedrich Engels was the "withering away" of the State itself.

The first act by virtue of which the State really constitutes itself the representative of the whole of society – the taking possession of the means of production in the name of society – this is, at the same time, its last independent act as a State. State interference in social relations becomes, in one domain after another, superfluous and then dies out of itself; the government of persons is replaced by the administration of things, and by the conduct of processes of production. The State is not ‘abolished.’ It dies out.

Wrong again, Freddy! What the Marxists discovered after they sandbagged the first, anti-Tsarist Russian Revolution and replaced it with their own, is that the State and its coerced minions in private enterprise come in very handy if you're a power-mad atheist bent on cultural destruction and your own supreme power. It took 75 years of Soviet communist rule, the blunt-force application of a central-European anti-capitalist philosophy promulgated by a malevolent hobo and his rich benefactor, for the Russian people to learn the partial error of their ways. In the meantime, the State never died out.

The "withering away" of the State is in fact the last thing the Left wants, especially as the Great Reset dawns in Davos. Oh, the nation-state can go once they have captured its armed forces; after all, such outmoded concepts as a "nation" only encourage such nasty concepts as nationalism, which must be stamped out by any means necessary. The communist Left didn't win its prolonged struggle with its former ally, National Socialist Germany, to countenance allegiance to something at once both higher and baser than the abstract ideal of International Socialism. That the version the Left is currently trying to impose upon us looks much more like the fascism of the Nazis than the communism of Stalin is left unremarked. But hey—omelets and eggs.

Which brings us back to Wokism -- now, amazingly, suffering a series of defeats as the Zeitgeist turns. In Florida, the thrashing of the Walt Disney Company by Gov. Ron DeSantis—the next GOP candidate for president, if the Republicans have any sense— vividly demonstrated how far the force of will, painfully applied, and an absolute refusal to accept their literally insane premises can go toward reversing the course of degenerate political correctness. DeSantis has shown that one arrogant corporation's "progressivism" is another man's sexual perversion, and that decent folks draw the line at the grooming of their defenseless children by those who can't reproduce any other way, whether by the House of Mouse or proselytizing operatives working within the taxpayer-supported public-school systems. The withering State is not so much fun when it's punching back, is it?

The quick rout of the Ministry of Truth under its nasty Gauleiterin, Nina Jankowicz, was also an encouraging sign, although technically the "Disinformation Governance Board" is only "suspended" pending an assessment by two of the most dedicated statists in recent history, Michael Chertoff and Jamie Gorelick. Naturally, the lickspittle media is furious: "The fate of the board is yet more proof that efforts to combat even clearly threatening disinformation will always be ripe targets for the purveyors of disinformation, and officials should have better anticipated and handled this obvious dynamic," huffed the once-respected Columbia Journalism Review, echoing the anti-freedom sentiments of Walter Lippmann in his 1922 treatise, Public Opinion. 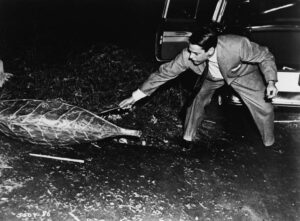 Even more fun has been the collapse of Netflix, a company that is living proof of Erick Hoffer's maxim that "every great cause begins as a movement, becomes a business, and eventually degenerates into a racket." What started as a way to make movies available to everybody for a small subscription price turned into a market-cornering monstrosity and ultimately into the woke "Streaming Service," which sought to replace the studios as the principal financier and greenlighter of motion pictures. It borrowed a fortune, produced next to nothing of value, drove good scripts out of the market, and has damn near destroyed the picture business by replacing professionalism with aspirationalism.

Faced with a subscriber exodus, a shareholders' lawsuit, and a loss of some $200 billion in market capitalization, and finally paying the financial penalty for trying to force endless remakes of Moonlight and other woke sermons down everyone's throat, Netflix has suddenly had an attitude adjustment:

More significantly, the document adds a new directive for employees to act with fiscal responsibility — a change that comes as Netflix in Q1 saw its first decline in subscribers in more than a decade. The updated Netflix Culture memo also includes a new section called “Artistic Expression,” explaining that the streamer will not “censor specific artists or voices” even if employees consider the content “harmful,” and bluntly states, “If you’d find it hard to support our content breadth, Netflix may not be the best place for you.”

And then there's Nancy Pelosi and her effective excommunication from the Catholic Church. Who says there's no good news? Would that Robinette—just banned from entering Russia— could be next.

Still, in the aftermath of the Great Covid Panic of 2019-22, the American economy continues to crater. Soaring gas prices at the pump, occasioned by Biden's cancellation of the Keystone Pipeline and all the anti-energy policies that have since followed, are only the most outward manifestation of the rot at the heart of the American experiment. Not just content with your body, the spirit-sapping demons unleashed by the Frankfurt School hunger for your soul as well. They want their passionate desire to kill children in the womb to remain uncensured by society and have not only protested but threatened violent riots should the Supreme Court stick to its convictions and overturn the moral enormity of Roe v. Wade this term. 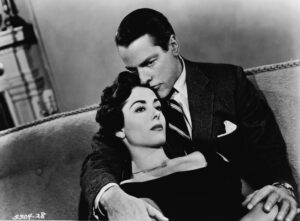 Just close your eyes and everything will be all right.

The stock market also recently has had one of its worst weeks ever, and polls show most Americans have utterly lost confidence in the Biden administration. Even worse, Biden's crack foreign-policy team is now encouraging historically neutral Finland to join a superfluous and outmoded NATO and thus fall under the alliance's Article 5 provision of "collective defense" should the Finns, as they often do, get into a spat with the bear next door. For those scoring at home, this is essentially how World War One started, but who reads history any more?

To add insult to injury, the country and its nursing moms are suffering through an absolutely predictable, government-created shortage of baby formula, apparently on the moral principle that if you can kill babies in the womb right up to the moment of birth, you might as well go the extra mile and starve them to death after they're born. In a reversal of the 1948-49 Berlin Airlift, airmen from the Ramstein Air Base in Germany have shipped over pallets of Nestle Health Science Alfamino Infant and Alfamino Junior formula: Operation Fly Formula.

The formula shortage will eventually ease. But something else will take its place. The litany of potential disasters under Joe Biden is endless, each baleful new development replicating like the pod people of Don Siegel's classic 1956 film, sucking the life out of human beings and institutions, absorbing mind and memory, and leaving nothing but husks behind. They never stop, they never sleep, they never quit.

You wanted "malaise," America? You "voted" for it—and you got it.

By the way, have you heard about monkeypox? Not a worry for you, you say? After all, "most initial cases of monkeypox have been among gay or bisexual men who have had sex with other males." Silly fellow. The Disinformation Governance Board, currently disguised as a giant watermelon, would like a word with you. As Kevin McCarthy (the actor, not the politician) warns at the end of Body Snatchers: "You're next!"