For Earth Day this year, Michael Moore gave environmentalists a very special present. It’s a greenish movie version of Oscar Wilde’s novel, The Picture of Dorian Gray, in which a young environmentalist sells his soul to the devil in order to stay pure but becomes rich by getting capitalism to fund the replacement of fossil fuel energy with carbon-free renewables. He thinks he has tricked the devil. But when he sees his photograph on the brochure of the new Green Energy Mega-Corporation as its CEO, he is horrified to find that instead of the shining youthful purity of his original countenance, it depicts the corrupt features of a greedy, grasping old titan, deep in sin.

In Wilde’s novel, Dorian Gray stabs the picture from repulsion and despair and dies. In the 1945 Hollywood movie with Hurd Hatfield and Donna Reed, he also stabs the picture but then turns dying to God and begs for forgiveness. But in the Moore reboot, Dorian simply closes down his Green Genesis investment fund (which has been the target of a damaging investigative documentary) and partners with Al Gore and Bill McKibben to establish a new Do It Right (This Time) Brazilian Rain Forest Eco-Partnership, after which he graciously accepts an award from the Sierra Club.

Now, that’s my summary of Planet of the Humans. On another page Tom Finnerty has a more thorough and thoughtful account of its plot and message. So you probably think you don’t really need to see the movie. But Tom and I would advise you to do so all the same.

Planet of the Humans is not a great world-changing documentary from an artistic point of view, and it’s not really a signature Michael Moore film either. He’s listed as its executive producer; it’s making an argument that fits comfortably inside his socialist outlook; doubtless he arranged its financing and production; and his name helps sell the final product. But instead of Moore’s trademark style of sarcastic accusation, it has a sadder but wiser more personal tone.

Its director, Jeff Gibbs, a frequent collaborator with Moore, is here his own Dorian Gray. He takes us on an autobiographical ramble through the last fifty years of the environmentalist movement as it goes from idealistic student radicalism into the tentacles of corporate sponsorship and as he goes from hopeful believer to disillusioned radical. The film’s merits are that it’s pleasantly watchable, occasionally very funny, tells a real story, makes an honest argument, and not least is given away free on the internet. What’s not to like? 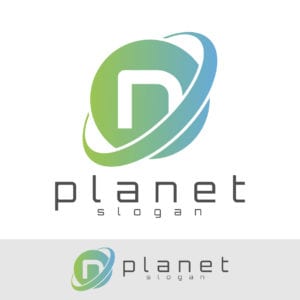 We'll get onto that in a moment. First things first, however: on the good side of the ledger, the film’s honest argument is that the renewables movement is essentially a fraud. And it makes that case very effectively.

The movie is cleverly bookended by two rock concert celebrations of the renewables industry—the first a small Vermont renewables fair, the second a massive star-filled exercise in corporate self-congratulation—that fall victim to the same flaw and illustrate the same argument. Though the concerts are supposed to be fully powered by renewable energy, they have to fall back on the local electric grid when the rain falls, the sun goes behind clouds, the wind falls away, or the amount of energy generated by biomass fuel is simply inadequate to keep a rock band bursting our ear drums. It’s comforting to know, thirty years after Tom Bethell wrote The Electric Windmill, that some things never change.

The argument these two events illustrate is that renewable energy sources—windfarms, solar energy panels, biomass—consume more energy in their construction and their operation than they generate for the energy user and they are not always available when needed (at night, when the wind stops blowing, etc.) This is a story that’s told—together with supporting statistical evidence, shocking pictures of post-industrial decay, and ominous music—again and again through the movie. It packs a punch. And it drives the message home.

I didn’t suppose I would usually go to the Hollywood Reporter for an economic analysis of the renewables industry, especially from a skeptical standpoint, but its review of Planet of the Humans hit this nail squarely on the head:

You may feel good about yourself if you drive an electric car, but don't forget that it's recharged by energy from a power company that uses coal or natural gas. And that the battery was manufactured by a company using fossil fuels. Solar panels are great, but they mostly don't last more than a decade or so. Renewable energy sources such as wind turbines are intermittent, leading to power outages unless they're backed up by power generated by fossil fuels. Indeed, there are no business entities running one hundred percent on solar and wind alone.

Two caveats should be attached to this insightful praise for the movie. The first is that, as supporters of the renewables industry have claimed, some of the film’s examples may be technically out of date—notably its criticism of the efficiency of solar panels. But that criticism would be stronger if “green energy” companies were not still demanding subsidies from the taxpayer to “compete” with the fossil fuels on which they rely. The day when these industries will see real profitability, moreover, constantly recedes into the future. Continued subsidies for renewables therefore undercut their fossil fuel rivals The reductio ad absurdum would be reached when fossil fuels themselves have to be subsidized to keep supplying renewables with the energy they need on cold rainy days. It’s the economics of absurdity, but alas that doesn’t mean it can’t happen.

The second caveat is that while it’s admirable that environmentalists should admit and examine their own mistakes, the fact is that all of the film’s accurate criticisms are recycled versions of what the critics of deep-green environmentalism have said all along. Some credit should be given to the “climate deniers” for understanding reality first. If you want a sharp, lucid, and witty elaboration of the best points made in Humans, here is an after-dinner speech from 2014 by the Australian geologist, Ian Plimer, to the IPA in Melbourne. I’ve posted this before, but I never tire of watching it, and neither should you. No offense to Mr. Gibbs, but Professor Plimer is much funnier.

There are villains in Mr. Gibbs’s account, of course. They include  billionaires like Michael Bloomberg and Richard Branson and (inevitably) the Koch brothers who have greenwashed their reputations with donations to renewables and similar causes. Refreshingly for such indictments, however, enviro-activists and political sympathizers are named in the indictment too: Al Gore, Bill McKibben, Robert Kennedy Jr., the Sierra Club, the Union of Concerned Scientists, etc., etc.

Gibbs has a lot of fun, cross-cutting from noble speeches to Green groups by billionaires and high-profile enviro-activists to pictures of their failed renewable schemes and the dereliction the failures left in their wake. Hypocrisy is always an inviting target, and here it’s often an amusing one too. The message is hammered home that in dealing with the billionaires, the McKibbens and Concerned Scientists lent their prestige to the cause of enabling the rich to get still richer from renewable schemes that never had any real prospect of delivering a better energy source than fossil fuels.

But is that entirely true? And even if it is, is it entirely fair? Did the moguls and their green allies know that their investments were no more than ways of greenwashing carbon-based energy? That seems very doubtful to me. There must be at least the possibility that they hoped these investments would finance technical breakthroughs that would lead eventually to clean energy with no side-effects. Half the world’s scientists are trying to do just that. Indeed, the most likely solutions to the problems of energy and climate are technical ones. Admittedly, we can’t rely on future technical breakthroughs, as moderate environmentalists do when relying on carbon capture to justify a net-zero emissions policy, but it would be foolish to deny their possibility when history is littered with them. As Bertrand Russell used to say: “The existence of something is absolute proof of its possibility.”

But Planet of the Humans doesn’t grant that possibility. Indeed, the film has an almost religious objection to technical “fixes,” as do some of the activists they interview at protests and demos. The mere idea of a technical fix is denounced as a monstrous and threatening heresy. And this objection seems to arise less because the fixes would fail than because they might succeed and thus postpone the collapse of the present industrial system. As the film winds down, its message seems to be something like:

The End is nigh, and if it isn’t, it should be. So don’t talk to us about solutions.

That’s odd because Gibbs and Moore would usually be expected to advocate some such solution as socialism at this point. Its absence is glaring here. Tom Finnerty has a very interesting discussion of the reasons for this in his review, and I strongly recommend it. My own guess is that the filmmakers have a strong prudential reason for avoiding the topic.

Attacking capitalism is easy and acceptable in the current climate of opinion in which support for socialism is growing. But whatever its other attractions, it’s nearly impossible to advocate socialism on environmental grounds plausibly. Much the worst industrial pollutions, including Chernobyl, have not only occurred under socialist regimes but they have also been clearly traceable to the incentives of the socialist system. That truth has escaped from learned journals into the public mind, and it can’t be forgotten. So the film is shy about advocating socialism.

Its substitute for a solution is reducing the world’s population. Less is better. We are the problem. We are destroying the world, and the world will strike back, unless we master ourselves and reduce our numbers. That argument may initially sound responsible, but it's dangerous, unworkable, and short-sighted

Dangerous? The twentieth century shows the dangers of seeing people not as individuals with human dignity but as destructive pests. I’ll leave it at that.

It’s unworkable because governments can’t control population as they wish and make a mess of it when they try. China’s “one child” policy led to a serious population imbalance—not enough girls—and had to be abandoned owing to popular opposition.

Short-sighted? We know how to reduce population most effectively, and direct government anti-natal policies are not it. It's when it happens through millions of voluntary choices as a result of larger social changes. People have fewer children when women get a good education and when their employers seek to make the workplace both a family friendly environment and a flexible working one. Other policies play a part—affordable housing, for instance, so that lovers can found stable families.

But the key to all of them is that they are the kind of social policies that are found only in advanced, prosperous, democratic, market, and free societies in which women share fully in making family and social decisions. And such societies are the opposite of the poverty-stricken, cramped, static, technically-backward, and authoritarian societies that Greta Thunberg and the enviro-extremists want to introduce—and of which we’ve recently had a most unpleasant taste in the Covid-19 lockdowns.

And because we’ve had a taste of it, the End is probably not Nigh.