Never underestimate the power of fear, stoked by the media, to cause some humans to behave like morons (usually Leftists). Netflix is showing a documentary series on the Son of Sam killings, which terrified New York City in 1976 and 1977. The series presents a completely unconvincing case that David Berkowitz was not the sole participant in the killings. Yet in watching the first episode, the parallels between the fear generated by the murderers that swept through New York City and the hysteria over Covid-19 are both astonishing and chillingly instructive.

David Berkowitz carried out a series of random shootings over a 13-month period, primarily in Queens with two in the Bronx. Once it became known that the perp was likely a serial killer, who struck randomly at night, targeting women with long brown hair who were either alone or with boyfriends in vehicles, people's behavior started to change.

Women spoke of how terrified they were, to the point that many would not leave their homes without putting their hair up in a bun in broad daylight – as if the killer might see them during the day and become inspired to target them. This behavior made no sense.  It was known that the killings were opportunistic, and with the aforementioned criteria, long before Berkowitz’s arrest. 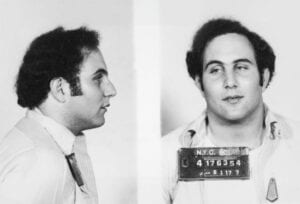 The dog made him do it.

Nonetheless, fear ruled, and this fear was entirely whipped up by the media. Sure, women and those who love them were concerned, but this was New York City during one of the worst periods in its history -- decrepit, corrupt, literally falling apart, bankrupt, and with incompetent leadership.  It’s not an exaggeration to say that one was far more likely to be mugged walking down Fifth Avenue in broad daylight than being shot by a serial killer.

Thanks to the New York Post and the local media, however, what the Son of Sam shootings did was put enormous pressure on the New York City Police Department.  The department itself couldn't seem to get out of its own way, was plagued by poor management, and all it did was contribute more to the frenzy.

Here we are 35 years later, and exactly the same thing is happening with the coronavirus.

As we've known from the earliest days of the “pandemic,” those who were most vulnerable were over the age of 65 who had an average of three comorbidities. Since then, we've learned that the overall survival rate for people who catch the virus is north of 99 percent. The requisite behavior would have been to quarantine the elderly and other high-risk individuals, and leave everyone else alone.

Barring that, if one is in a high-risk category, and chooses a situation in which one is likely to contract the coronavirus, that person stands a pretty good chance of dying.  But one must go to great lengths in order to accomplish this.

Analogously, the odds of being targeted by David Berkowitz during the day, and then killed by him, which would also require one to be parked on a dark street after midnight, while sporting long brown hair, were minuscule.  Again, one literally had to be foolish enough to put oneself into that high-risk category in order to end up as a victim.  Yet even then, the odds were astronomical that one would choose a street that Berkowitz had himself randomly selected.

In perhaps the strangest ironic twist, we can thank New York Gov. Andrew Cuomo for analogously putting thousands of young women with long brown hair into parked cars on dark New York City streets after midnight.  He plowed the elderly who were infected with the virus right into nursing homes, and the thousands who have died are direct results of his incompetence.  Yet nobody calls him a serial killer. 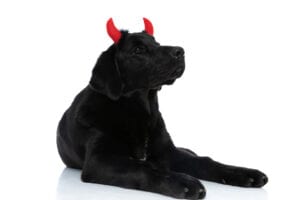 The point is the power of fear historically overwhelms common sense.  The hysteria in both cases was entirely unjustified given the risk.  This is the area where Americans need to become vigilant, because fear controls, and that only serves Leftists.

Back then, the media was only interested in one thing: eyeballs. Anyone with any sense knows Jimmy Breslin was a gift to journalism, but in the Son of Sam case, all he did was sensationalize the story and whip up the panic.

The situation is more insidious today.  Eyeballs are harder to come by, so the media is more relentless and ruthless than ever.  Yet now the media is a wholly-owned subsidiary of the Democratic Party, and is bound and determined to carry out Leftist policy in addition to its self-serving mission. That’s why millions upon millions of Americans believe themselves to be the equivalent of young women with long brown hair who are parked in cars on dark New York City streets after midnight. L.A. County and others like it reached the height of absurdity when it instituted curfews, because the coronavirus – like Berkowitz – apparently only went hunting at night.

There are few real journalists left, and those who do exist can’t be bothered to parse the data the way I and others have, so that a true picture of risk can be provided to the public.  We appear to be spitting in the wind, just as other common sense observers of the Son of Sam killings were in 1976-77.

The serial killer David Berkowitz was found using good old-fashioned police work brought on by a stroke of luck -- his presence at the final crime scene was betrayed by a parking ticket. Berkowitz confessed on the scene, pled guilty, and was sent to prison forever.

The analogy is that the media, government, and hysterical leftists should have actually listened to the real science. Rather than throw the entire country into hysteria over a risk on par with being struck by lightning, it would be nice if rational heads had prevailed.  Just as all of New York City went into a one-size-fits-all solution, so did our entire nation.

There's just one difference. New York City was already in the middle of an economic disaster, the killing spree was just the cherry on top. In 2020, the American economy was booming.  By succumbing to irrational and unscientific fear, millions of lives have been devastated. Collateral damage data will come out eventually.  We will discover that far more lives were lost and or irreparably damaged as a result of lockdowns than the virus itself ended.

When Americans should fear the most, however, is that this will not be the last time that fear engulfs reason and destroys liberty. Having seen the unprecedented upside to shaking the American snow-globe, including the apparent theft of a presidential election and instantaneous demonization of those who opposed the official narrative, expect leftists to continue to rely on media-whipped fear.