I took an extra long shower, after a very hard workout and two glasses of champagne, to keep me from calling my client and screaming like a crazy person. Truth be told he deserves to be yelled at.  We have a planet to save and we act like it can just wait.  For the third time in two years, Davos is being cancelled as if we have no resource or ability to get it managed. Produced by the WEF, it is the pet project of the world’s most facile and capable billionaires turned eco-warriors, and yet here we are—crouching behind a closed door as if scheduling a conference is a Sisyphean task.

Trust me I could do it.  Singlehandedly.  Not to mention the people who are sitting in air-conditioned cubicles for this express purpose.  I understand Switzerland wants no part of us, having locked down tighter than a drum, but surely there are dedicated folks who arrange software conferences and wedding fairs. Where might they be? Las Vegas? Orlando? I just can’t sit idly by while our planet heats up and our oceans fill with covid masks and PCR tests.

Don’t think me callous for turning on lovely Davos so readily. Some of the best parties and fondest memories have happened there over the years. But THE POINT was to save the planet, and it just can’t wait for zero-Covid. But oh how I’m going to miss seeing the jets from every conceivable country lined up—like united soldiers in service of winning the war on climate change. Last year only a literal handful of us went… those of us with meetings that couldn’t be rescheduled or ski holidays that had already been booked. The promise was, that we would do the work in Singapore eight months later, but that got cancelled too. 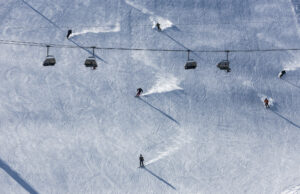 Do you have any idea how expensive this is?

But first things first. Calm down sufficient to have a sane conversation with my client, and then propose other options. Probably not a good idea to sound like mean mommy even if he could use a spanking now and again.  If only St Barts or Lyford could accommodate us all, half of us are already there.

After ordering sandwiches and a large pot of tea to clear my head, I came up with the conclusion that I needed some new blood—someone else to help me poke a stick at the bottoms of these eco-snorers. Enter the swashbuckling young eco-warrior currently embracing vivariums and eco-conscious social media whom I had hoped to connect with in Davos anyway.  I decided to reach out to him and propose a partnership to produce a sophisticated, and effective eco-summit. This could work. I’d have him—the debonair young CFO— to help with scope, but the overseeing would require someone like me, with the vast connections, maturity, and experience to chart the course.  Wiping some butter from my fingers I rang…

‘I need your help with a brilliant endeavour I’ve in mind—and alternative to Davos.’ I said.

‘An alternative? Would that be one in which you don’t blame mankind for the natural course of things?’

‘No, not that.  One in which we don’t reschedule. One that actually happens.’

‘… where you haven’t wanted to live since Covid began.’

‘Well…yes’. I said. ‘But that’s—California. I was thinking more like… Florida.’

‘I see. So you propose to ring up Klaus Schwab and suggest…The Magic Kingdom.’ 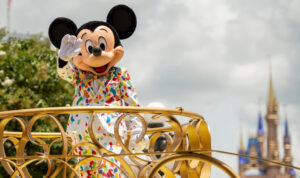 ‘NO, Daddy. Forget him! What has he done? Preside over three cancellations while both the planet and my blood boil? No! I was thinking of the young man you were talking to at Balnagown—he was planning a biosphere II.’

‘Ah yes. Because the first one was such a success.’

‘I can’t possibly forget.  The first attempt was an unmitigated disaster and he now plans to re-stage this debacle—in outer space.’

‘What’s wrong with that? The idea is to build a fully recycling ecological system.’

‘Which we couldn’t even manage on earth. Sweetheart, you may not remember that cock-up that dominated every news programme, in painstaking and sanctimonious detail, but scientists had to open the thing up and go in—several times.  Early on they ran out of food.  Then it was the air, and then the water, and two of the scientists, I mean brave heroes, had a near meltdown. Eventually they had to let the poor folks out and scrap the whole lot. It was an unqualified disaster. No— a manmade disaster. Which just proved that our planet is indeed the place to be.’

‘Fair enough, but he’s done other things.’ I huffed.

‘Like start a whole company that sold electronics and phone chargers.’

‘…That were manufactured in China, sweetheart, I’m not sure he’s your poster boy. And he was particularly proud of an LSD trip that he said retooled his mind, of which I have no doubt.’ 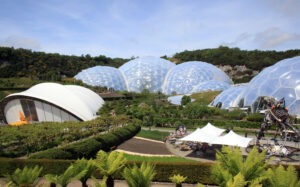 I was thinking something along these lines.

‘You see Jenny, it’s not just the absurdity of building a biosphere on another planet, his actual plan was space as a teaching tool—that if we could engineer a way to live in space, we could use those same systems to navigate more responsibly on this planet. Surely you must see the idiocy of trying to engineer a way to live in a place where we don’t know how to live, in order to live where we already know how to live.’

Of course he had me with that. I took a gulp of water, and steadied myself.  ‘Daddy, listen, I am determined not to let another year go by where we don’t actually DO something about this planet.’

‘OK, I’m sorry, baby. Let’s figure this out. He had some success with locally sourced food, am I right?’

‘No. Total failure. ,You’re thinking of my friend, Sheherazade. Hers was a success. But then she quit it, and married Zac Goldsmith. And then they divorced, and he ran for mayor, and then she dated that Mexican movie director who won all the awards, and then she dumped him and he lost every nomination the next year doing that film you called the dog poop movie.’

‘Right. So, what about a totally green conference? One where you do it virtually and no one increases his carbon footprint.’

‘That’s the worst idea you have ever had.’

‘I’m glad you think so. I just never know how far you green-niks are willing to take things. Listen, why don’t you finish up there, come home, get dressed and we can all go to the New Year’s party together.  We could share a cab… it’s very green.’

‘Daddy, he’s an OIL BILLIONAIRE! I’m not saying I don’t want to go… I’m just saying it’s silly to be talking about green.’