Earlier this summer Senator Martin Heinrich (D-N.M.), one of the most ardent environmentalists in national politics, wrote a typically brainless Op-Ed in the New York Times on electrification and the push for net-zero in the Democrats' multi-trillion dollar infrastructure bill. Over at Capital Matters, Paul Gessing of the Rio Grande Foundation does us all a favor by thoroughly demolishing it.

Gessing opens with an important clarification --

Unfortunately, in Heinrich’s parlance, “electrification” does not mean bringing much-needed electricity to impoverished corners of our country, including the Navajo Reservation right here in New Mexico. No, the legislation he’s pushing in Congress — and the funding he’s advocating in the infrastructure bill, specifically — do nothing of the sort. By “electrification,” the senator means that he’d like federal, state, and local governments to phase out or completely ban your natural-gas stove, oven, and furnace, thus requiring you to use electric heat and stoves.

Which is partly to say that the bill itself is almost the antithesis of an infrastructure bill. Instead of putting government money towards what were once called "internal improvements" with the goal of raising the standard of living and improving economic conditions in neglected parts of the country, this bill ignores those forgotten places while seeking to lower standards of living and weigh down the economies across the board. This is what the Left calls "equity."

Gessing points out that, until a few years ago, environmentalist groups such as the Sierra Club actually supported natural gas, due to its cleanliness compared to coal. He mentions that Barack Obama even touted its potential for reducing atmospheric CO2. But now major American cities like Sacramento, Seattle, and New York have begun the process of banning natural gas in new construction.

The environmentalists had it right the first time. As regular Pipeline readers know, the United States has led the world in carbon emissions reduction since the year 2000.  Senator Heinrich and his allies, meanwhile, imagine that it can be entirely replaced with electricity generated by so-called renewable resources. That would be quite the trick, considering the fact that only about "10 percent of current electricity production comes from wind, solar, and geothermal combined" while this proposed transition "would increase U.S. electricity consumption by 40 percent." No surprise that Germany's attempted wind and solar transition has resulted in an increased reliance on coal, not to mention skyrocketing energy rates.

It's worth noting that the politicians pushing these policies are often working against the interests and preferences of the citizenry. The majority of people even in liberal cities want natural gas because it is "clean, affordable, and reliable energy," in Gessing's phrase. And Heinrich's home state of New Mexico is a major natural gas producer -- his own constituents would suffer if his preferred policies were fully enacted! In saner times, the residents of these communities would simply vote the bums out, but nowadays extreme partisanship protects activists masquerading as representatives.

It's quite the boondoggle. Just like Senator Heinrich's electrification proposals.

Throughout the 2020 presidential campaign, candidate Joe Biden was rarely left on his own to articulate his economic plan for recovering the pandemic-wounded economy. He and his surrogates so routinely punted on details of his vision for recovery that one might have mistaken them for the 2020 offensive line of the Dallas Cowboys…or worse, the Chargers. Those who voted for him presumed that any Biden plan would include job creation since jobs are foundational to any economic recovery... but even more so after a summer of BLM building-burning and pandemic-driven lock downs.

Oil and gas industry workers were particularly fretful about how a Biden administration would "Build Back Better" when Democrat hostility has underpinned every reference to their industry. They knew well that their industry would bear the brunt of whatever plan the administration eventually conjured up. After all, Biden had promised to end fracking during the second debate…a moment of inadvertent candor that created a momentary panic within his campaign.

Within days of taking office, it was not job creation that illuminated his path to recovery. Instead, he presented a plan for cutting jobs…. lots of them. President Biden signed an executive order canceling construction of the XL Pipeline. Almost immediately 11,000 direct jobs are on the chopping block for elimination, with an estimated 60,000 additional indirect jobs that will potentially be eliminated. These are well-paying, blue collar jobs. The kind of jobs that represent real economic impact.

Then, days later, it happened again. The Biden administration announced another executive order that will cause further economic destruction. The order directs the Department of the Interior to suspend new oil and natural gas leasing on public lands and offshore waters, concurrent with a comprehensive review of the federal oil and gas program. According to the press release, the order "will help restore balance on public lands and waters, create jobs, and provide a path to align the management of America’s public lands and waters with our nation’s climate, conservation, and clean energy goals.”

Together these orders portend negative economic implications, reverse positive environmental trends and weaken national security by negatively affecting energy security of the U.S., an achievement of the Trump administration that unquestionably changed the geo-political landscape.

At the state level, the implications are grave. Wells on federal and trust lands account for about 20 percent of the nation’s oil production, and less of its gas output. However, the companies that own these leases pay taxes, based on production. These fees help fund millions of dollars of the budgets of a number of western states and Indian tribes including Wyoming, Utah and New Mexico where the federal lands are located. Of those states perhaps New Mexico and the Ute Indian tribe will be most negatively impacted by the second of these two Executive Orders. 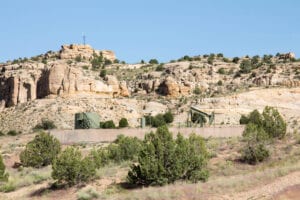 According to the New Mexico Oil and Gas Association and the American Petroleum Institute’s (API) new analysis, there will be profound negative consequences for New Mexico if a ban on federal leasing and public lands takes effect. New Mexico, which accounts for 57 percent of federal onshore oil production and 31 percent of onshore natural gas production, is projected to lose more than 62,000 jobs by 2022 and more thereafter, This represents more than five percent of all the jobs in the state by 2030. With nearly 40 percent of the state’s budget funded by natural gas and oil production, a ban puts at risk more than $1 billion of federal revenue sharing which helps support New Mexico’s entire budget. New Mexico voters chose candidate Biden to be President Biden. If the oil and gas industry were a nose, the voters of New Mexico just cut it off to spite its own face.

Because of the Biden administration’s attack on U.S. energy production, the implications are also environmentally detrimental. Currently, the U.S. is a net exporter of energy. This was achieved by oil and gas extraction from shale. Natural gas has proven the driver of unprecedented lower emission levels. In fact, the levels have been so low, the Americans led emissions reductions when compared to the bloviating bunch of dooms day Paris Climate Accord signatories.

By removing the ability for the U.S. to produce domestic energy, two things occur. First, the use of coal, which had been on the decline in the U.S. will not end up being retired, as is the current plan. Next, coal generation, according to the API’s analysis, will initially increase by 6 percent under a permit ban, and will continue to increase by 15 percent in 2030. As a result, CO2 emissions will increase by an average of 58 MMT and will continue rising, ultimately representing a 5.5 percent increase by 2030.

Finally, there are the national economic impacts of the proposed permit ban. Immediately following implementation of the federal leasing restrictions, U.S. economic growth will slow. Lower U.S. energy production and higher energy prices will reduce GDP by a cumulative $0.7 trillion according to the API analysis.

It is clear that the Biden administration does not value U.S. economic superiority, nor the impact a strong economy has on our citizens. Instead, the administration seeks to weaken the country by undermining the most foundational element to innovation and economic vitality -- inexpensive and abundant energy, delivered by those working in the oil and gas industry.

Whether it's due to the political and financial debts President Biden and his family and many in the administration have to China, the influence of contributors and environmental extremists, or even more sinister motivations, doesn't matter. As an industry, we must defend our country against the madness of unmaking America. We must engage in the arena of ideas, engage in our state legislators to push back against these attacks and ensure it we drive our own narrative. There is not “someone else” who will do it for us. We must do it on behalf of this great country… to save our industry and save our county.