In the 1930s John Strachey, later a sober moderate cabinet minister in Clem Attlee’s postwar U.K. Labour government, wrote a book with the ominous title, The Coming Struggle for Power. As anyone familiar either with the politics of the day or with Orwell’s writings about that time could have guessed, Strachey called himself a Marxist but was in fact a comfortable bourgeois journalist, the son of the then-editor of the Spectator, who had never come closer to a genuine struggle than when he disputed with a friend over who should pay the bill for lunch.

But his book was one of many in those times which weakened the moral self-confidence of the Western democracies in their own free societies with the result that they would enter the Second World War and later the Cold War hesitant, badly-prepared, and uncertain of purpose. If a book named The Coming Struggle for Power were to be published today, its title would carry an ominous double entendre because the West today is locked in a struggle with China over both geopolitics and world energy resources.

We have been understandably reluctant to acknowledge this conflict (which like an iceberg is only one-eighth visible above the surface) because no one wants to repeat the failure of Franco-British policy in dealing with the rise of the Kaiser’s Germany prior to 1914. The horrors of the Great War explain our fears well enough. But that war also undermined the illusion cultivated by some of the best minds of that time that trade and economic cooperation between the great powers—aka the “power of facts”—had made war between them illogical, pointless, almost impossible.

In August 1914, however, as one historian wrote, the power of facts took a terrible hammering from the facts of power.

One relevant fact is that industrial development, prosperity, and mutually beneficial trade do not automatically convert a country to political liberalism at home and commercial pacifism abroad. Wilhelmine Germany had enjoyed its own great economic rise in the 19th century, but it saw the rapid industrialization of Czarist Russia as a reason to wage war before its emerging rival became too powerful and a threat. The Kaiser’s Machtpolitik demonstrated that a nation’s interests and intentions, evidenced in its political culture, may dictate war on the grounds that security is more important than prosperity. And every now and then an event occurs that, whether large or small, inadvertently throws a spotlight on what is really driving a country’s overall “grand strategy.”

The Wuhan virus, as we’re not supposed to call it, has just thrown such a spotlight on Beijing’s drive for a more powerful role in world politics. Such a drive is itself legitimate. And if it’s accompanied by a willingness to work cooperatively with other countries and to abide by agreed international rules, other nations should strive to accommodate the rising power in collective global arrangements.

But the Chinese government’s handling of the Wuhan virus combined brutality in its suppression of ordinary citizens in its attempt to suppress the virus, an obsession with secrecy as it sought to protect its own image, a failure to inform other governments that a dangerous epidemic was spreading in and over its borders, pressure on the World Health Organization to delay warning the world of what was coming its way, outrageously dishonest propaganda blaming the virus on  the US, and forbidding air flights from Wuhan to other Chinese cities while allowing them to other countries as the epidemic was still raging there. All of this represented irresponsible national egoism on a global scale. 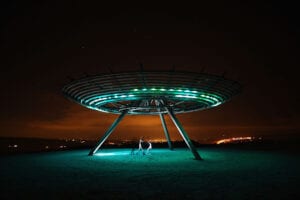 It also reminded other countries of how China under its present regime has behaved on other matters in recent years: its imprisonment of vast numbers of its Uighur minority in a new gulag; its creation of a virtual panopticon that keeps watch on dissidents via the internet, even to the point of being able to instruct airlines not to allow them to board flights; its widespread theft of intellectual property; its purchase of political influence in other countries by hiring senior political and civil service figures for Chinese companies, as well as by outright bribery; its attempt to control Chinese minorities abroad; and at home the restoration of a quasi-Maoism by Xi Jimping who also proclaimed himself President for Life (an absurd but revealing title.) As a result of Wuhan all these factors now seem to demonstrate the naivete of the idea that bringing communist China into the structure of global governance, in particular the World Trade Organization, would make the country a liberal democracy over time.

Or, as I quoted Rupert Darwall as writing last week: “Xi’s historic accomplishment is falsifying the globalists’ liberalization thesis.” That means not that we are heading for a war between the world’s two major nuclear powers, which would be a disaster for all mankind, but that the West, above all the United States, should be sufficiently strong to deter China from any foolish military provocations and, more broadly, to contain China as we contained the Soviet Union until its political system evolves or its political leadership changes course.

Right on cue, the same important story appeared last week in the London Times, the Daily Mail, and The Australian. Here is the Mail’s opening salvo:

The US would lose a war with China fought in the Pacific, is unable to defend Taiwan from an invasion and fears the Guam military base is at risk now, US defense sources have warned. ‘Eye-opening' Pentagon war games have revealed growing fears the US is vulnerable to threats from China and that any attack would lead to the US 'suffering capital losses', the sources said. The worrying analysis is expected to come to light in the Pentagon's 2020 China military power report this summer.

This is alarming, of course, but far from despair-inducing. Most of the studies of a US-China military clash are based on what the military balance between the two nations will be like in 2030. The Pentagon is now planning a larger military commitment to East Asia; the U.S. economy is still more technologically advanced than the Chinese (and will now be more watchful towards technical espionage); and though both economies are likely to suffer some damage from the Covid-19 and lockdown crises, historians will recall that the prospect of war was what pulled the U.S. economy out of its New Deal doldrums and into a massive expansion both industrially and militarily.

For the one requires the other. It’s not possible to build up strong modern military forces except on the basis of a strong modern advanced economy which in turn must rest on the most efficient energy-producing industries. China recognizes that fact and acts upon it. Despite his brief flirtation with President Obama when they  shook hands and agreed to pursue the carbon reduction targets under the Paris accords, President Xi Jimping has adopted a very different practical agenda. As Darwall points out:

Despite being feted as a climate saviour, China’s drive for coal continued unabated. A 2018 plant-by-plant survey by CoalSwarm found that 259 gigawatts (GW) of new capacity are under development in China, comparable to the entire US coal fleet (266 GW). If completed, the new plants 29 will increase China’s current coal fleet of 993 GW by 25%. Abroad, China is involved in 240 coalfired power projects in 25 countries as part of its Belt and Road Initiative.

Before the advent of the Covid-19 pandemic, the U.S. had a successful and expanding economy based in part upon the fracking revolution that gave it low-cost, high-productivity, reliable energy without subsidies. That was a solid foundation for a stronger American military. Europe was a sadly different proposition: continental Europe has embarked on a quixotic crusade to reduce the rise in world temperature to 1.5 degrees Celsius since the advent of industrialization by reducing its use of fossil fuels to net zero-carbon emissions by 2050. Not surprisingly its economies are stalled. Britain has adopted the same self-destructive target and, in doing so, has abandoned the fair prospect of its own fracking revolution. And almost all predictions of the effects of this net-zero ambition, if it is seriously attempted and sustained, are that the countries concerned—all Western countries—would suffer a prolonged depression.

And all that was before the virus and the lockdowns.

Now, it is becoming the conventional wisdom in Western Europe, Britain, and Canada that the hoped-for post-Convid-19 economic recovery will be rooted in a Green New Deal that will direct resources not to recovery as such but to ensuring that any recovery will favour “Green” industries and deny investment to industries dependent on fossil fuels. And if Joe Biden were to win the November election, this same policy approach would be adopted in the United States too.

In his new study of the likely effects of such a policy, John Constable of the Global Warming Policy Foundation points out these results would be extremely damaging.:

[I]t is the adoption of high-productivity energy sources that is responsible for modern growth. Turning our backs on those energy sources would have been unwise even in a state of continuing global growth fundamentally driven by Asian use of coal and oil, as well as a resurgent North American use of gas. To do so in time of suppressed global trade and growth has the potential to be genuinely dangerous in the longer term, and perhaps even in the short term.

Dr. Constable thinks this would be a “counterproductive disaster,” and he does not take account of the West’s military competition with China in his calculation. Nonetheless, he thinks that the civil service [in Britain] will press the policy, and that the politicians will not resist. One might add that in the U.S. and throughout the West the media, academia, most cultural institutions, and large numbers of the voters will be eager partisans of the same counterproductive disaster. And if the Chinese communists win the battle for power as energy, they will be hard to beat in the struggle for power as geopolitical hegemony.

John Strachey abandoned Marxism in 1940, left the Communist Party, joined the Labour party, and volunteered for the Royal Air Force in which he served until 1945 when he was elected as a Labour MP and appointed Minister of Food in the Attlee government. For the remainder of his career, he was a forceful voice for moderate social democracy and common sense in British politics.

Almost certainly, there will be decent people who similarly realize the terrible consequences of this New Green Disaster when they see the poverty it visits upon their fellow-citizens, and who make the same political U-turn as Strachey did. But will that realization dawn before the Chinese Communist Party has achieved an economic and military world hegemony?